Patricia Olsen said her husband always wanted to give a tree to Portland. 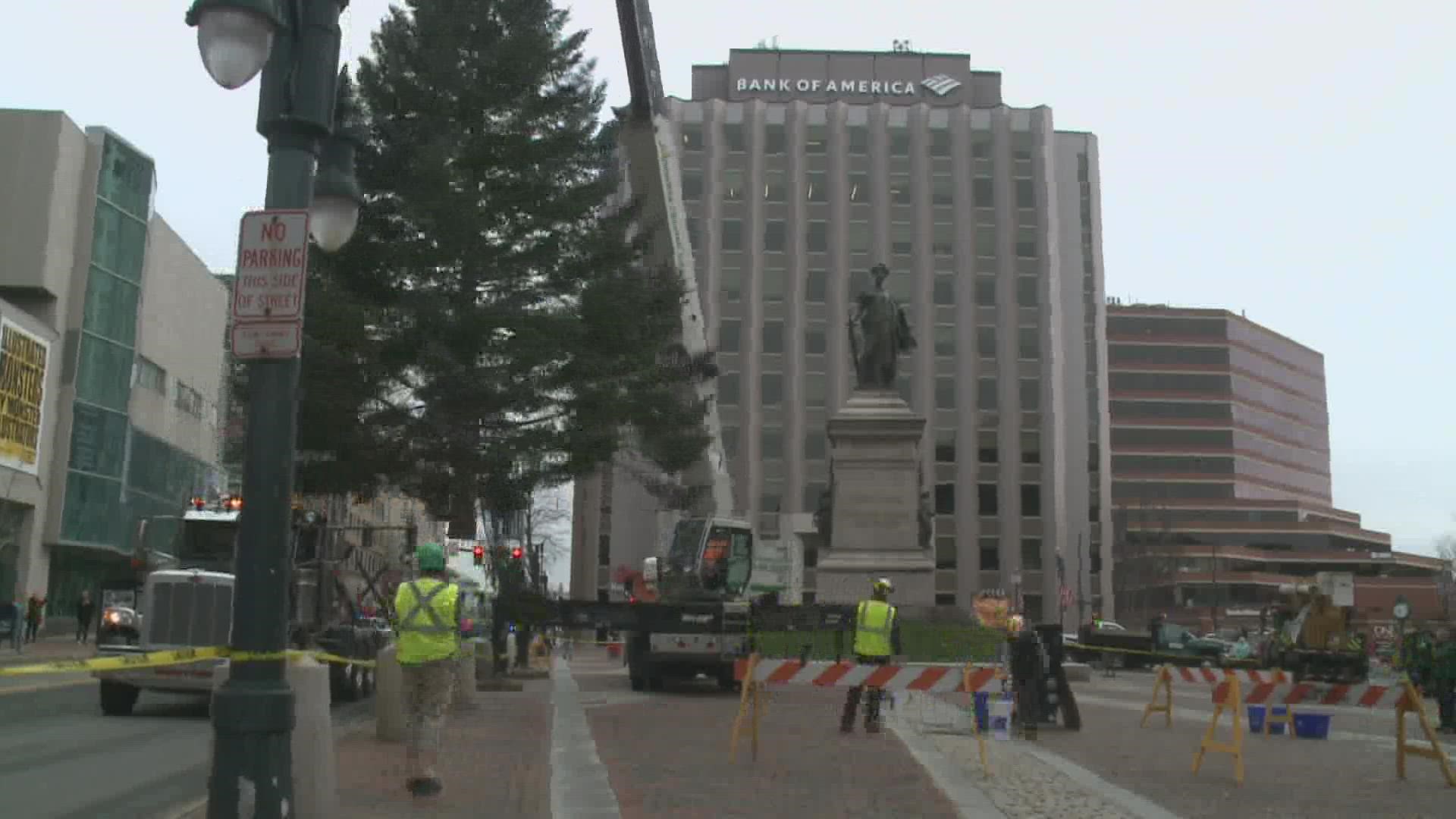 PORTLAND, Maine — Patricia Olsen watched as her 40-foot balsam fir tree was hauled away from her Portland suburb on a flatbed truck.

“It’s a little sad; a little happy,” she said, standing next to the stump that remained. “[It’s] kind of a mixture.”

Olsen and her husband, Richard, knew this tree was special years ago. And, Richard had always wanted to donate a tree to his home city of Portland. Olsen got a surprise this fall when city workers knocked on her door.

“They came and knocked on my door and asked me if I’d be willing to give it to ‘em,” she recalled. “And I said 'yes' because my husband had always wanted to give a tree to the city.”

Jeff Tarling is Portland’s top arborist. This is one of his favorite days of the year.

“One day a year we stop and pause, and we move a tree for Monument Square,” he said as his crew finished loading the Olsens’ tree on the flatbed.

“This one really spoke to us,” Tarling added.

They got a dozen donation offers this year, Tarling said, but when they found the estimated 40-year-old fir five miles north of downtown, they knew they found their one.

“It’s tall, and it looks perfect,” Andrew McIver, who lives near Olsen and came outside to watch the action, said. “I can’t wait to see it light up.”

Olsen is particularly bittersweet donating her tree this year, specifically.

“My husband passed away last year,” she said. “So it’s kind of a fitting memorial to him.”

Now, thousands will walk by the square and look up at the tree, especially after the city lights it on Black Friday.

And, when the season is over, Tarling said, the tree will be mulched and spread around the city’s gardens.

“That’s very nice,” Olsen said when she learned of the final plan for her tree. “I like that idea.”

Now, the Olsens’ gift will last even longer. 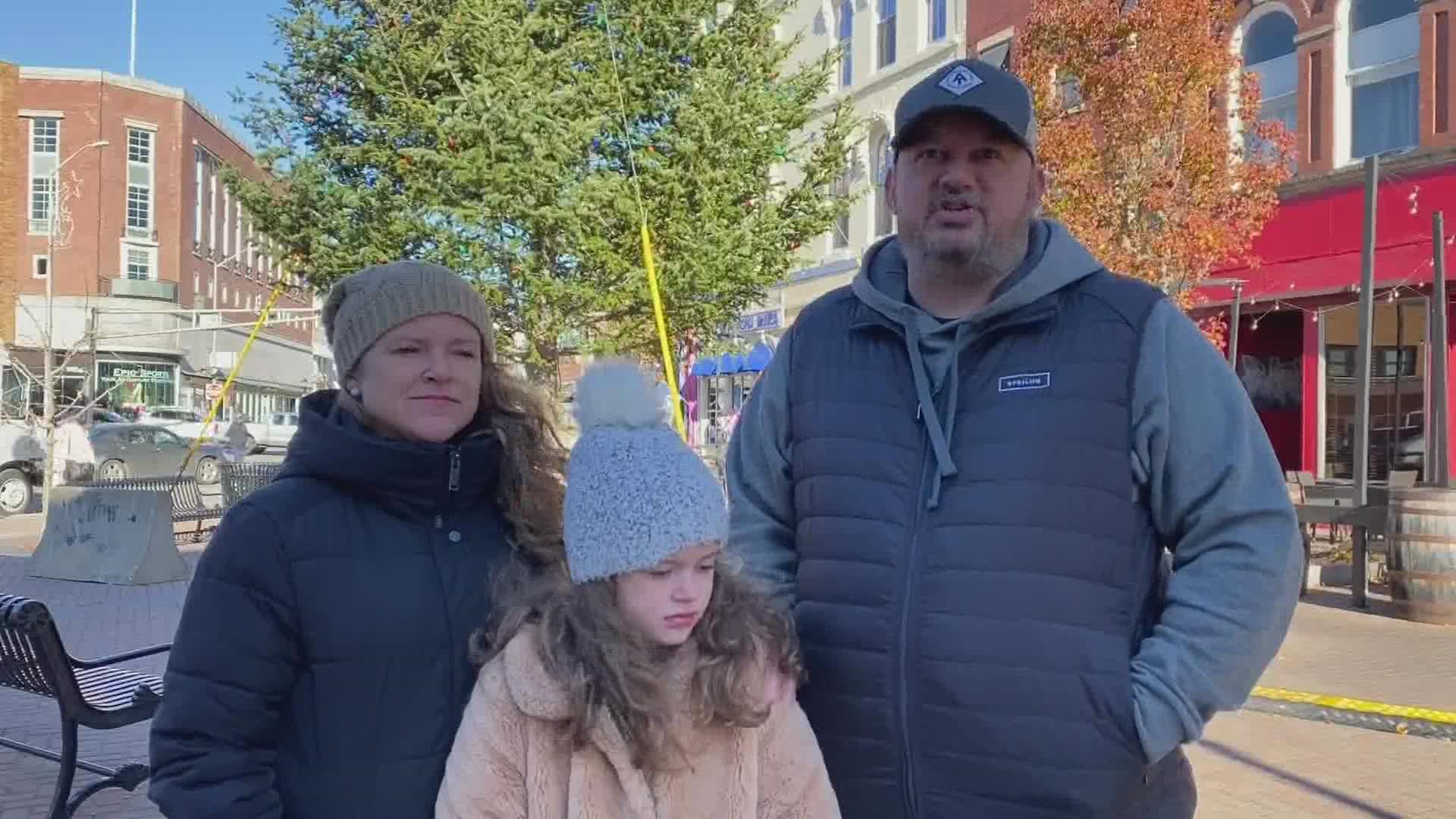