Commissioned by Bob Elliot, Con Fullam says he wrote about childhood memories of Christmas growing up in Sidney. 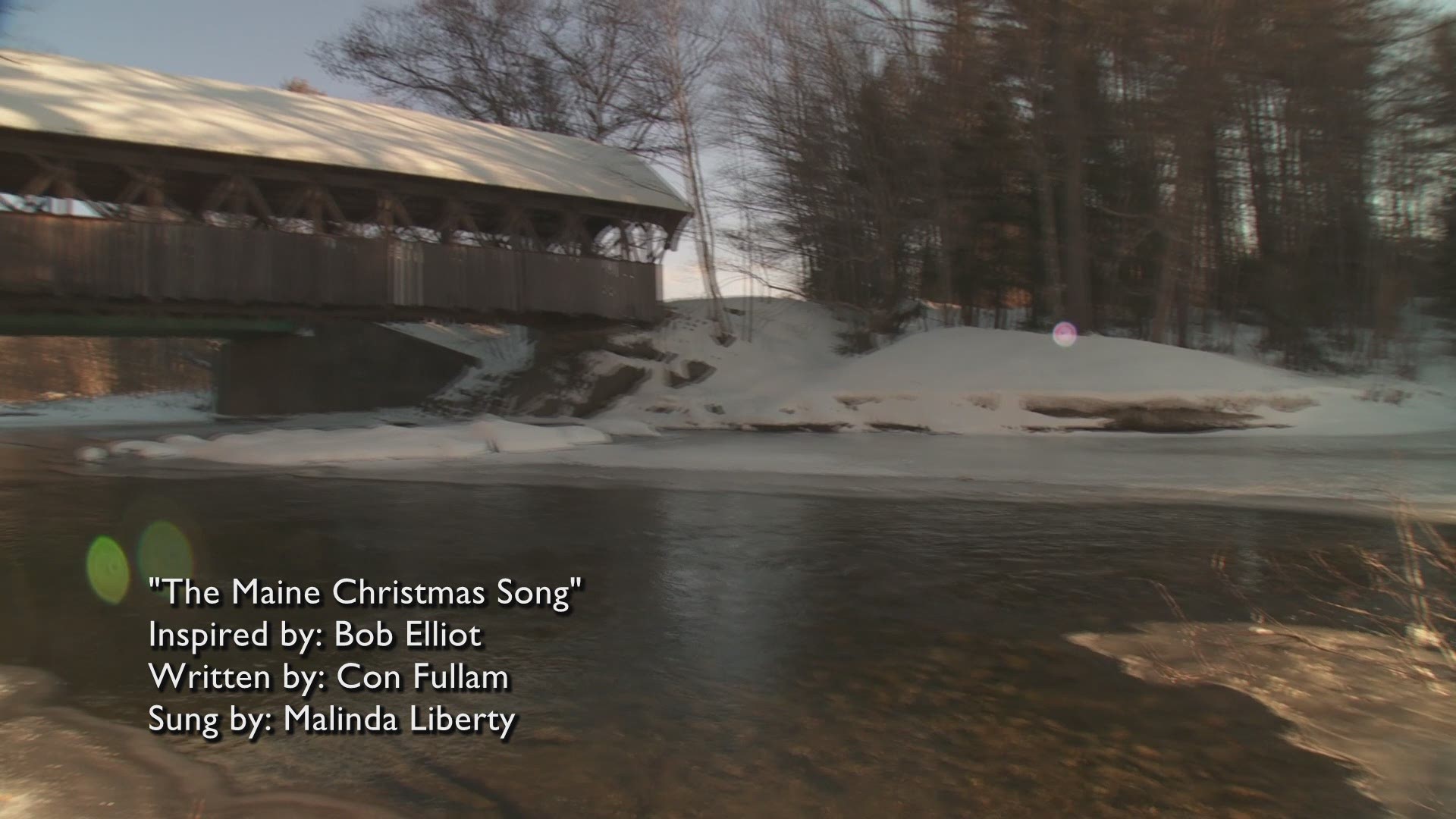 (NEWS CENTER) — Bob Elliot was a reporter in need of a story. Thirty years ago, while working at WCSH 6, he came up with one of his best ever.

The inspiration came from boredom. While working a story on "the same old Christmas music," Bob became tired of all the standard classics with their red-nosed reindeer and grandmas getting run over, and he figured it was time for something fresh — a new Christmas song that Maine could call its own.

Bob reached out to songwriter Con Fullam during the second week of December 1986 and said, hey, how about writing me a Christmas song. "I said, 'Great idea, Bob,' Fullam remembers. "Talk to me next August and we’ll do it. He said, 'No, I need it now.'"

Having no time to think about it, Fullam says he wrote about childhood memories of Christmas growing up in Sidney. "And yes," Fullam attests, "my mother did make wreaths to hang on neighbors' doors." Two weeks later, the song was written and ready to be recorded.

Actor Gary Merrill, a Maine resident — and the former husband of Bette Davis — who was well-known at the time for doing voice-overs for national TV commercials for companies such as UPS, provided the opening narration. Malinda Liberty sang lead, and a handful of WCSH 6 employees, including Pat Callaghan, sang backup.

A rough demo version was recorded at Studio 3 in Portland, which is now a parking lot, and after Bob included it in his piece for TV, the song, improbably, became something of a hit. A "cassingle" was released the following November.

Even more improbably, it has endured, still being sung by kids, still being played on the radio. To date, the song has sold more than 100,000 copies in various iterations, and through sales, has provided Maine families in need with more than 100,000 meals via the Maine Credit Union League's End Maine Hunger program.

RELATED: How to avoid the holiday trap of overeating and skipping exercise

This week, on the 30th anniversary of the release of “The Maine Christmas Song,” Con, Malinda, Pat and three other people who sang the original version reunited along with some current NEWS CENTER talent (Amanda Hill, Kristina Rex, Dustin Wlodkowski and more) for an encore performance.

Afterward, Malinda was asked if she was surprised by the song’s lasting popularity. “Oh, yes,” she said. “I get asked to sing that song every month of the year.”

"The Maine Christmas Song" is part of the Amazing Music of Mainers CD, available at all Bull Moose Music locations and Maine credit unions throughout the state.

♫ "There's still meaning in the magic of Christmas, in the state where the Christmas trees grow

"Where neighbors still drop by with cookies, breads and pies, and warm themselves beside the kitchen stove

"It's the spirit of sharing, giving and caring, hanging wreaths upon the neighbor's door

"That's the spirit of Maine at Christmas time, from her mountains to her great Atlantic shore

"You can find a farmer hitching up his horses, to the sleigh that the family's had for years

"To give the children rides, through the snow white countryside, and the forest filled with timid whitetail deer

"It's the spirit of sharing, giving and caring, hanging wreaths upon your neighbor's door

"That's the spirit of Maine at Christmas time, from her mountains to her great Atlantic shore

"Families still invite their friends and neighbors, in their search for the perfect Christmas tree

"Walking 'cross the frozen fields and rivers, often times in snow above their knees

"It's the spirit of sharing, giving and caring, hanging wreaths upon your neighbors' doors

"That's the spirit of Maine at Christmas time, from her mountains to her great Atlantic shore" ♫