Dr. Nirav Shah, director of the Maine Center for Disease Control and an enthusiastic chef, offers tips for preparing a safe Thanksgiving dinner 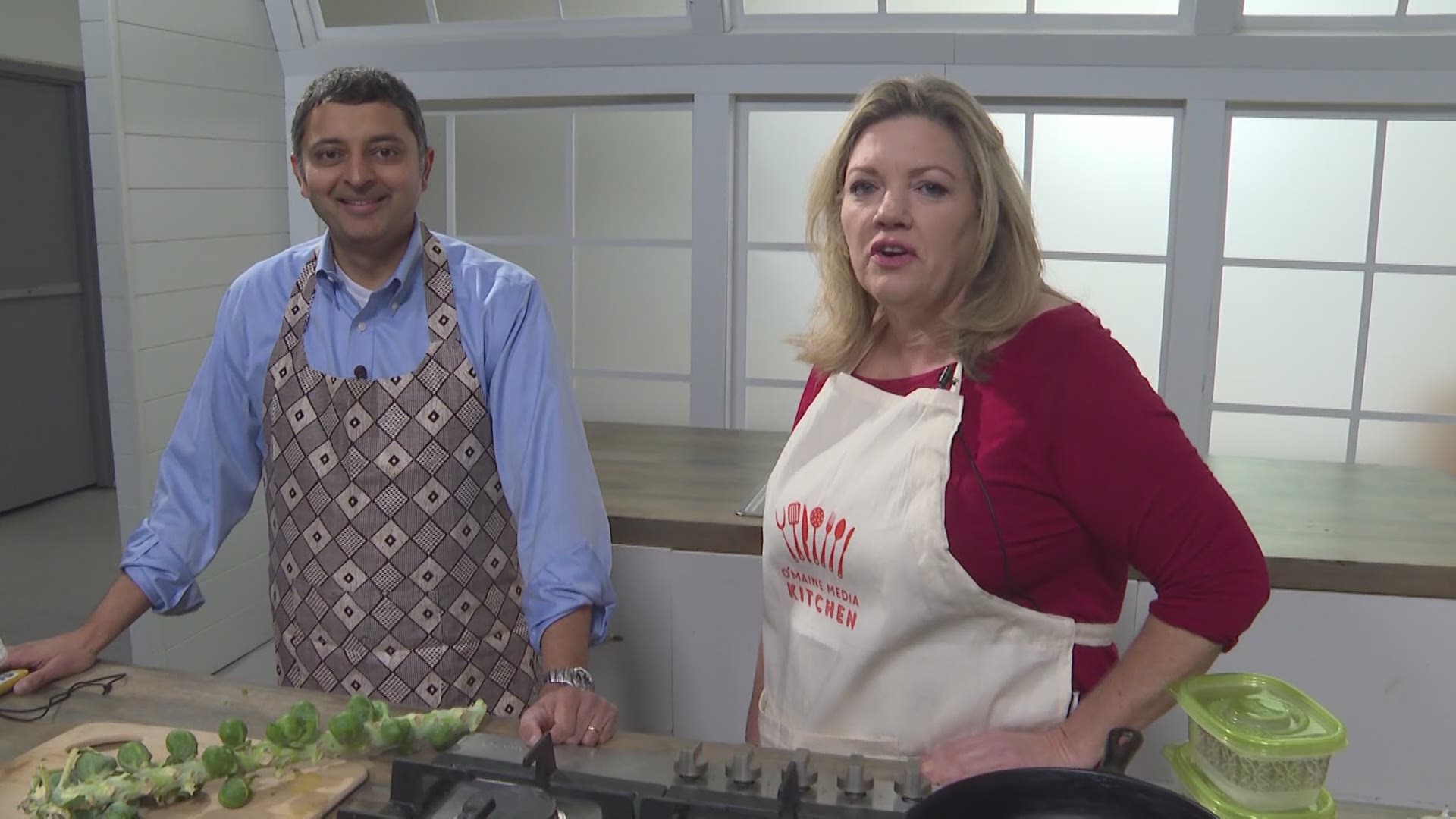 PORTLAND, Maine — For Dr. Nirav Shah and his family, who all love to cook, Thanksgiving is "the Super Bowl, the World Series and the NCAA playoffs" all in one.

When he's not in the kitchen, Shah is director of the Maine Center for Disease Control.

On Friday, he joined NEWS CENTER Maine in the kitchen to discuss how to make sure your Thanksgiving dinner doesn't become memorable for all the wrong reasons.

"We want to make sure your Thanksgiving feast is not only really delicious, but really safe," Shah said.

Safety begins well in advance of the big day, when you select a turkey and begin to defrost it.

Turkeys take about one day for every 4-5 pounds to thaw, he said.

Among many misconceptions about thawing a turkey, Shah said one of the more dangerous is that it's OK to thaw on a countertop.

Shah recommends thawing a turkey, wrapped, in the refrigerator, on a large platter to hold juices that drip so they don't contaminate any other food.

Once the bird is thawed and seasoned, cooking times vary based on the size of the turkey. Shah recommends using a meat thermometer as the safest way to cook any meat.

"For poultry, for turkey in particular, the way to know whether your bird is done is to take its temperature in three places," he said. First, at the breast, about 2-3 inches in near the bone; then in the thigh; and finally, in the wing.

"You're looking for a temperature reading of 165 degrees," he said.

Shah recommends letting the turkey sit for 20 to 30 minutes after it's done to allow juices to be reabsorbed.

Finally, after the meal, he urges people to store leftovers within two hours of removing the bird from the oven. He also suggests using small containers both to allow them to cool faster and to control portion sizes.

One last tip Shah offered: Clean up as you cook, most importantly to prevent cross-contamination.

"What you really don't want to have happen is for some cross-contamination to occur and for your turkey to be a little undercooked and all of a sudden your Thanksgiving becomes the one everyone talks about for 10 years because everyone got sick."

RELATED: Mainers waking up to no power on Thanksgiving morning