The city said "in an effort to not encourage a mass gathering," there will be no other events included in this year's celebration 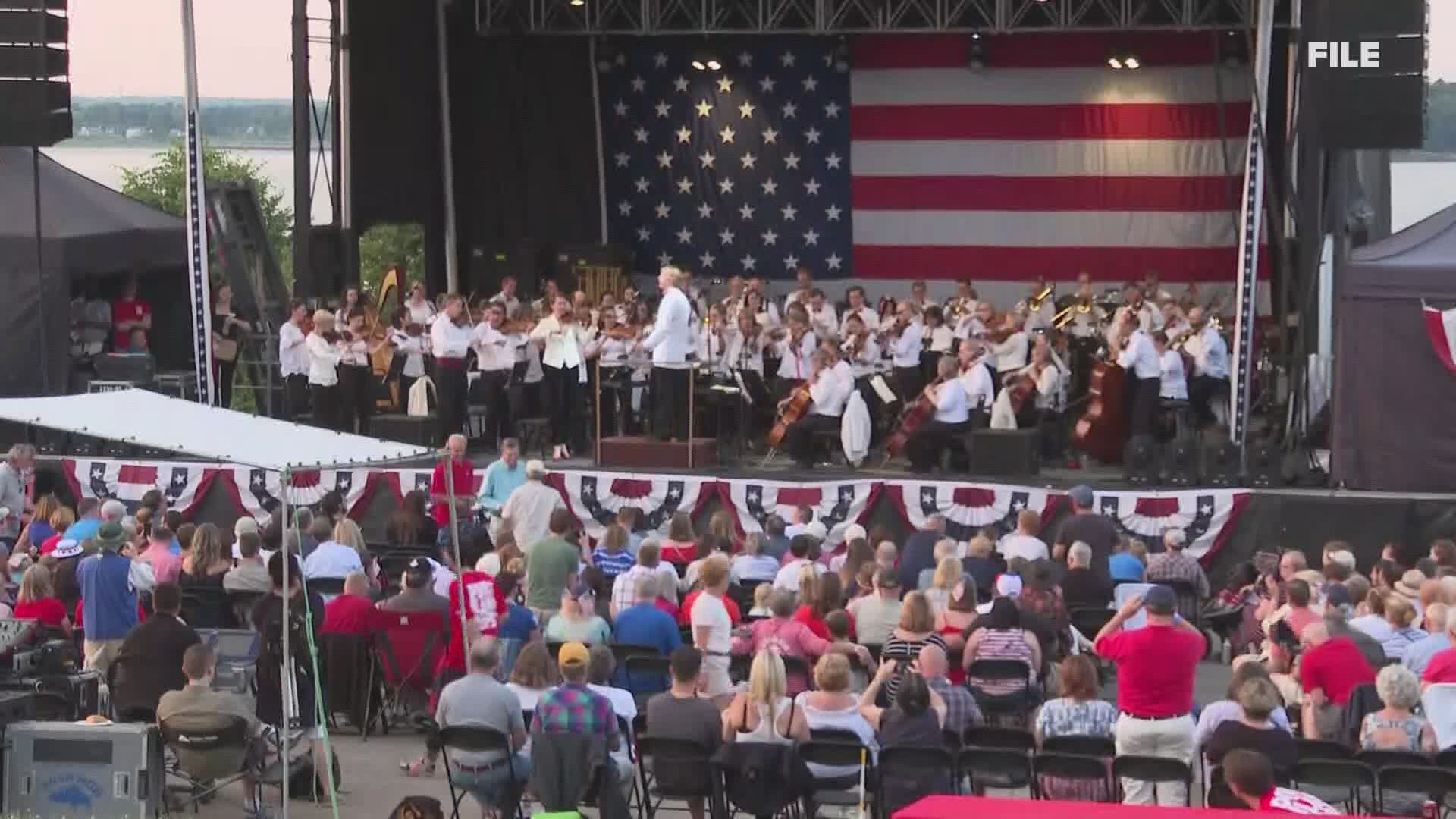 PORTLAND, Maine — Fourth of July fireworks will return to the Eastern Promenade this year, the city of Portland officially announced in a release Friday.

Last year, the city's Independence Day fireworks and events were canceled due to the coronavirus pandemic. This year, while there will be a fireworks display, the city says there will not be any accompanying events like musical performances or food vendors.

The city said not holding these extra elements of the festivities is "in an effort to not encourage a mass gathering."

The fireworks display is planned for Sunday, July 4 around 9:15 p.m. In addition to the Eastern Prom, they can be seen from places like East End Beach, Fort Allen Park, Amethyst Park, Baxter Boulevard, Payson Park, Martin’s Point on Veranda Street, and Bug Light in South Portland.

The city said they are also exploring ways the fireworks display can be live-streamed so people can enjoy it remotely.

Additional details will be released later this month.

A rain date has been set for Monday, July 5.

Click here for a running list of where you can watch fireworks and other Fourth of July events in Maine.