Two weeks ago, Judy Daigle had a massive heart attack at work. She credits a York County Sheriff's Office employee with saving her life 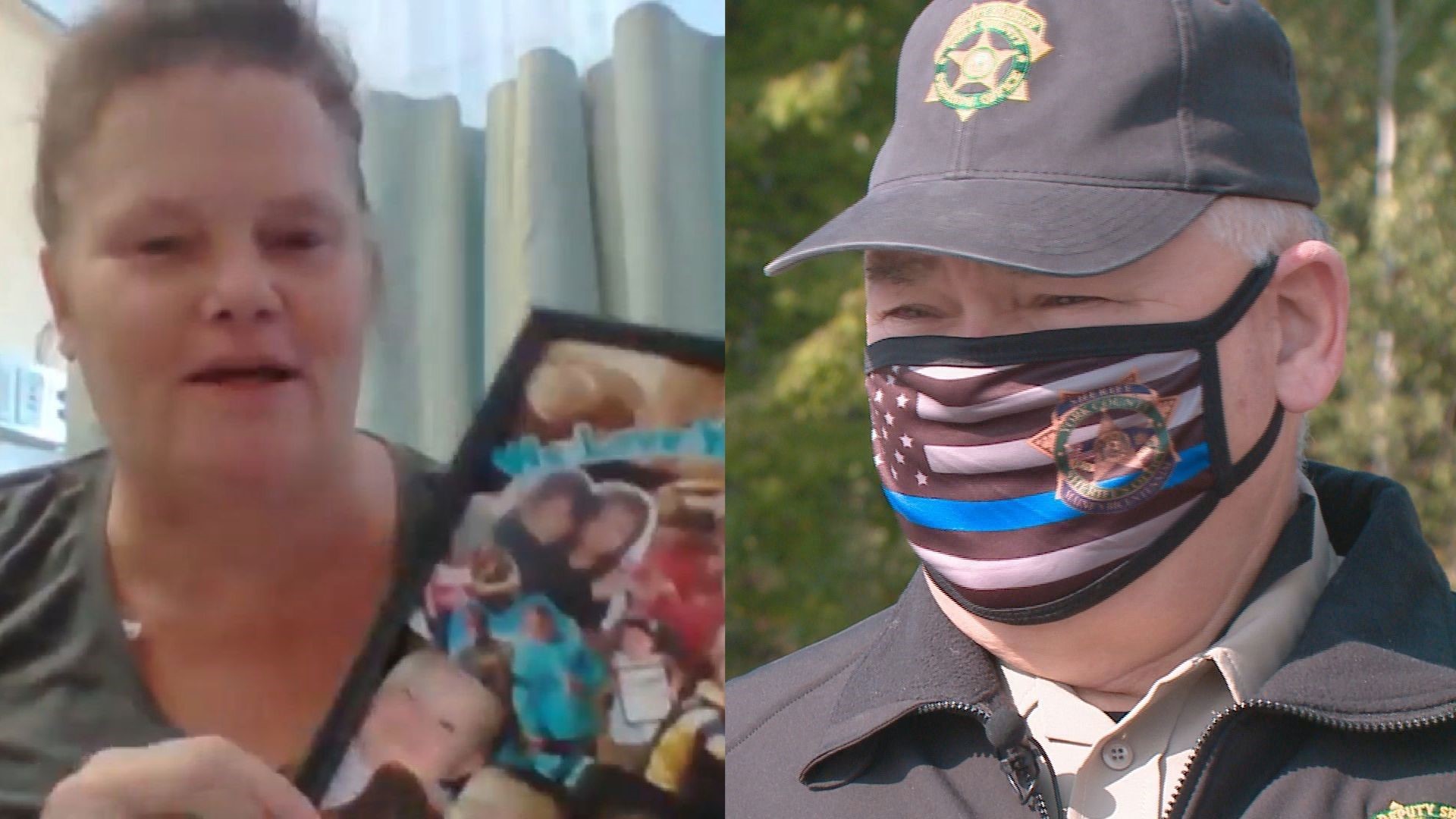 MAINE, USA — A Sanford woman is alive today thanks to the efforts of a man she was working with at the York County Jail.

Two weeks ago, today, Judy Daigle had a massive heart attack. She was in the hospital, in a coma for days.

She is now home, recovering, and deeply grateful to the man who saved her life.

"I went to work like I normally do and that's all I remember," said Daigle.

Daigle works for Aramark which provides food services for the York County Jail.

14 days ago, while at work, she had a heart attack.

"My family thought I was gone."

Daigle spent more than five days in a coma. Her family and friends were praying for her.

"I woke up nine days later to find out this gentleman saved my life," said Daigle.

That gentleman is Mike Grovo, a supervisor of the civil division with the York County Sheriff's Office.

14 days ago, he was volunteering in the jail's kitchen, where Judy was working.

"I was sitting down at a table, we were chatting and went quiet. I looked up and she was down" said Grovo.

Grovo kneeled down next to her.

"I just stayed with her."

And continued providing life-saving measures until other jail staff and paramedics showed up to take Daigle to the hospital.

"I may have been there at the right time but it's the people after that came in after me that were the real heroes," said Grovo.

Daigle said, "he did not give up on me, he fought and he made me fight."

Grovo doesn't see himself as a hero, just a man in the right place at the right time.

"It was a team effort. She's alive because a lot of people in public safety who came together. She's an awesome lady and I thank God that she did make it. It made my day brighter when I heard that because I tell you it wasn't looking good," said Grovo.

Daigle, who has three children and five grandchildren, came very close to dying, which has given her a new perspective on life.

"I just want to spend every moment, every minute with my family and with my friends. I want to do more BBQs, make more phone calls, go over and see my neighbor who never gets any visitors. Love life more and be thankful for every day I have and thankful for people like Mike."

Judy Daigle has been released from the hospital and is now recovering at home. She plans to return to work as soon as she is able.