After snapping a few quick pictures with the unusual turtle, they released them all into the ocean. 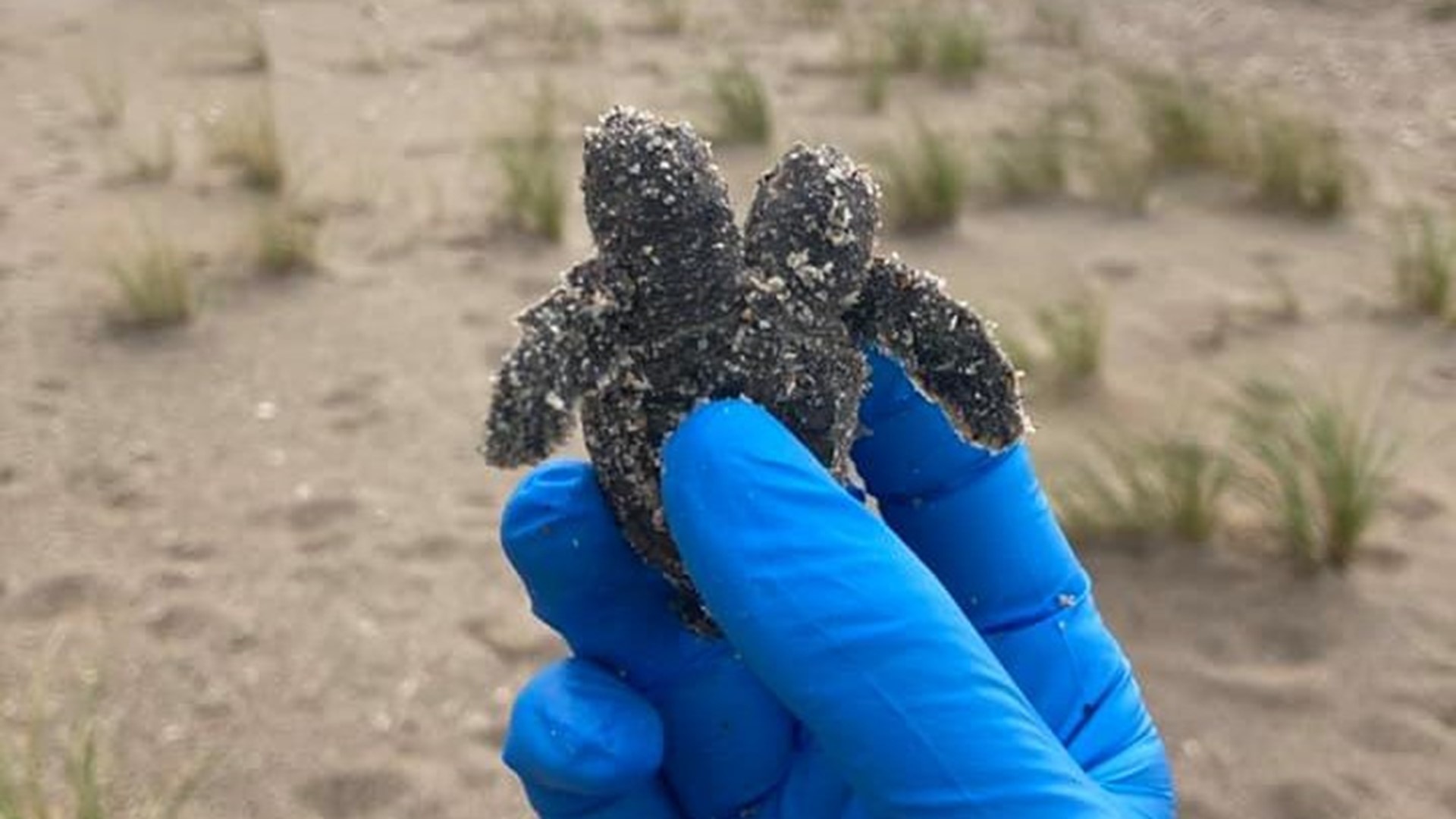 EDISTO BEACH, S.C. — A group of kids tasked with helping find turtle nests - and getting stragglers on their way - discovered a bit of a head-scratcher as they combed the beach on Wednesday.

That is, the sea turtle patrol found a creature that may be hard to tally up in their records - a two-headed turtle.

South Carolina State Parks shared the story on Saturday of the patrol group at Edisto Beach State Park. According to the state agency, the groups sets out between three and five days after a sea turtle next shows "signs of major emergency." They then dig down to find out if the process was a success and record hatched and unhatched eggs as well as any live baby turtles they find.

In this case, they found three living loggerhead sea turtle hatchlings - one of which they said sported two craniums.

After snapping a few quick pictures with the unusual turtle, they released them all into the ocean.