The longest wait: After years at the animal shelter, Brooke finally found her forever home 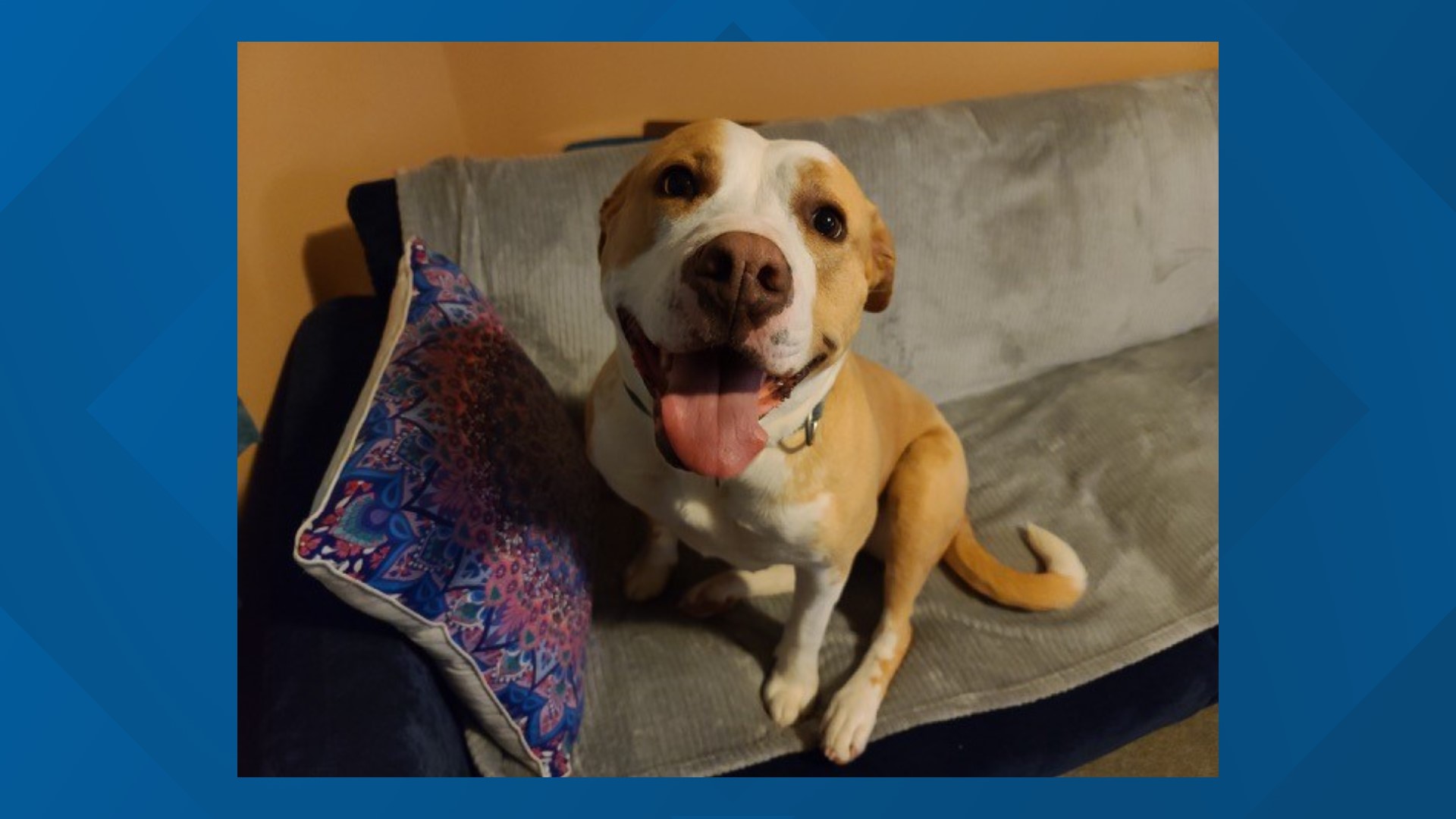 FRYEBURG, Maine — It's easy to understand how the adorable puppies and the fluffy kittens are the first ones to be adopted at most animal shelters. Animals that are harder to place often stick around longer until the right forever family comes along.

Harvest Hills Animal Shelter in Fryeburg receives close to 400 strays a year. Brooke, a pit bull mix, was one of them and the staff guessed she was about a year old. Like a lot of dogs who show up at shelters across the state, Brooke arrived with an animal control officer – and not much information.

"We knew nothing about her, we just knew she was super scared. Which is not unusual with a stray dog coming into the animal shelter," Joan McBurnie, the Executive Director and Manager at Harvest Hills, said.

Brooke had a home at the Harvest Hills Animal Shelter, but she waited—and waited—for a home to call her own. She earned the dubious distinction as the dog who spent the longest time at the shelter. But the staff took their time and used a little creativity to finally find a place for Brooke to call her own.

The tricky part with Brooke, unlike most dogs who bare their teeth and show their discomfort, was she showed none of that body language. She behaved as if she was comfortable and wanted to meet people, but unexpectedly would become aggressive.

"[Brooke] never showed an ounce of being uncomfortable," Joan said. "And that’s what made it difficult."

Shelters work with plenty of hard-to-place dogs, but Brooke’s quiet aggression made her stay at Harvest Hills stretch from weeks … to months … to years.

"I’ve always kind of been a dog person," Kayla Legere, an adoption counselor and kennel tech at Harvest Hills, recalled. "When I had the opportunity to hop on board and start working with the dogs it was kind of a dream come true."

She started that work about three years ago. It wasn’t long before Kayla took a shine to Brooke.

"She had already been here for close to a year when I started. Dogs are my passion, especially the difficult dogs, the ones that are considered hard to adopt," Kayla said. "To understand them, to try to find them an appropriate home, to make sure they’re getting the love that they deserve while they’re here."

For Kayla, getting to know Brooke took time, endless patience, and plenty of treats.

"I’d start out by just giving her treats every time I’d walk by. I’d give her treats, I wouldn’t really hang out, it would just be a quick, 'Here’s a treat, how ya doing today?' Until it got to where she was calm enough where I could sit outside her kennel and hang out with her," Kayla said.

There was plenty of interest in Brooke, but time and time again, families felt she wasn’t a good fit for them. Joan remembers it this way.

"There were wonderful people who tried," Joan said, "and I think the fourth, the fifth time of visiting they were like, 'We’re done, we can’t do this.'"

And then, Joan and Kayla had an idea—something they’d seen on social media. Back in November of 2020, they posted this picture on their Facebook page. At that point, Brooke had spent more than three and a half years at the shelter.

Jackie Gammon lives about an hour and a half from Harvest Hills. Her application had already been on file for over a year while she waited for just the right dog to come along.

It was Brooke’s eyes that initially caught her attention—and her heart.

"I think I felt like lots of people [felt] really bad that she’d been here this long. I have never seen a shelter like this one," Jackie said. "You know they really care for their dogs and the fact that she had been here so long? Most kennels would have euthanized her."

Over this past winter, Jackie would drive the three-hour round trip twice a week to visit Brooke to get to know her, and more importantly, let Brooke decide that Jackie was okay.

Kayla worked with Jackie to get to know Brooke. "It was really exciting to see Brooke relax with her."

The day came when Brooke was pretty clear about her decision.

"One day, Kayla and I were coming out and she went and walked in front of my van and just laid on the ground. That was it!" Jackie said, laughing.

"Jackie says, 'Bye Brook! I’ll see you in a few days!' and Brooke lays down in the middle of the parking lot, refuses to move, I had to coax her with treats to get her up into the yard. I think that was kind of the point that we all knew – she was telling us she was ready," Kayla added.

The Harvest Hills Animal Shelter had been her home for nearly four years, and now, Brooke finally had a place to call her forever home.

"I think because of her circumstances and the efforts of everybody here it was very emotional for me," Jackie recalled. Kayla puts it this way: "It’s amazing. It’s emotional. At times it can almost be bittersweet 'cause it’s like, 'I’m not gonna see you anymore! And I’m gonna miss you.' But I’m so incredibly happy. So it’s a pretty amazing feeling to see a dog go home that’s been here for so long and that’s part of all our hearts. She meant a lot to all of us here."

Brooke has been home with Jackie now for almost two months. All is going well, and Jackie occasionally makes the hour and a half trip back to Harvest Hills so Brooke can visit with the staff who never gave up the hope of finding her a forever home.

If you would like to learn more about the work of the Harvest Hills Animal Shelter, click here.