"Brought a few tears to my eyes." The act of kindness continues. 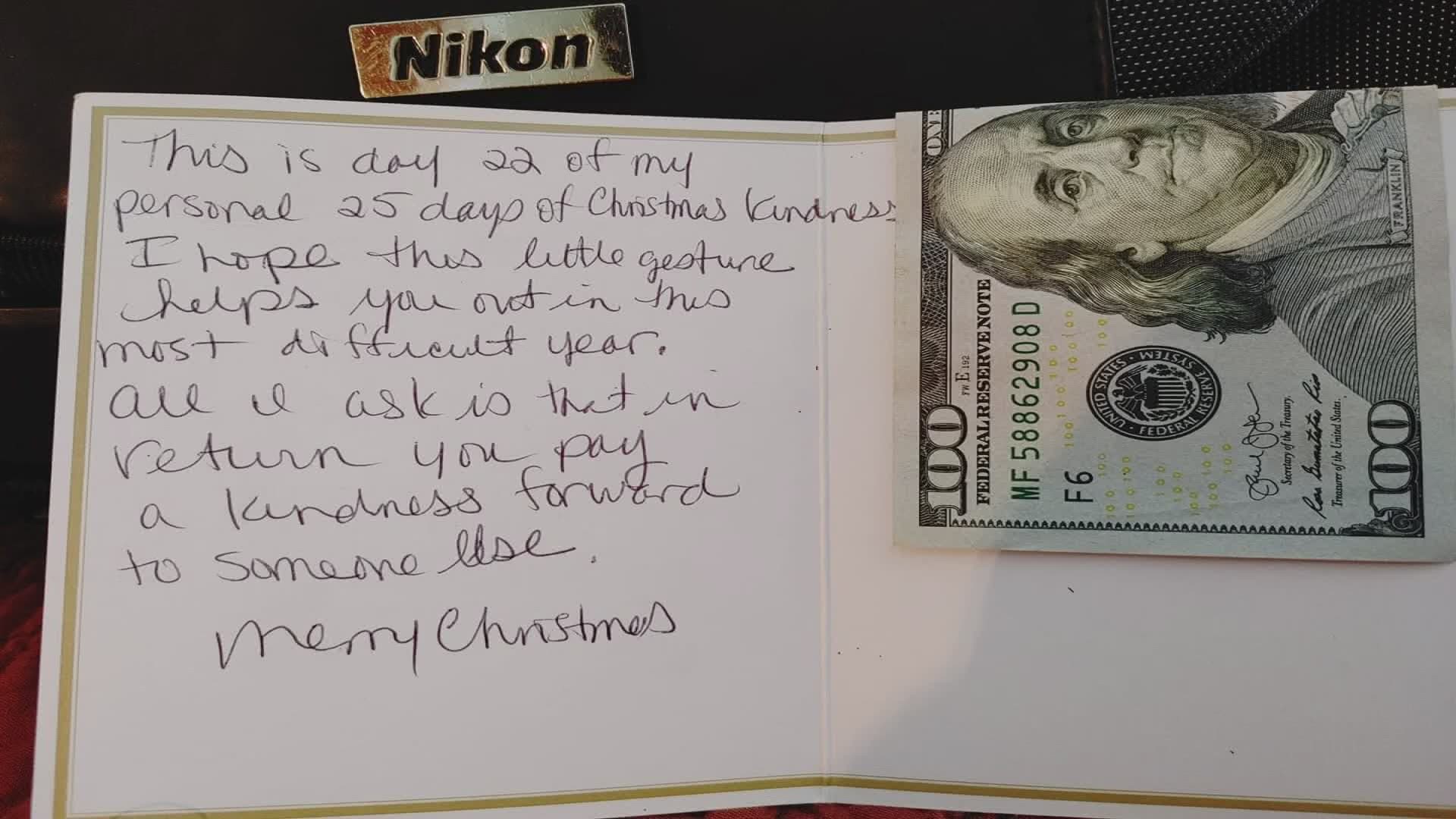 YORK, Maine — It's an act of kindness before the holidays. A Secret Santa left $100 at Nubble Lighthouse in York.

"Brought a few tears to my eyes," Wendy Collins said.

Wendy Collins has been going to the lighthouse nearly every day to watch the sunrise. On Tuesday, she met a man and was having a conversation with him when she spotted a red envelope taped to a rock.

"I jokingly yelled back down to the gentleman and said 'oh you should open this. Just out of curiosity, I wonder what's in there.' It said Merry Christmas open me on it," Collins said.

She said the man opened it and found the gift.

"He said there is money in this card and I really want to share it with you and I want to give you half of it. I said no that's ok," she said.

A note was also left that reads:

"This is day 22 of my personal 25 days of Christmas kindness. I hope this little gesture helps you out in this most difficult year. All I ask is that in return, you pay a kindness forward to someone else."

We found the man but he didn't want to give his name. He said he did exactly what the note asked him to do. He said he put $25 in his gas tank, gave another $25 to a friend for Christmas dinner, and took the remaining $50 to a local grocery store and asked the cashier to give it to a customer who had children.

"It was nice to see it made a difference in someone else's day. It made my day to see how happy he was and how touched he was by the act of kindness," Collins said.

Collins hopes she finds the person who left it.

A Secret Santa left $100 along with a note at Nubble Lighthouse. At 6 we’ll tell you how the act of kindness continues to spread joy. @newscentermaine pic.twitter.com/HdY0Y068Fn