The Maine Warden Service search-and-rescue dog is responsible for saving a number of lives -- from children to Alzheimer's patients. 'Tunny' as she's known also found some fame along the way 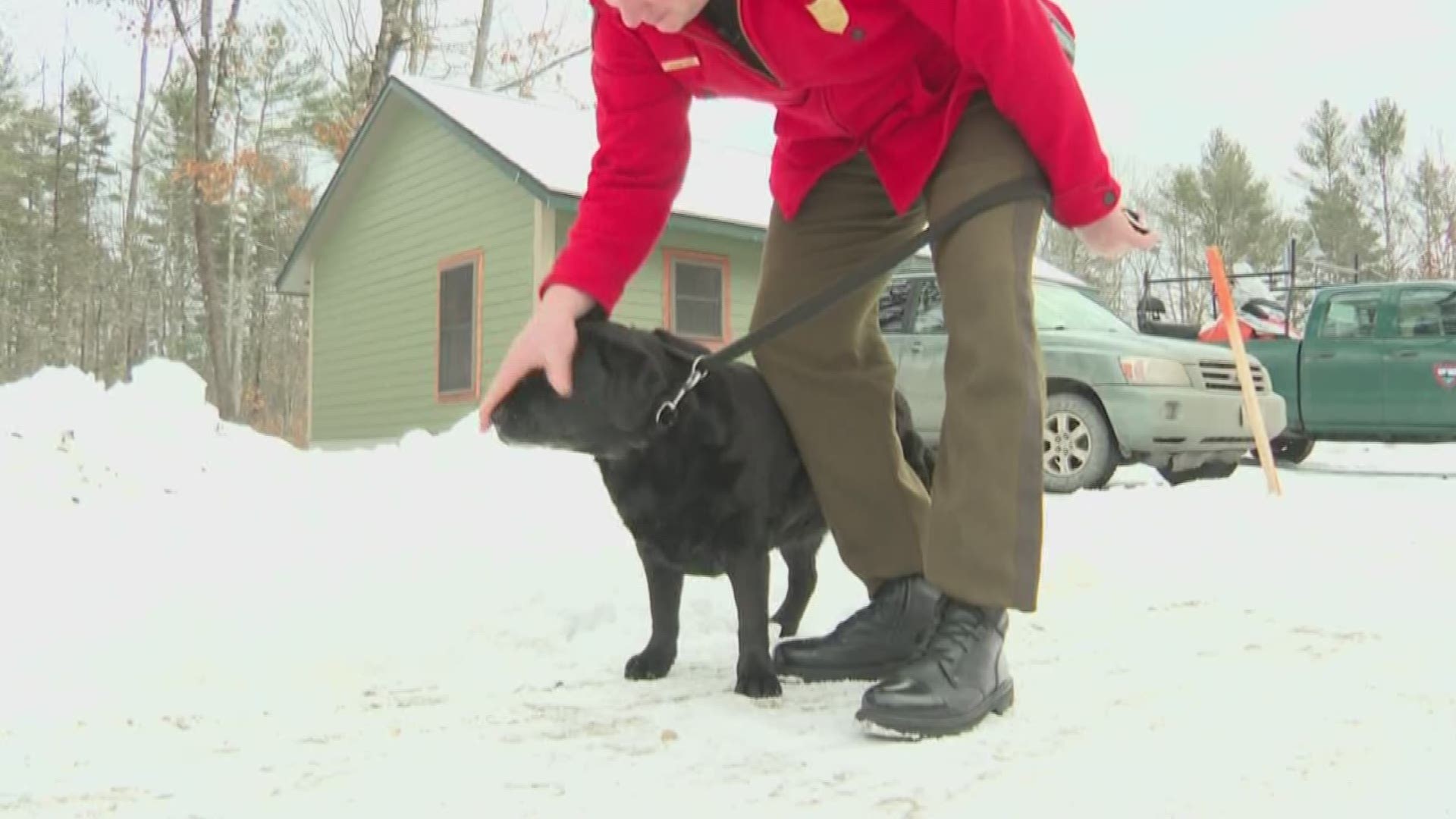 Tundra's handler Jeremy Judd originally got her as her hunting dog -- but because of her keen sense of smell she was trained as a search and rescue dog. Tundra tracked down a missing a 70 year old non-verbal dementia patient three years ago. The man was found lying in a brook on a cold November night and featured in an episode of the TV show 'North Woods Law.'

'That gentleman was laying in that brook just ten yards down no question he would have died in that brook is she hadn't led me up there,' say Jeremy Judd of the Maine Warden Service.

Judd is training a Belgian Malinois named Tika who is his new search and rescue dog. But he says there is no four legged friend that can take her place