SALUDA, S.C. — They've been together for 71 years, but because of the coronavirus, their anniversary was a little different this year.

The two have always been together, at least until January, when Lou had to go into Saluda Nursing Center after being diagnosed with dementia.

"It has been very hard for all of us, especially for our granddaddy," said granddaughter Kayla Matthews. "He was visiting her every day up until the quarantine notice last Thursday."

But the quarantine notice couldn't keep him away on the couple's 71st anniversary.

According to Belinda Rushton, another granddaughter, Bobby and Lou sat and talked via telephone, visiting with each other through a window.

"Granddaddy brought her flowers and a flag to put up outside her window," Rushton said.

In a video of the two lovebirds, you can see Lou blowing kisses to Bobby, commenting on how beautiful the flowers are.

Bobby laughs while he's holding a phone, looking through the window. 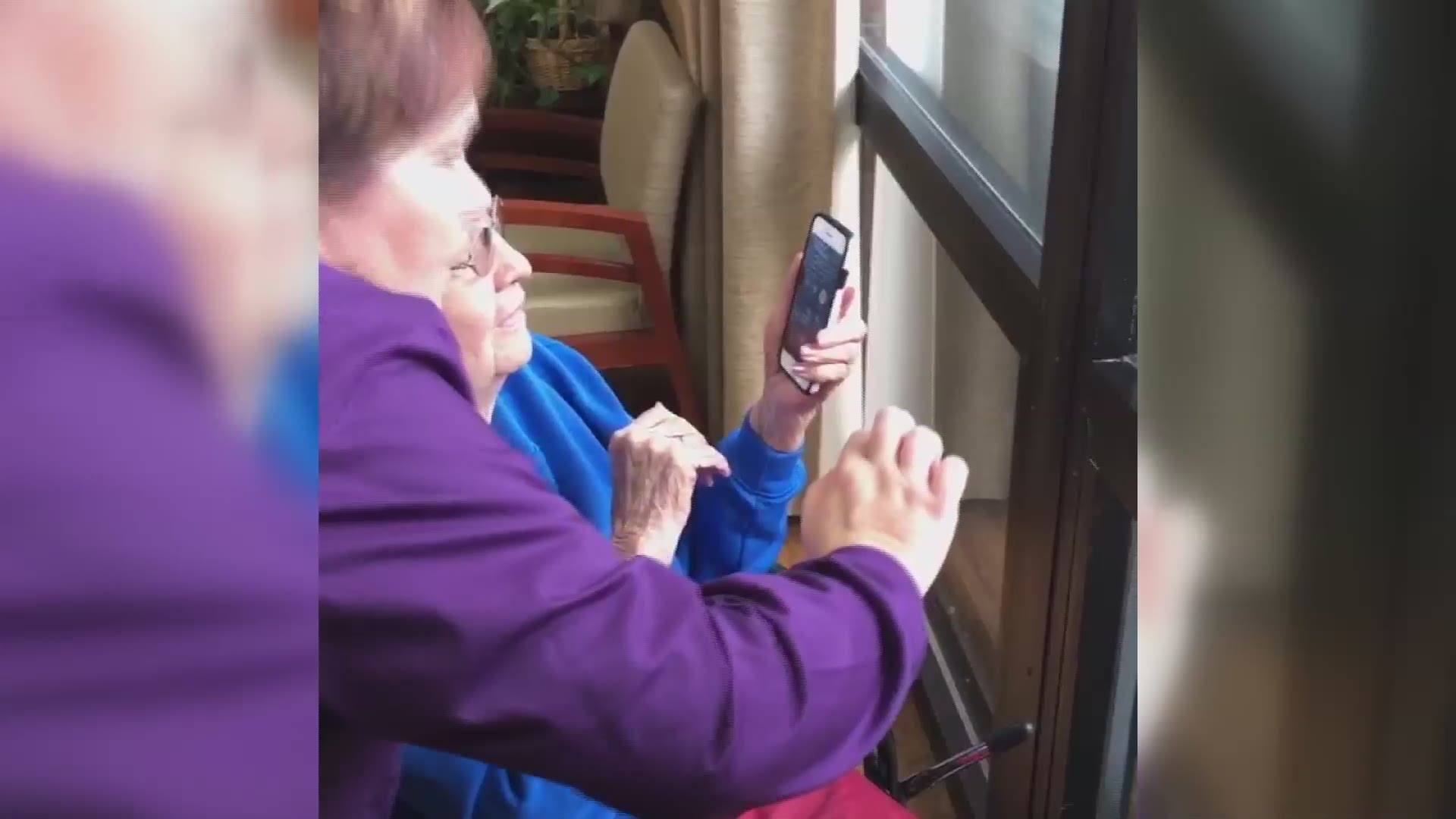 Bobby also brought a flag with a hummingbird on it to hang outside her window.

"That's pretty," you can hear her say.

"They have always lived by faith and love the Lord, and they have taught all of their children the same," Matthews said.