Ry the duck's owner built him what she likes to call a duck wheelchair after he was struggling to waddle. 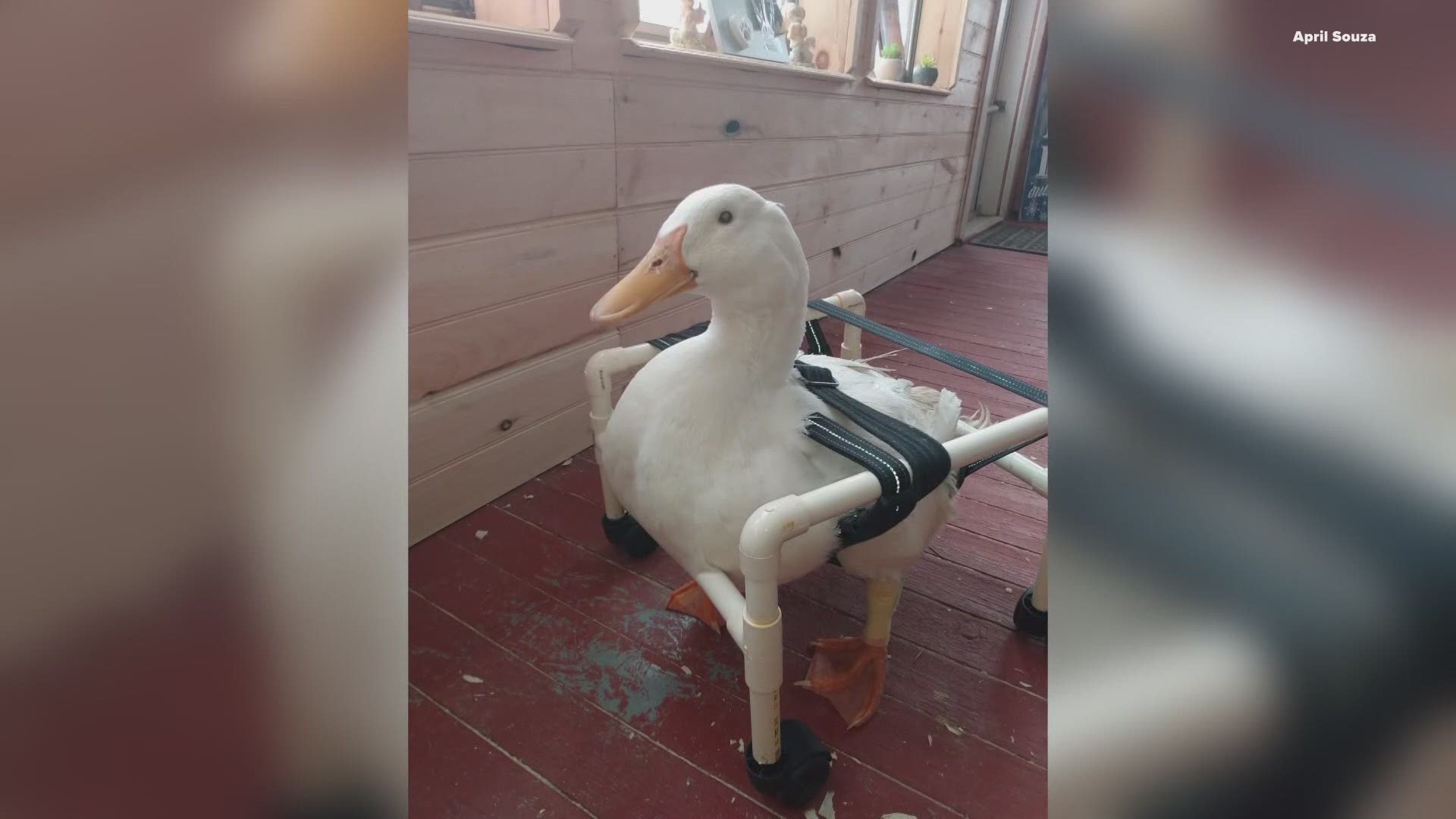 CORINNA, Maine — Ry the pet duck is getting some extra help waddling around.

"He's starting to really take off in it," Ry's owner, April Souza, said. "The wheelchair helps take the weight off of his legs."

Souza said Ry was born with a condition called Wyrneck.

Souza took him under her wing last year, along with his friend 'Mouthy.' Souza said Ry was doing better until last week.

"I noticed he was using his wings to balance and I wasn't quite sure what was going on."

She hopped on the internet and found the idea to make a wheelchair. She made it out of PVC pipes, a few straps, and some wheels.

"He's been doing great in it. The first day he was like what are you doing to me," Souza said.

Ry uses the wheelchair for therapy sessions a few times a day to hopefully get stronger, and be able to run around getting treats with his friend. Either way, he's got Souza watching his back, making him one lucky duck.

"He's my baby. They are like my kids. I would do that with any of my animals," she said.

This is how Ry the duck is learning to waddle again. His owner built what she likes to call a duck wheelchair for him after he was struggling from a condition called Wryneck. Meet him at 6. 😍 @newscentermaine pic.twitter.com/RfRoipJ9HL