New movie details heroism of Maine soldier and his troop 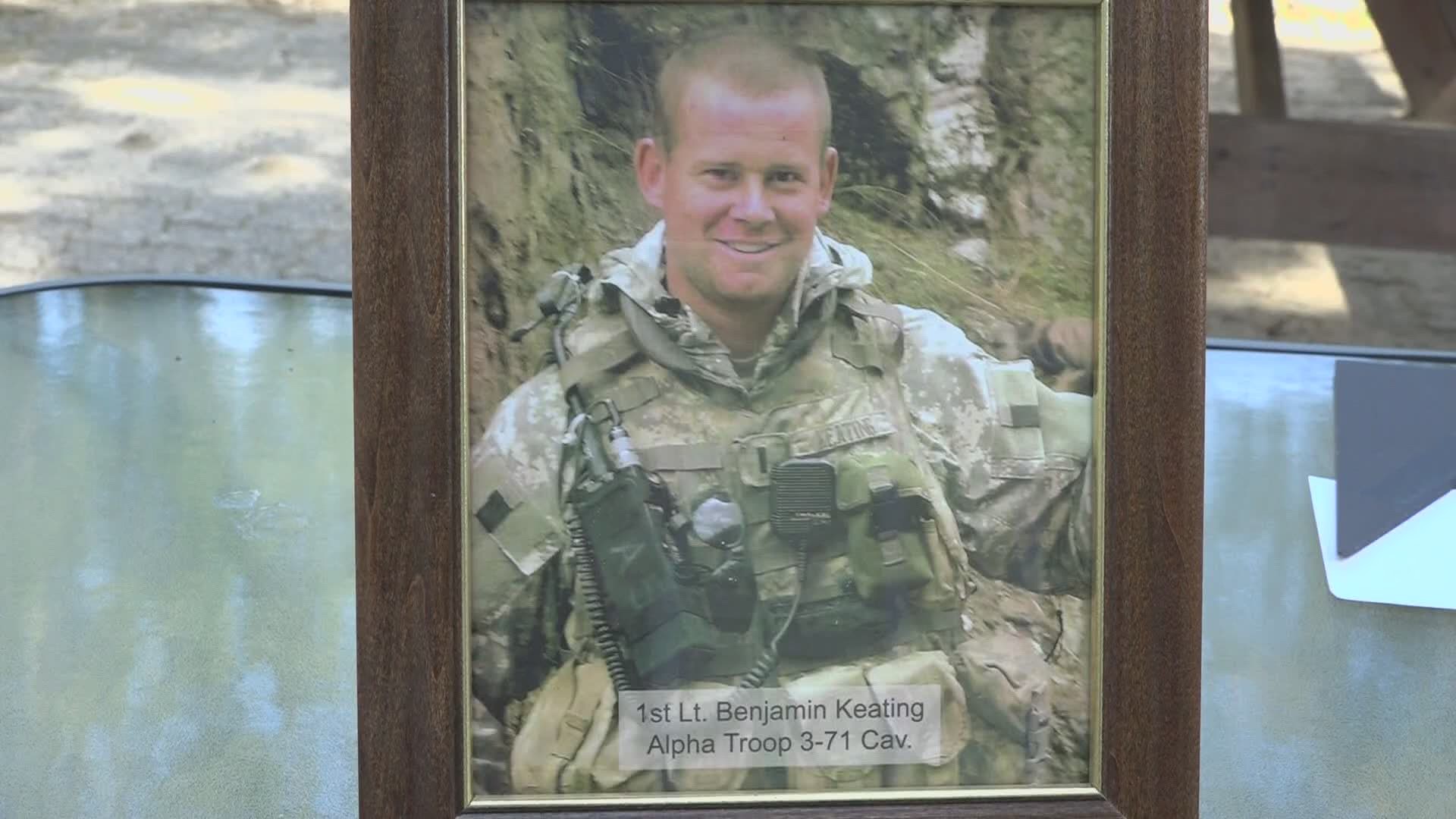 SHAPLEIGH, Maine — It's been nearly 14 years since Ken and Beth Keating lost their son, Army Captain Benjamin Keating, in Afghanistan.

"It doesn't really take a lot to sort of trigger the emotions again," said Beth Keating.

The Shapleigh native volunteered to drive an Army truck loaded with supplies along a treacherous 200-foot cliff at night to avoid an ambush. The truck fell off the cliff and killed him.

"I heard a knock at the door. I was in the process of getting changed for bed. I put my blue jeans on and turned on the porch light. There were two soldiers standing there in uniform," said Ken Keating.

"It was a pretty horrendous battle," said Ken Keating.

Ben's heroism and that battle were turned into a book, and now a new movie called The Outpost.

"I had mixed feelings at the beginning but they did a good job," said Beth Keating.

"I think it was probably a lot easier for us to watch the movie than it was for the families of the soldiers who were there on the day of that battle," said Ken Keating.

"He actually loved Orlando Bloom. He made us go to a midnight movie preview with him. Like I say he liked Orlando Bloom, so I think he would be interested that Orlando played his part," said Ken Keating.

While people watch the movie, the Keating's want people to keep in mind those who paid the ultimate sacrifice, and the loved ones who think about them every day.

The movie was released on July 3.