Man buys breakfast for an entire restaurant in Machias

Around nine tables of people were treated to a rare act of generosity by a complete stranger at the Bluebird Family Restaurant in Machias Monday morning. 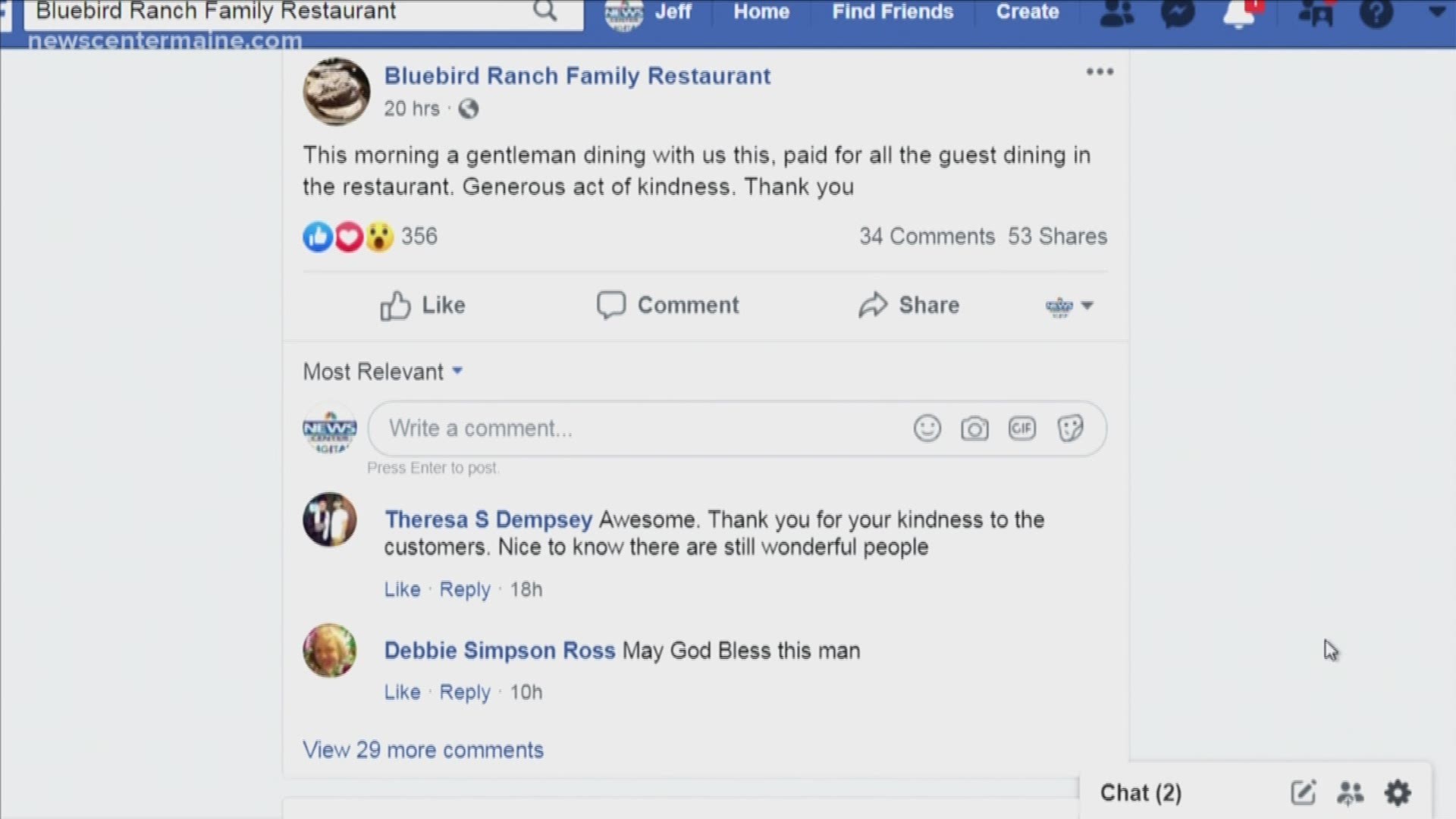 MACHIAS, Maine — People enjoying breakfast at a restaurant in Machias got a special treat Monday morning as one patron paid for everyone's meal.

Around nine tables of people were treated to a rare act of generosity by a complete stranger at the Bluebird Ranch Family Restaurant in Machias.

Danika Foss, 22, has been working at the diner since she was 17. She said the generous man who she served was in his 60s and dined alone ordering a coffee and an omelette.

When he was finished with his meal he told Foss he wanted to pay for the meals of everyone who was in the diner at that moment. The tab ended up being around $200. Foss said the man had come into the diner before and said he would be back.

"It reminds you that there are good people out there," Foss said.

Brenda Wood was also serving tables Monday morning and says they have plenty of customers pick up the tab for others but never has a patron paid for the whole restaurant.

"He just wanted to pay it forward," Wood said.

The man left the diner before anyone realized he had paid for their meals not wanting any recognition for his kind act.