"Please don’t take our state troopers for granted. They are here to help us when we need it most," Angela Levesque wrote in a Facebook post. 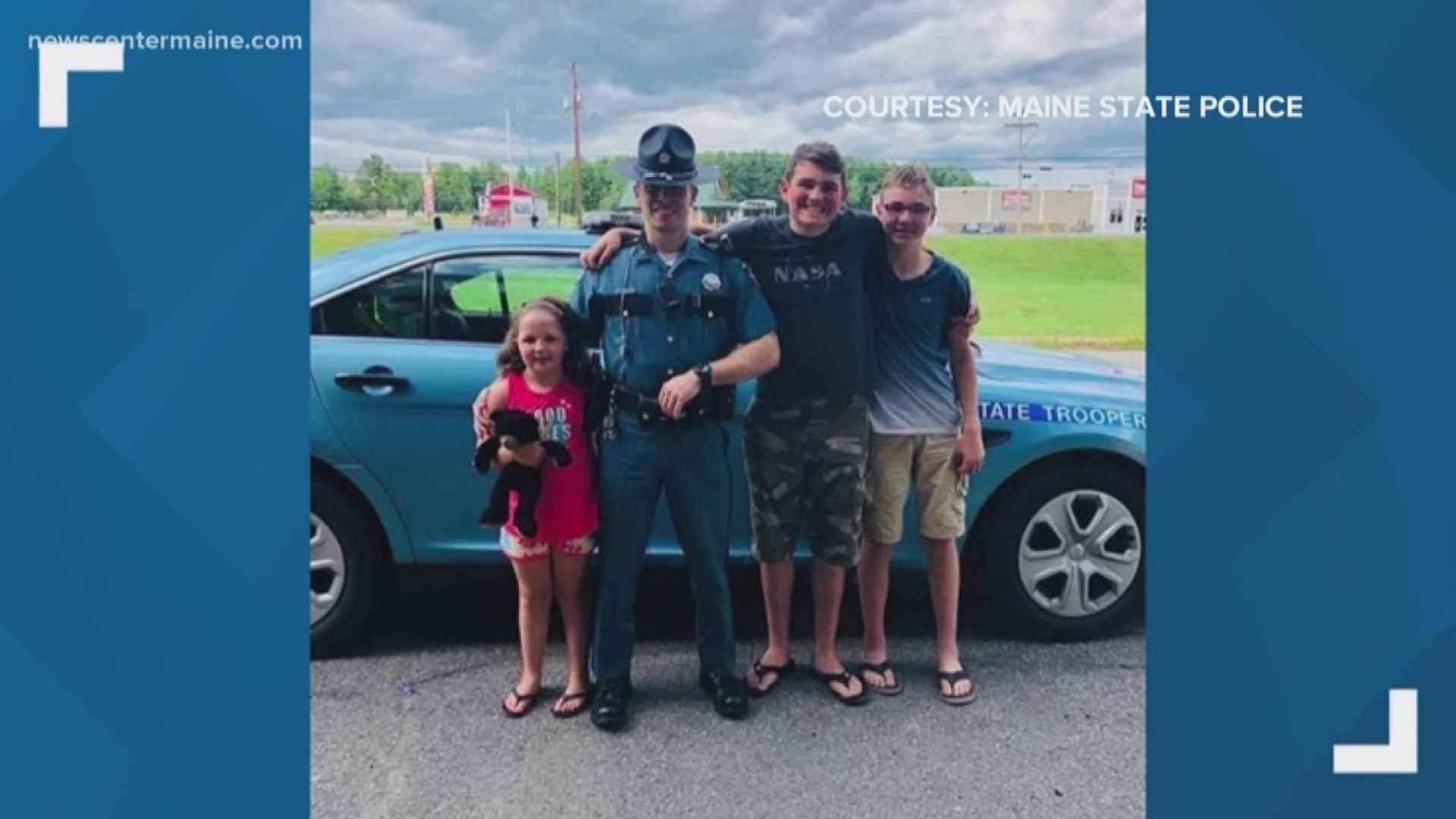 MAINE, USA — A woman is reminding people about the good work law enforcement does after they helped her and her kids when they were stranded on the roadside.

Police say Angela had picked up her kids after a vacation they took with their grandmother when the tire on her car blew out on the highway. That alone is a tough situation, but add to the mix three kids, an estimated three-hour wait from roadside assistance, and not enough room in the tow truck for her family -- Angela was starting to feel desperate.

"Over 100 miles away from home, and I had no one to come help me," Angela stressed in her post, shared by police.

That's when she called Maine State Police, writing later online she knew she was in a "potentially dangerous situation".

And her instincts about who to reach out to were correct. Police reportedly showed up within 20 minutes after her call.

"They were absolutely amazing. The dispatcher assured me that myself and my children (would) be fine and that they would take care of things for me," Angela wrote. "After that call, I see (a) blue light pulling up behind me. I started to cry  -- not because I was scared, but because I knew my children were going to be safe."

When Levesque asked Trooper Haverly-Johndro if Aden and Addie had behaved, he answered with a smile, tell her they had jammed out to music on the drive.

"Please don’t take our state troopers for granted. They are here to help us when we need it most," Levesque wrote on Facebook. "Thank you, not for only help(ing) myself and my kids, but for your services and things you have to deal with on a daily basis."