'She's always there' | Louisville service dog gets her own yearbook photo

Ariel the Labradoodle is Hadley Jo's constant companion. She rides the bus, watches over Hadley Jo in class and was honored in the yearbook. 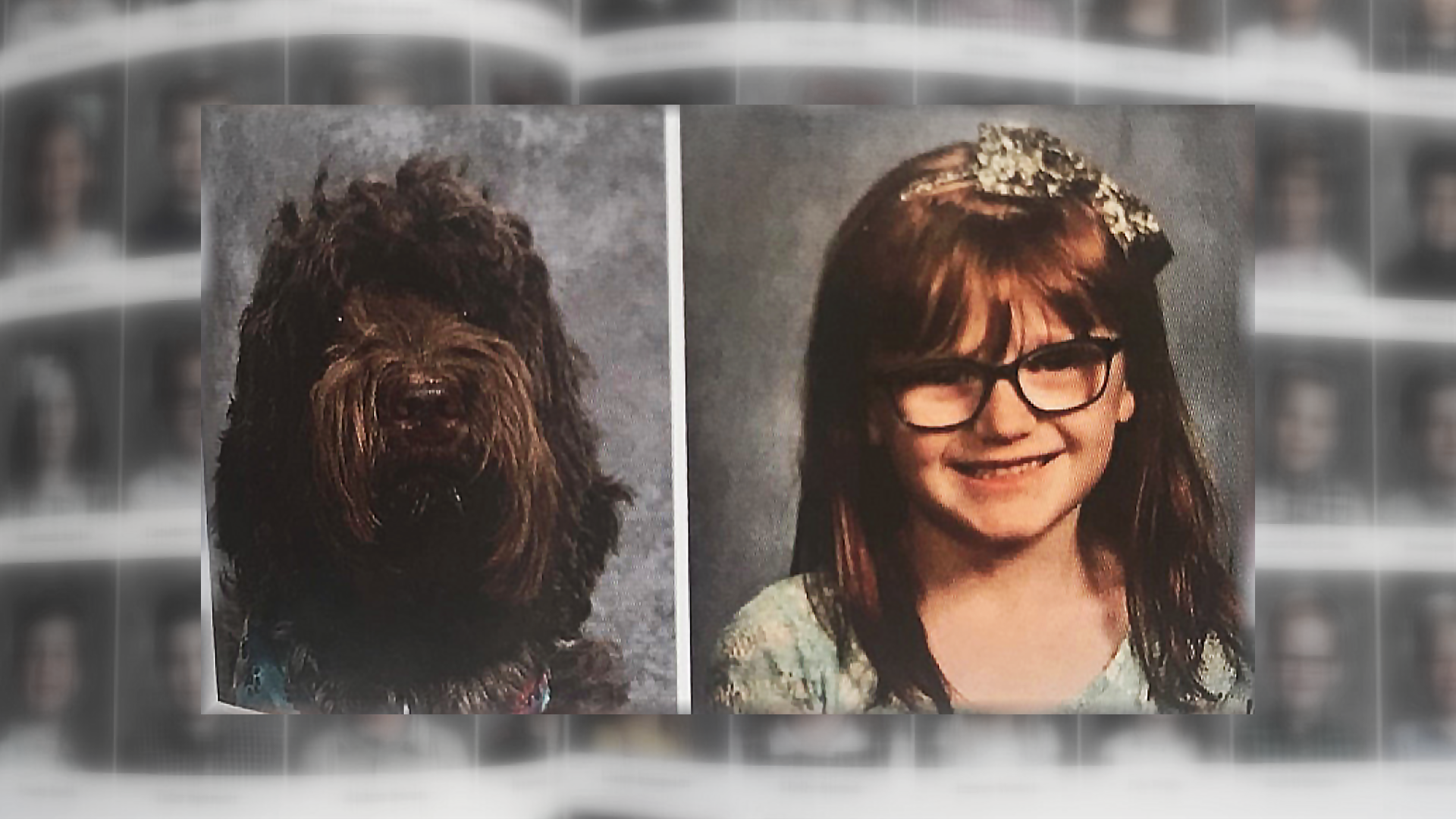 LOUISVILLE, Ky. — A Louisville family received quite the surprise when they recently picked up their daughter’s yearbook. An unexpected photo printed next to Hadley Jo’s had everyone smiling during such a ‘ruff’ time.

Pandemic aside, Hadley Jo has been on her own roller coaster ride over the last 5 years. With a smile, she'll tell you she has epilepsy, a neurological disorder where brain activity becomes abnormal, causing seizures.

“Hadley Jo had her first seizure on my lap at 17 months old," said her mother, Heather Lange. "It was a very scary time in our life.”

Lange says they’re in a better place now, thanks to one companion who’s been at her side every minute of the day since she was two. Ariel is Hadley Jo’s service dog.

“She has the ability to know when something’s wrong. She’s able to alert us before a seizure happens and we’re able to administer rescue medication in less than 2 minutes in order to stop the seizure, so that’s pretty life-changing for us," Lange said.

Ariel goes where Hadley Jo goes, and that includes school.

“Most of our seizures are happening at school right now. Fine motor skills trigger seizures. Critical thinking, deep concentration, things like that. So, we’re really lucky to have Ariel because she can go to school with us," Lange said.

Ariel even rides the bus to St. Patrick Catholic School, unleashing some puppy love on her favorite teachers. This month, she took part in the school's kindergarten graduation celebrations.

Credit: Heather Lange
Ariel the Labradoodle stands at Hadley Jo's side as she celebrates her graduation from kindergarten.

Ariel’s the only service dog in the Archdiocese of Louisville, so it was quite the surprise when the Labradoodle was recognized as a classmate alongside Hadley Jo in the yearbook.

“That was pretty unique and pretty special to pick up our yearbook and see our service dog featured with our daughter. It’s very heartwarming and touching, that you see this inclusiveness where not everybody looks the same," Lange said.

If it weren’t for Ariel, life could have looked very different for the Lange family.

"I think we’d be in a very scary place," Lange said. "Because there’s a sense of security when I go to sleep at night. I know there’s eyes and ears on my daughter when I’m not there. There is nothing else I can think of that can do what she’s doing for our family. She truly saves my daughter’s life and I don’t think I could ever thank her enough for that.”

The family fundraised throughout the community in order to get Ariel when Hadley Jo was first diagnosed. Service dogs can cost anywhere from $20,000 to $60,000. It's a cost they hope to lessen for other families in similar situations.

They created the Hope for Hadley Jo Project and teamed up with the Epilepsy Foundation of Kentuckiana to raise funds for families needing service dogs.