Ellie the service dog is now able to help her owner, a Maine veteran, cope with panic attacks. 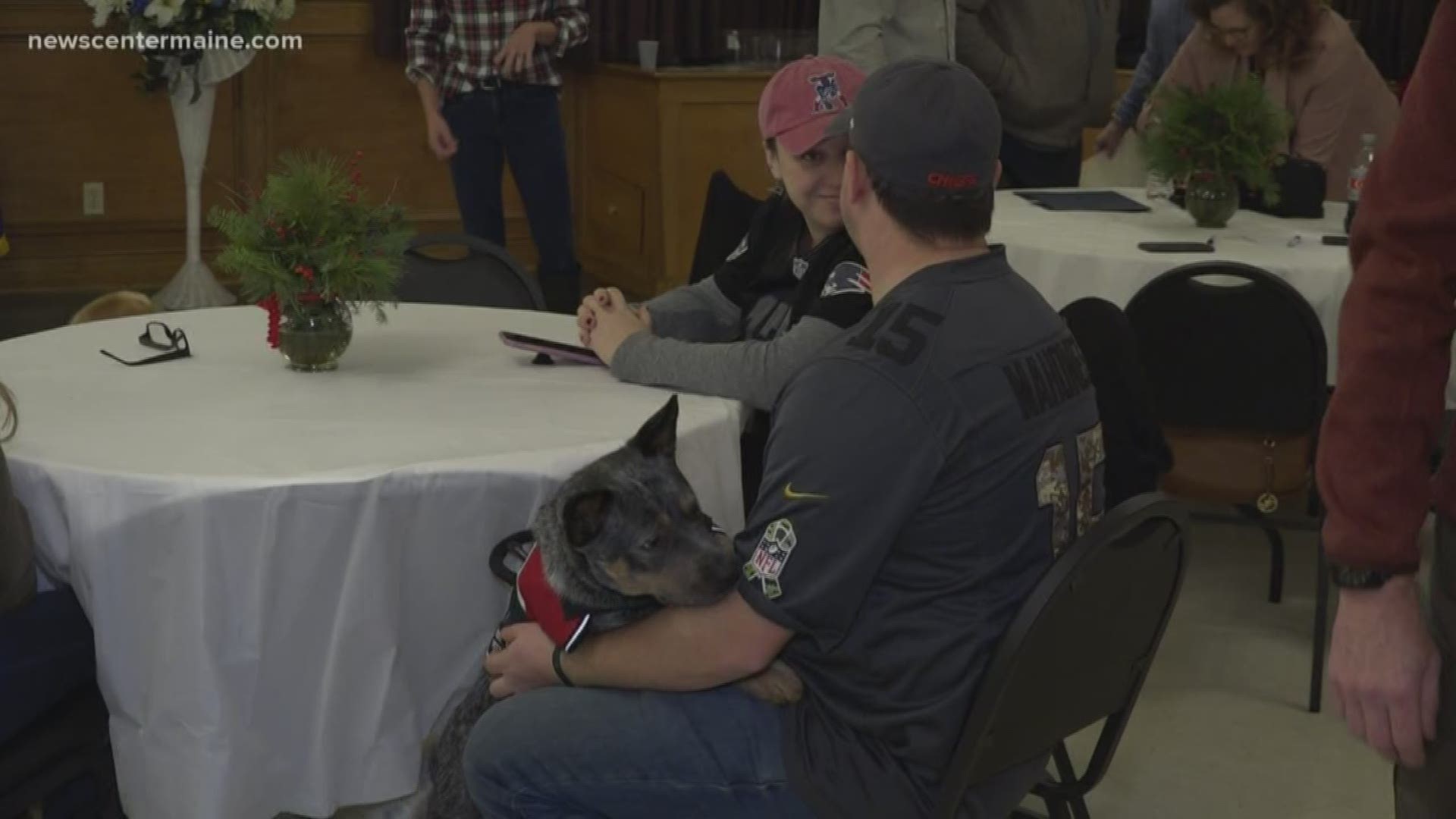 "Just the ability of her to sense something is off even before I  do," said Owens.

Owens was in the military for thirteen and a half years, and was deployed to Iraq and Afghanistan.

He left last year after developing anxiety and panic attacks.

"I wasn't a big fan of going out in public, which was a huge culture shock from prior to me coming into the military," said Owens.

His therapist suggested he connect with K9's on the Front Line, a Maine based non-profit providing service dogs to military veterans who are struggling.

There, he and his one year old Australian Cattle Dog trained for 20 weeks.

Ellie is now able to help him.

"She can see a panic attack coming on and she'll jump on top of me and if I sit down she'll pretty much attack my face... It's a nice distraction from what's causing it," said Owens.

On Sunday, the class graduated.

"The change we see in the veterans from the beginning of the program when we meet them... It's huge... It's black and white," said Linda Murray of K9's on the Front Line.

The change allows Owens to go out into public no longer afraid, with his 'best friend' by his side.