Amber Winters asked for cards for her son's 13th birthday, what happened next is incredible. 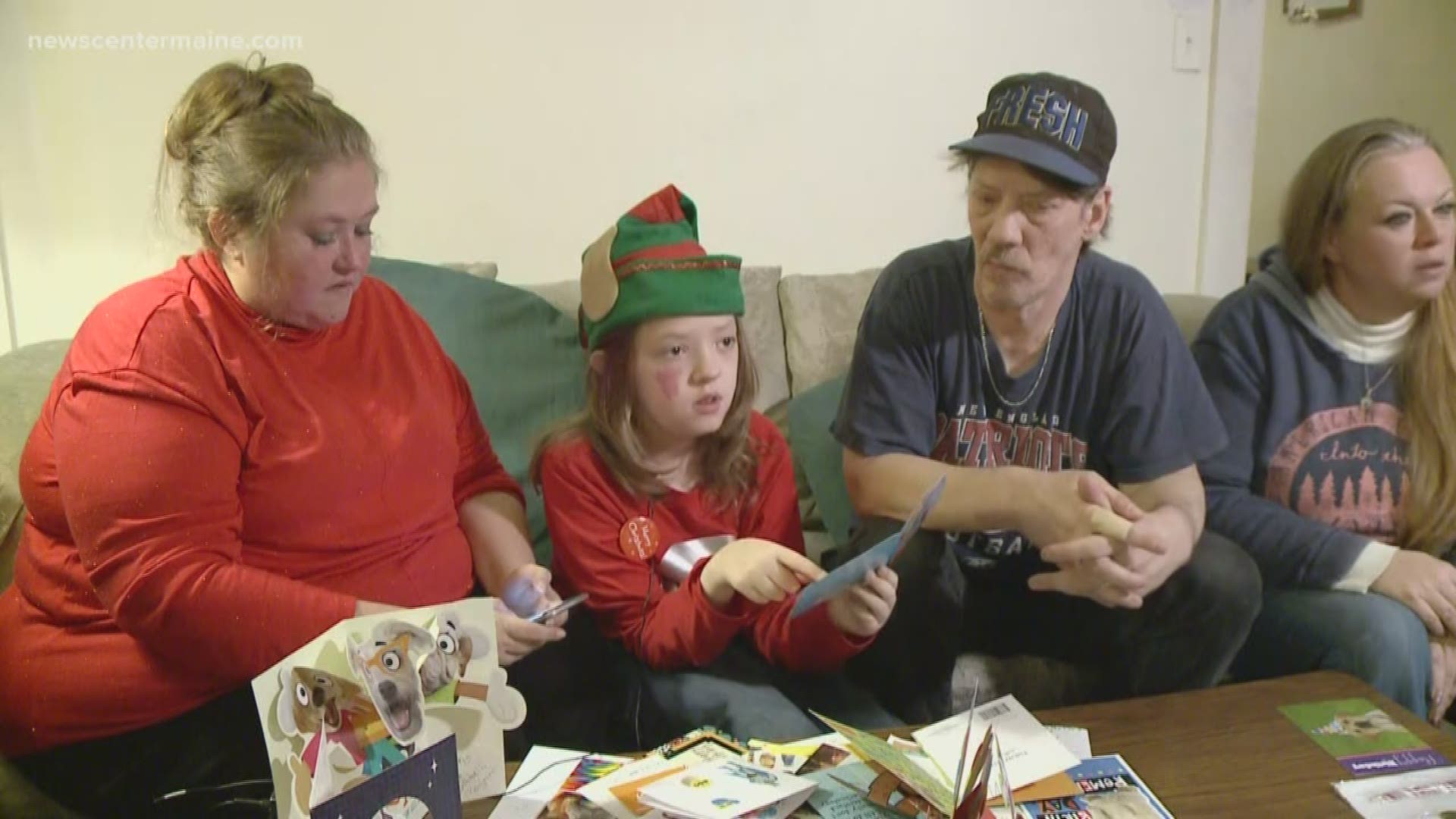 AUGUSTA, Maine — The milestone of becoming a teenager is something to celebrate.

But a mom from Augusta couldn't afford to throw her son a 13th birthday party.

The family has huge medical expenses because JC Giroux has severe epilepsy and autism.

So, Amber Winters turned to social media to help make her son's upcoming birthday special. What happened next is nothing short of a miracle.

James, who goes by JC, is turning 13 on Saturday. The 7th grader has epilepsy and autism. In the past year, his seizures have become more frequent and intense. Changes in medication and other health expenses left no money for the party he dreamed about.

In a post on Facebook, that was meant for friends and family, she asked people to send her son Birthday cards to make sure his Birthday was special.

The family has received hundreds of greetings and cards from across Maine and New England.

This post has been shared nearly ten-thousand times and has more than 5-thousand comments including from Australia and the United Kingdom.

That compassion is contagious. Laura Benedict saw the post on her news feed while on vacation in the Bahamas.

Laura Benedict is the owner of the Red Barn Restaurant in Augusta.

The restaurant is hosting a birthday party for JC on Sunday, with complimentary food and balloons.

An outpouring from strangers, JC's parents say they hoped for but never expected.

"I prayed and this miracle was bestowed upon him in the form of kindness from so many people," said Amber Winters, JC's mom.

Along with those cards and birthday greetings, strangers have donated nearly one-thousand dollars to JC's family.

His mom hopes to use some of the money on presents and possibly a college fund. A GoFundMe account has also been set up to help with JC's birthday and Christmas celebrations.

RELATED: Playground bench to be dedicated in memory of Jacob Thompson