Nathan Adams lost his grandfather Fred, an Army veteran, in February. It's part of his way to honor his papa's memory. 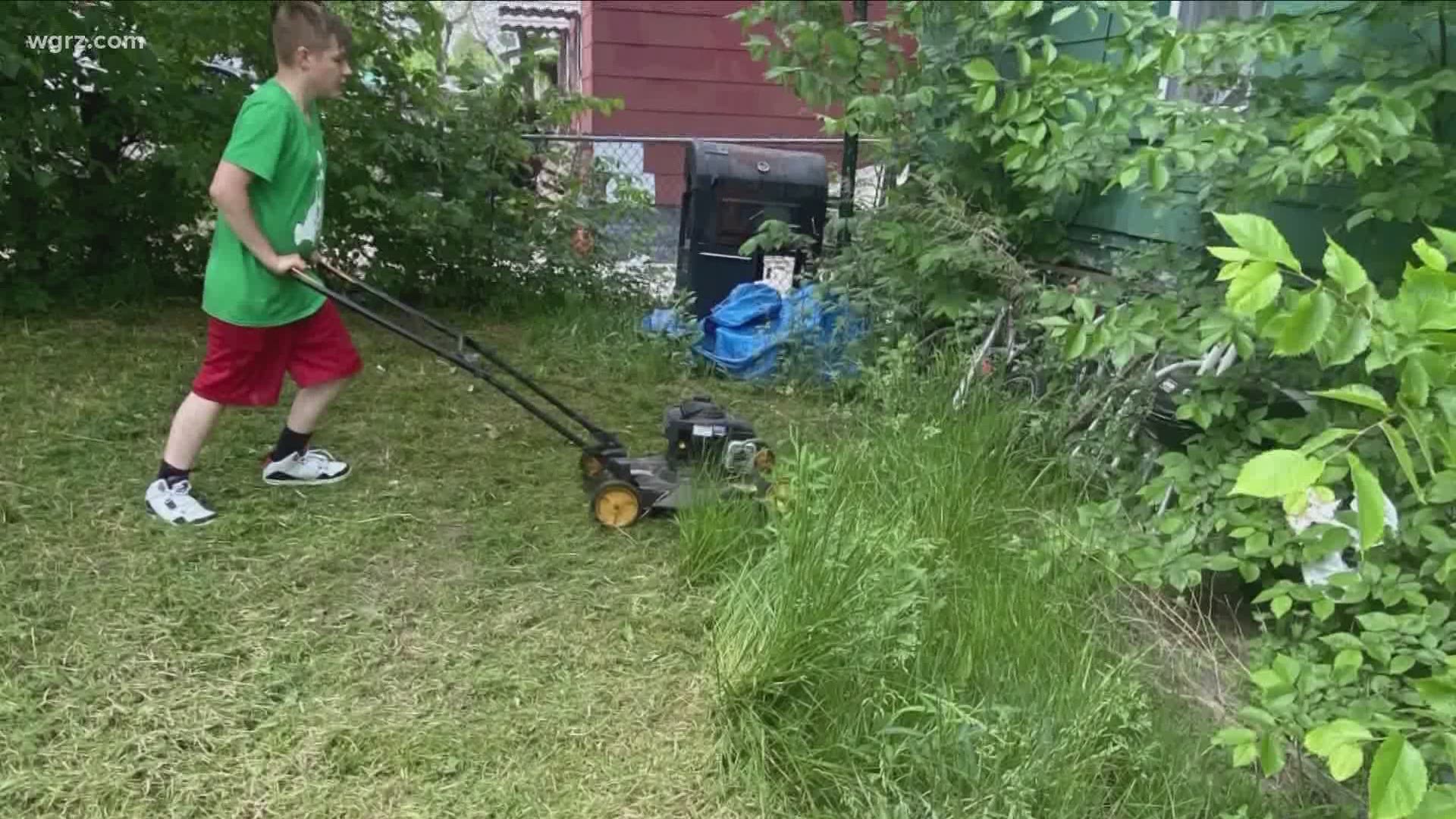 TONAWANDA, N.Y. — Some people have such an impact on our lives, it influences the decisions we make.

It's exactly the case for 14-year-old Nathan Adams of Tonawanda, who lost his grandfather Fred in February to cancer.

So when Nathan set out to find a job and no one would hire him because of his age, the answer became clear.

"Me and my mom set up a business to mow lawns," Nathan said.

Nathan calls himself the "Lawn Kid."

He started his mowing business in May, doing work for neighbors and finding people who needed some help through local Facebook groups.

Then he decided he needed to do more to honor the memory of his grandfather, a U.S. Army veteran.

So far he has six veterans on his list but needs the community's help to find more. Nathan started getting help from Western New York before he even told them his new mission.

When he needed a lawn mower, a family friend stepped up to help Nathan buy a used one.

When that one broke down, Nathan's former client, Leona Doherty, who works at Lowe's, got the store to surprise the teen with all new lawn equipment.

"He didn't quit. He's 14, a teenager. A lot of kids would have been like, you know. And it was hot that day. He just stuck with it," Doherty said. "When you have the ability to make something a little bit better for somebody, you should just do it."

"It was the best mower I've ever had," Nathan said.

Nathan started a goal as a way to remember a loved one who did so much for others.

"Everyone wants to help the community in their own way," he said.

It just so happens he made his own impact, inspiring others to do the same.

If you would like to nominate a veteran or are a veteran who would like some help with your yard, you can reach Nathan at thelawnkid@yahoo.com.