Growing vegetables? Watering is a must twice a day a right now

There are several ways to water your raised beds, but this most effective. 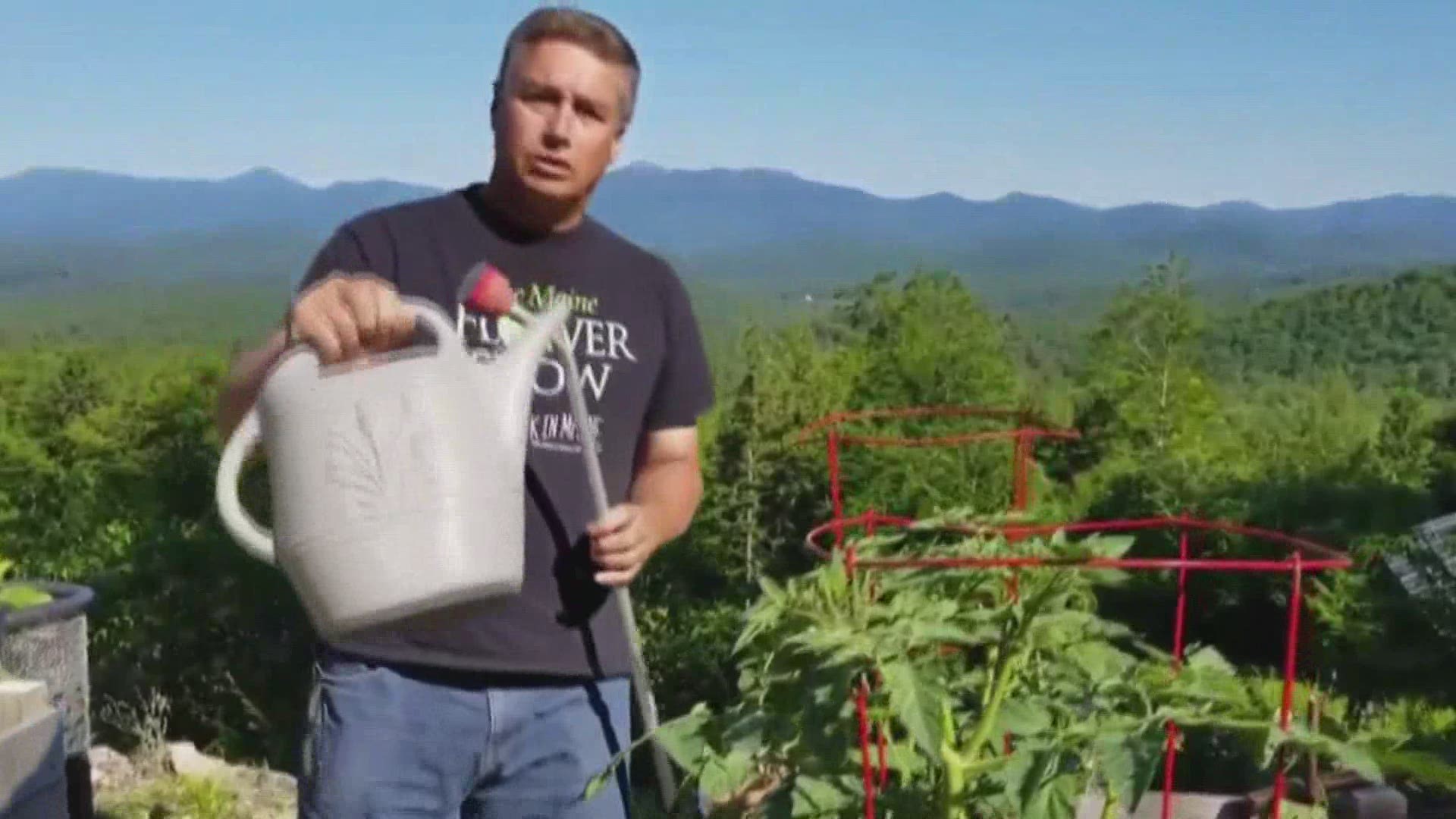 PORTLAND, Maine — Baby it's hot outside! You may be struggling, but your vegetables are loving the heat. However, if you are among the thousands of people growing your own vegetables this year, and you've built raised beds to growing them in, watering twice a day is vital. Raised beds require more water in general, because drainage is typically better in beds than it is in the ground.

Of course, there are several ways to do that. Most do it by hand with a hose or watering can. But there are things to keep in mind. It is best to water in the morning, and then early afternoon, when it's hot. It is optimal to get the water right at the base of the plants, not on the leaves. In the sunshine, water droplets on the leaves can actually burn the plants. Because you can put the water right where you want it, watering by hand is the most efficient.

If you don't have time to get out there and water at those times, twice a day, you have other options. Mark Faunce, the chairperson of the Maine Flower Show, says last year he tried an impact sprinkler, one that fires water thru the air, which rains down on the plants. "I wound up with powdery mildew all over my cucumbers and squash.  So that's out this year."

Instead, Faunce has run a drip hose through his raised beds, right around the base of the vegetables. These are the black hose that allow moisture to seep through the entire length of the hose. He has also set them up on a timer, so they start dripping water in the early morning and early afternoon. "Set it and forget it".