Thanks to Bangor firefighters, a few pieces of family history made it out of an apartment house fire. 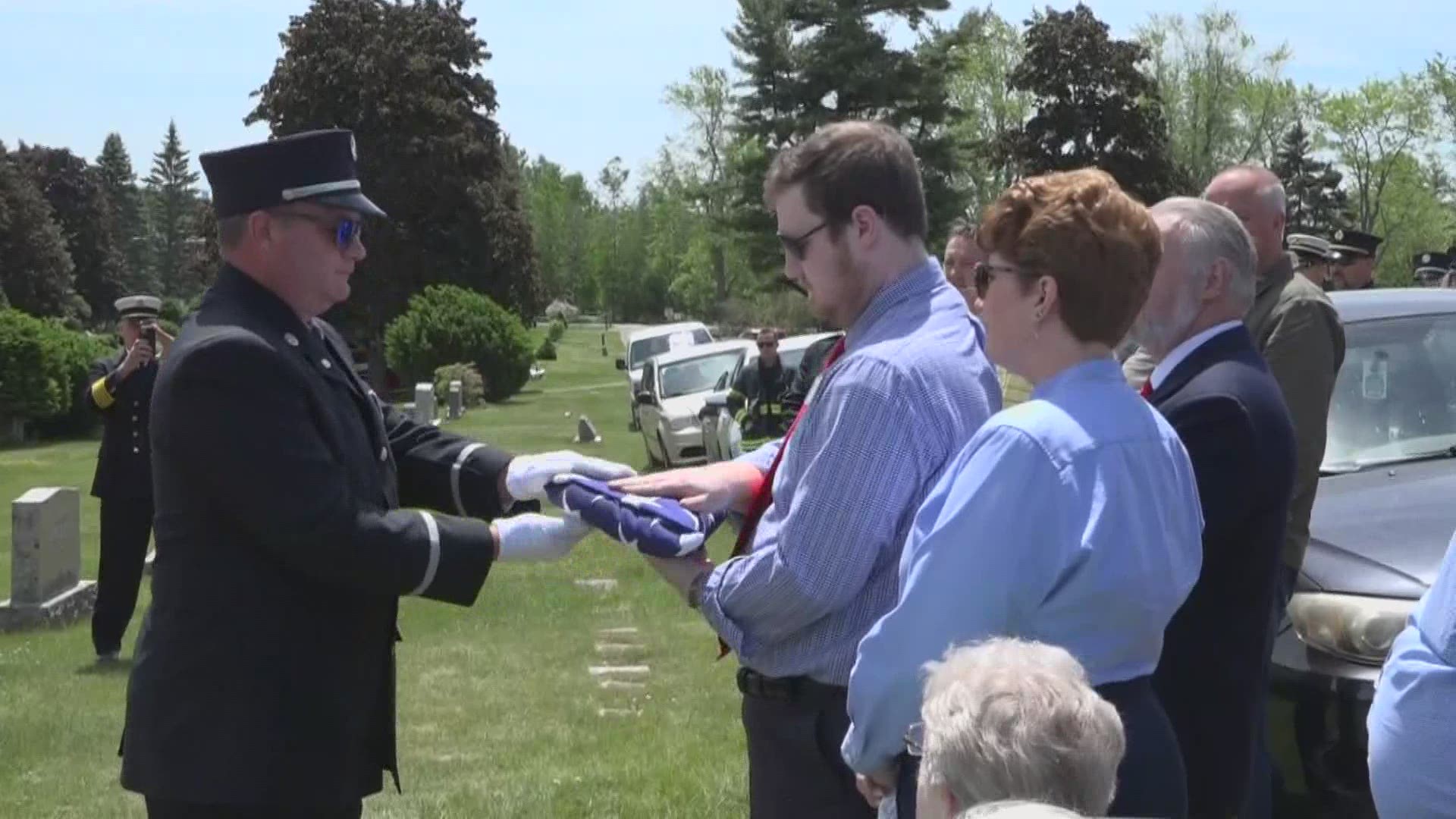 BANGOR, Maine — When a fire destroys a home, it's hard for families to rebuild and start over. And sometimes, things are lost in the fire that can never be replaced. That almost happened last month at an apartment house on Center Street Avenue in Bangor until a few firefighters went out of their way to save some very special family heirlooms.

On Thursday, Jonathan Tenney, who lived in one of those apartments, was reunited with the family's military flag after it was restored by the local American Legion.

Tenney said he didn’t have a lot of time to grab stuff and get out so he left with just the clothes on his back and his phone. Tenney said he remembers being asked what the most important thing was that he hoped would survive the fire and he said it was the flag that belonged to his late grandfather, Herbert Tenney.

Hermon Fire Captain Mike Simmons was one of the firefighters working that night. Simmons was on a ladder looking into a second-floor apartment when he saw it through the window. He said he requested permission to enter the apartment from the chief to get the flag.

“When I first saw the flag I was like there is a piece of memory or history that belongs to somebody and we need to get that flag out and preserve that the best we can best that we can,” Simmons said. “There was some smoke damage to it took a little heat damage but it was still all together in one piece.”

When the Bangor American Legion heard about the story they offered to have it cleaned for the family. And on Thursday it was presented back to them at flag folding ceremony at the Pine Grove Cemetery where Herbert is buried. Jonathan’s dad Jeff says that is 10 years ago to the day.

“We had a military honor guard that day that folded the flag and presented it to my mother who then presented it to my son, and I was all in favor of that,” said Jeff Tenney. “So, it’s been 10 years since the flag was last folded and here it’s being folded again today hopefully for the last time.”

Jonathan not only got back the flag, but firefighters also rescued something else precious to him that was rescued that day: his grandfather's dog tags.

“They went above and beyond rescuing it. Because they saw it, they realized what it was and went in,” Jonathan said. “They made sure they rescued it so I can't give them enough gratitude for this.”

Heavy black smoke and fire showing from the top floor of the building. #NEWSCENTERmaine pic.twitter.com/FfJLmT2C9W