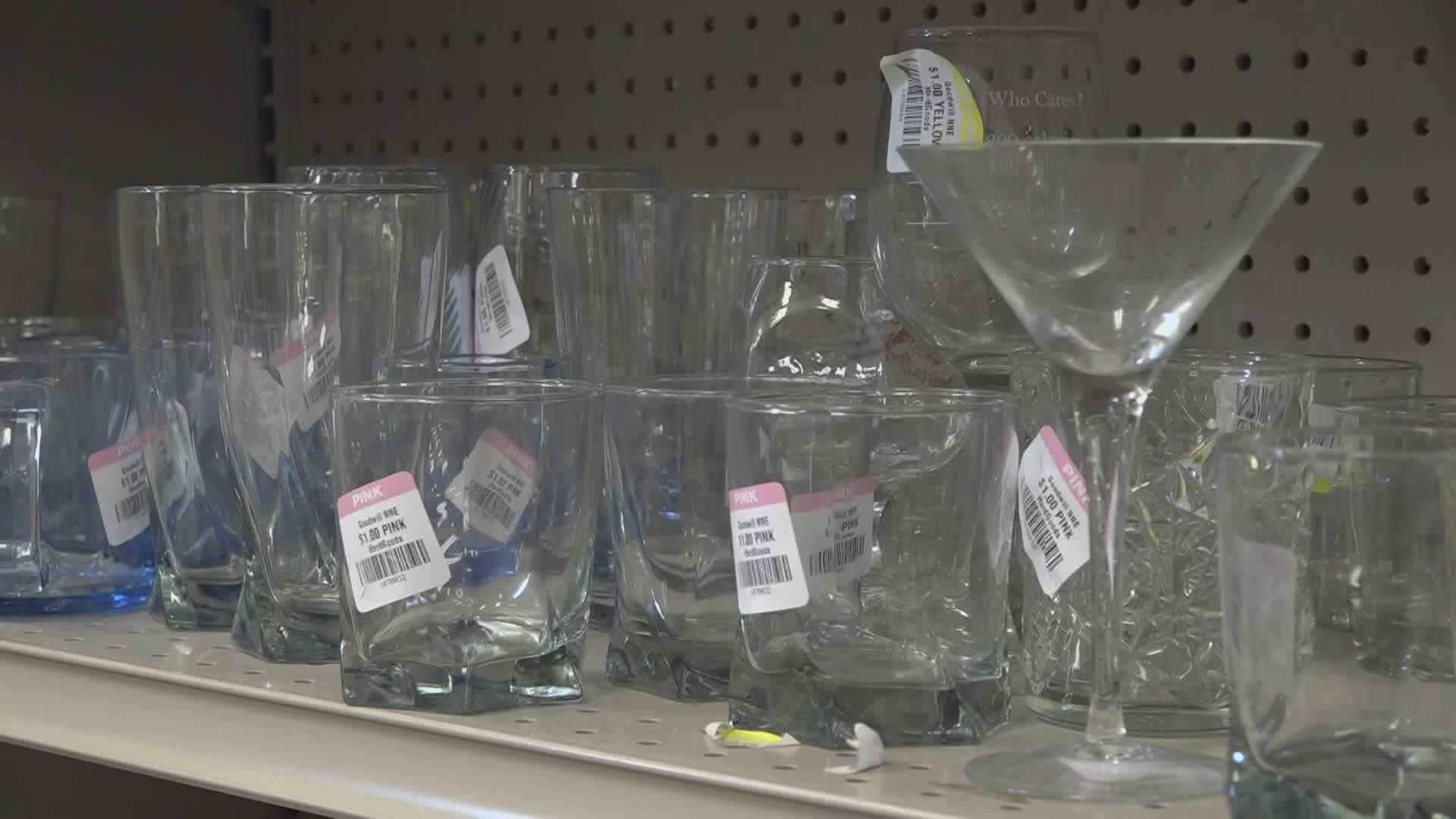 GORHAM, Maine — Goodwill Northern New England is facing a million-dollar trash bill that could impact services because of some of the items people have donated.

The nonprofit helps people with disabilities and helps others find jobs. However, funding that normally goes towards those initiatives is now being redirected to address a growing issue. Officials say, in 2020 alone, Goodwill Northern New England (Maine, New Hampshire, and northern Vermont) had to dispose of more than 13 million pounds of bad donations that turned into a $1.2 million trash bill.

Heather Steeves, communications manager for Goodwill Northern New England, said that’s up 155 percent from 2015 and that includes three months when donation doors were shut because of the pandemic.

"In about the last five years, we’ve seen a huge increase in donations of trash. I’m not talking about a blouse with a missing button. I’m talking about literal trash, like leaky batteries or broken couches. These are things that we can’t recycle and so it cost Goodwill a lot of money to dispose of these items," Steeves said.

Colby College Professor of Environmental Studies Alison Bates said the growing issue is a result of waste services varying between communities, and overall confusion about how to dispose of certain items. "I think there's a lot of confusion for customers of what can go where," Bates said, "and there's sort of a feel-good aspect of donating items."

Bates said that while reuse is great, some items are a better fit for recycling.

"If you're getting rid of this item because it's broken, it's probably not going to work out for somebody else," he said.

If you resist throwing things out on principle, Bates suggested reexamining your purchasing and consumption habits.

"We can take a step back and think of the upstream effect. We buy a lot of fast fashion and things that may not last a long time," Bates said.

Steeves said they don’t want to discourage people from donating, as Goodwill relies on donations. That said, she hopes more people will take the time to check its donation list.

"We’re really grateful for the good donations and most people are good and they are trying their best but we’re just asking please double check to make sure that you’re not donating something on our do not donate list," Steeves said. "It’s really that simple and most people are doing the right thing but if we could all pitch in to reduce the trash bill it would go so far as to getting more people jobs and programming in Maine."

To learn what you can donate to Goodwill, click here.

To learn what is recyclable, and what is trash, click here.

In 2020, Goodwill Northern New England (Maine, New Hampshire, and northern Vermont) disposed of more than 13 million pounds worth of unusable donations. The nonprofit had to foot the more than $1.2 million trash bill. #Thinkbeforeyoudonate More at 6 on @newscentermaine pic.twitter.com/AF037nvapA