Gigantic Old Glory flies high in skies of South Portland, can be seen for miles

"I think it's something the community can be proud of." The massive flag was put up by local business owner and former Navy Seal Chris Tyll. 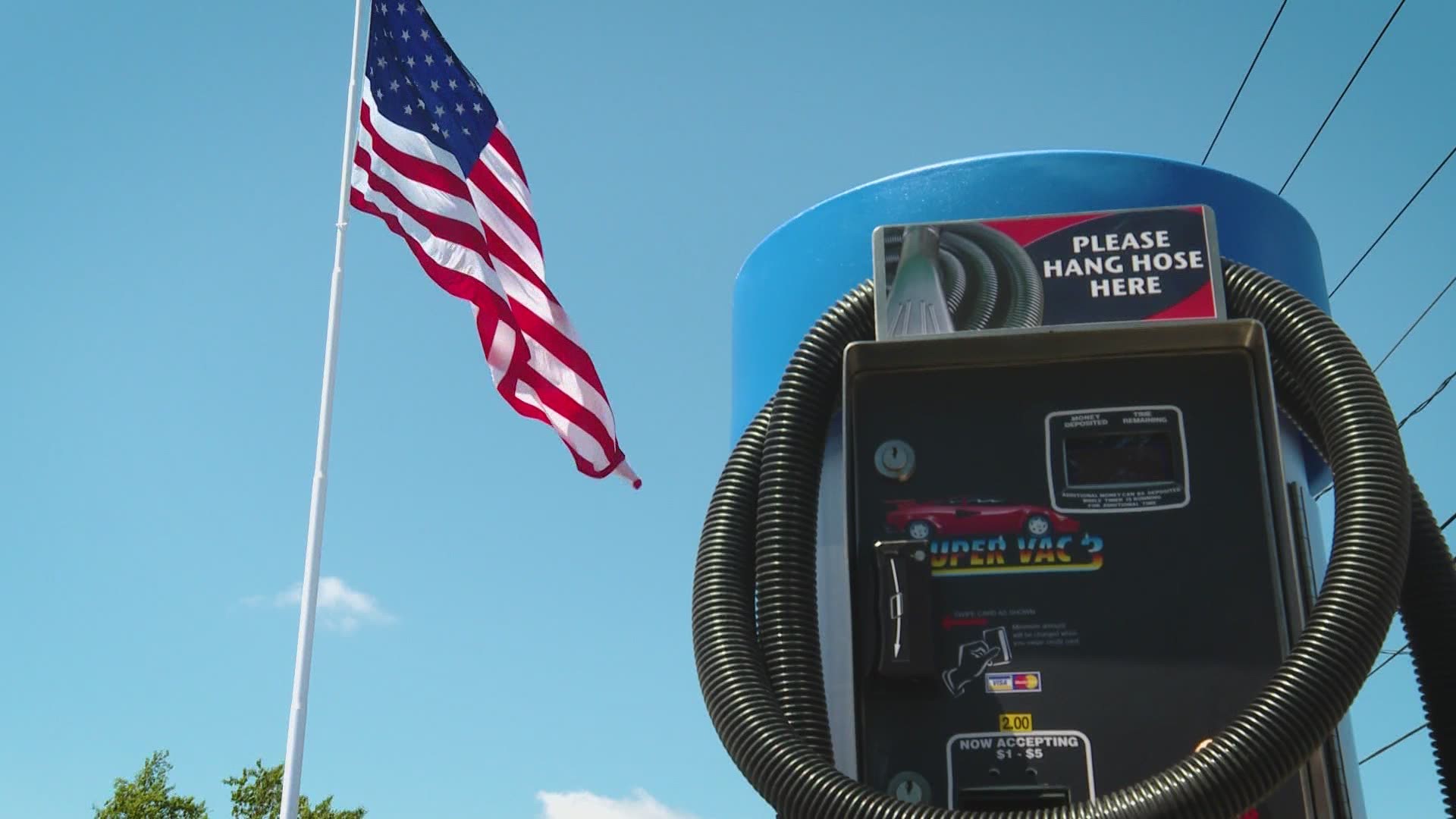 SOUTH PORTLAND, Maine — It's a sight to be seen. Old Glory in all of its beauty flying high in the sky over South Portland.

"When you see that flag billowing in the wind it's almost mesmerizing," said Chris Tyll, the owner of Crystal Clean Car and Dog Wash in South Portland.

Tyll started renovating the place two years ago in an effort to make the business environmentally friendly. Part of that plan was a flag. The one he chose was 1,500 square feet.

"You know the cost of doing business in Maine. We finally saved enough pennies to invest and do the flag pole and I don't think it could have come at a better time for both our community and country."

Tyll is a former Navy Seal.

"The flag represents so much having been fortunate enough to serve and see other areas of the world."

Tyll says in this country there is more that unites us than divides us.

"If more people woke up and say their Americans and not left or right or Republicans or Democrats I think all of our problems would be solved in two months."

This past Saturday, Independence Day, the massive flag was raised and dedicated with the help of local police and members of the Combat Veterans Motorcycle Club.

"An elected official is going to come and go. The principals that stand behind that flag are meant to endure forever. Our system we live under is beautiful. It was designed so passions of today don't change the future of kids."

That system, Tyll is referring to is democracy for which so many have died defending.

"Having unfortunately lost friends that signed a contract and were willing to come home under the flag, for me, it means the world to me."

And while these Stars and Stripes may be bigger than the ones flying outside homes and businesses across the state, Tyll says the message each of them carries is the same.

And he hopes all Mainers will appreciate the freedom it represents.

Tyll says the flag pole that is at his business is handcrafted with American steel and was installed using all local companies. He says it is a sight to see all lit up, with LED lights, at night.

RELATED: Complaints of fireworks in Portland neighborhood; police cruiser dented by one