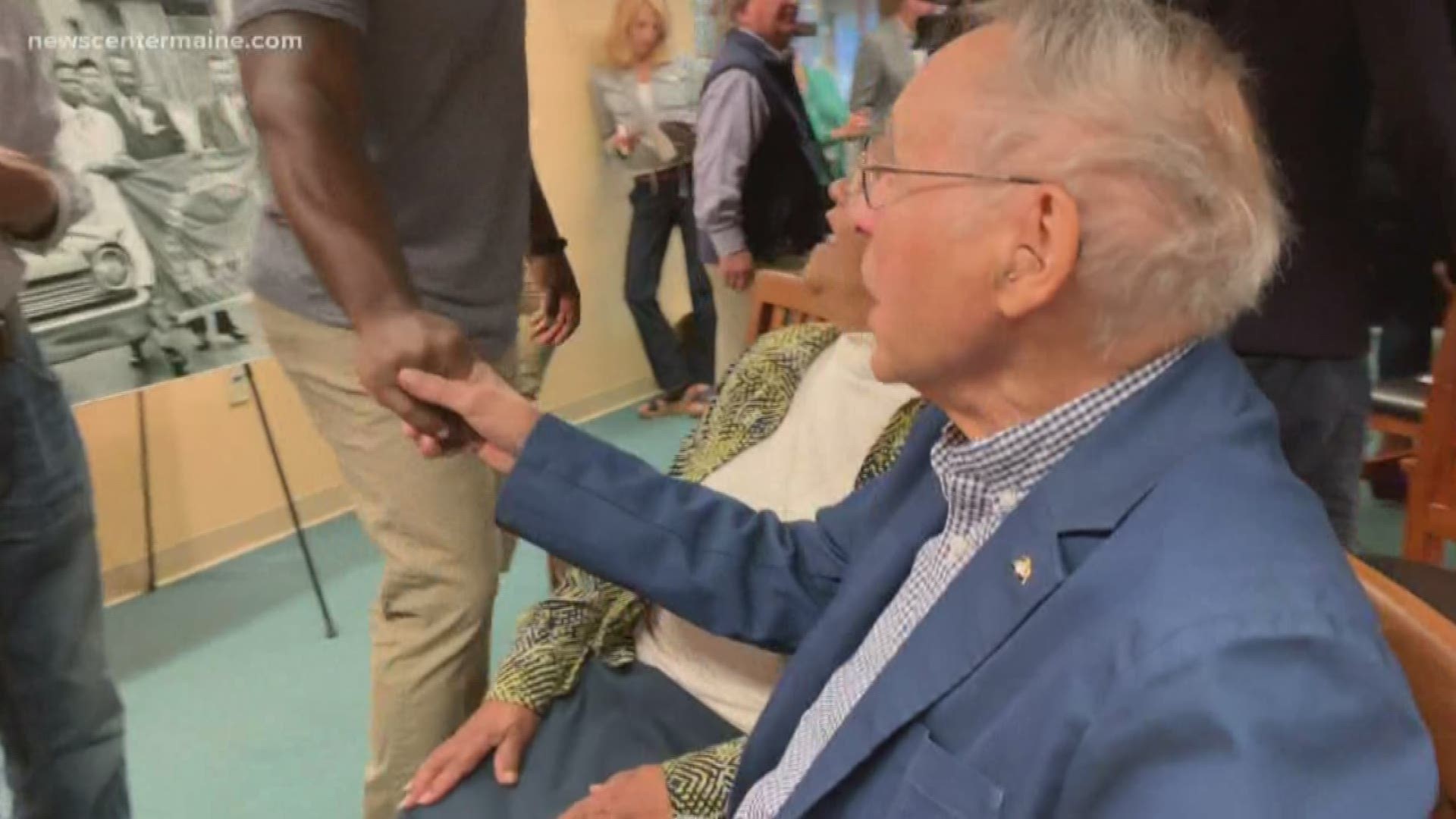 PORTLAND, Maine — Gerald Talbot made history as Maine's first African-American legislator. Now he's being honored by the University of Southern Maine for his contribution as an activist and political leader.

Gerald Talbot, Gerry to his friends, was born in Bangor and played a major role in Maine's struggle for civil rights.

He was elected as the first President of the Portland chapter of the NAACP and served in the legislature in the 1970's.

Throughout his life Talbot collected documents, books, photographs---all with significance to the African American Community-- in Maine and beyond.

The materials, called the Talbot Collection, are permanently on display at USM.

On Tuesday, September 10, 2019 at the USM's Glickman Library, University President Glenn Cummings announced the creation of a new teaching fellowship, in Talbot's name, that will encourage students to study the collection.

"He was a history buff and a consummate collector. His focus was capturing the stories of a people, who came from a people that was the black African American experience."

Talbot Ross remembers how her father would pack his VW van and travel the state, setting up small exhibits with his memorabilia.

"His material grew to such size and scope he decided to take them on the road to bring documented and undocumented stories of black lives to a greater audience."

She said her dad particularly loved talking with students and working with educators about the best way to talk about African American history and issues related to race.

After the ceremony Talbot said the creation of the fellowship, in his name, is beyond his wildest dreams.

"You have to get into education. You don't know what happened yesterday", it's important, very important and that is what will tell you is happening today" Talbot said.

It was also announced on Tuesday that Dr. Lance Gibbs was appointed the University's first Talbot Fellow. His term will last for three years.