Wreaths Across America held Friday's event to honor the Freeport Flag Ladies and recognized the 19th anniversary of Sept. 11, 2001. 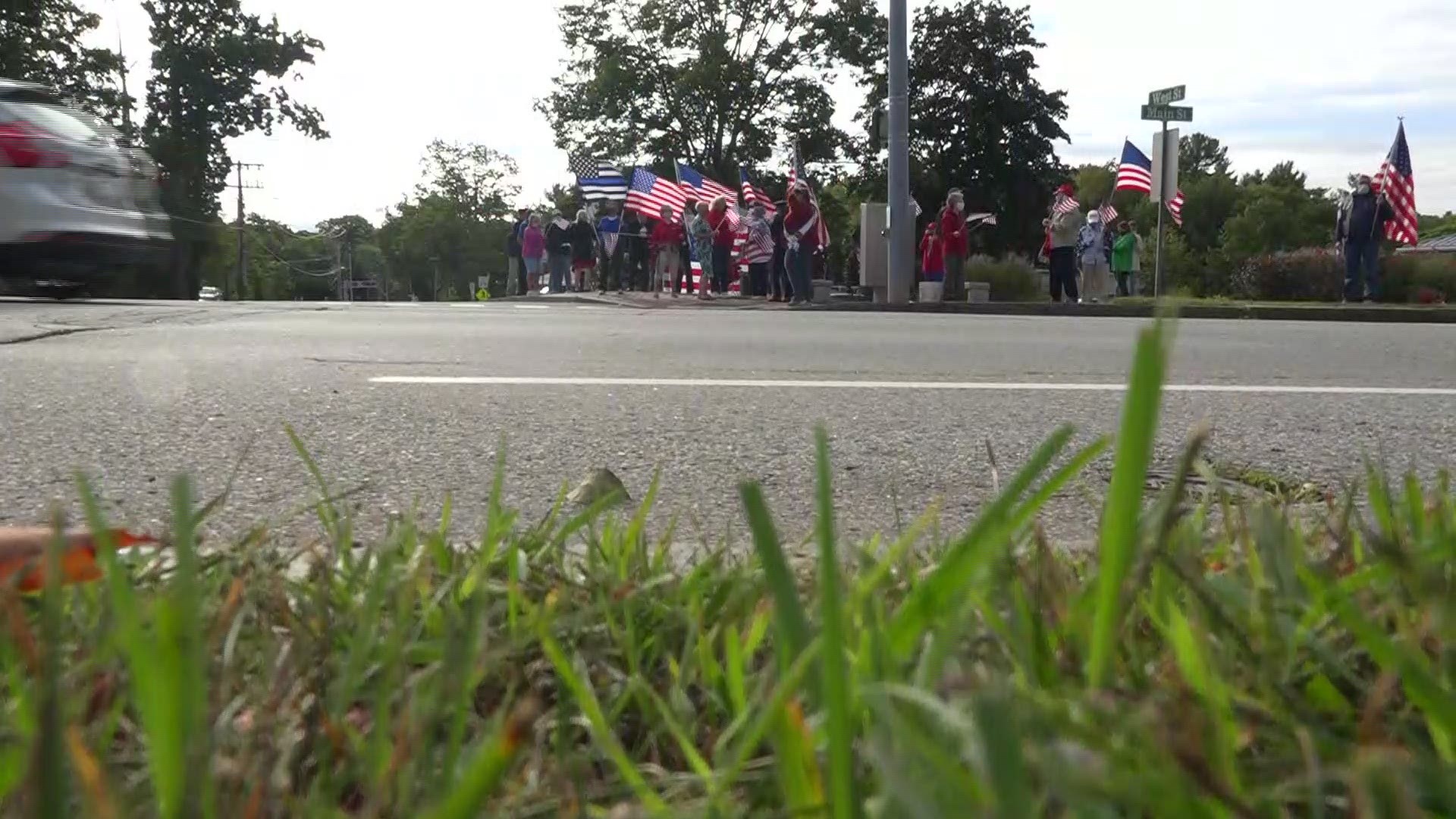 FREEPORT, Maine — The Freeport Flag Ladies were back on the Corner of West and Main Streets Friday in honor of September 11, despite the fact they announced plans to retire last year.

"There are some missions in life that will never finish until you take your last breath," Elaine Greene said.

Greene, Carmen Footer, and JoAnn Miller were joined by at least 20 others to wave the red, white and blue as passing cars honked and drivers waved.

RELATED: Mainers honor victims on the 19th anniversary of the 9/11 terrorist attack

The three first started their flag-waving mission 19 years ago when Pres. George W. Bush asked Americans to step outside their homes with lighted candles in honor of those who were killed in the terror attack.

This year they wore patriotic face masks out of precaution, but it did not stop them from standing tall.

"Being an American, I was born one and I'll die one. So my mission will never be over," Greene said.

The group, including first responders, veterans and gold star families, participated in a nationwide flag-waving event hosted by Columbia Falls-based Wreaths Across America.

Founders Morill and Karen Worcester held a gathering at the new Acadia National Cemetery in Jonesboro Friday morning to wave flags and observed a moment of silence at the times every plane crashed that fateful day.

"I think there's was so much of that feeling we had on 9/12 when we were so unified as a country and I think now more than ever we need to come together," Karen Worcester told NEWS CENTER Maine. "We need to remember honor teach. That's our mission."

The organization had people participate in locations across the country with live streams on social media and encouraging people to use #FlagsAcrossTheCountry.

RELATED: US marks 9/11 anniversary at tributes shadowed by coronavirus

"I hope in my heart of hearts that anybody that who was old enough on that day remembers how we came together and come together again," Greene said.