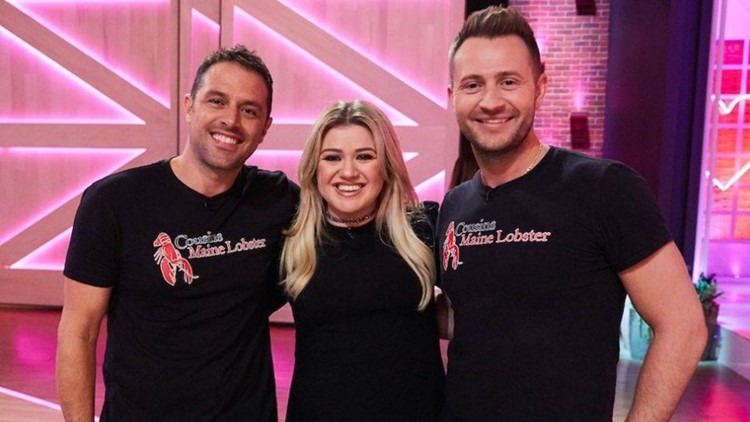 Cousins Maine Lobster co-founders Sabin Lomac and Jim Tselikis appeared on The Kelly Clarkson Show on Tuesday to show the original American Idol how to cook like a Mainer.

Actors Justin Hartley and Abby Elliott also put on a lobster bib to make the "Connecticut" roll. Ingredients include warm Maine lobster, lots of butter and a New England-style roll.

"If you want to be a Mainer, Kelly, you have to get your hands dirty," Lomac told Clarkson when it was time to "claw up" the lobster meat.

Lomac and Tselikis were born and raised in Maine before Tselikis moved out to Los Angeles. The duo met for dinner in L.A. in 2011 and decided to create Cousins Maine Lobster a year later by serving Maine lobster on the west coast via food trucks. Three months later, the cousins appeared on Shark Tank and got a deal with Barbara Corcoran.

Watch the segment below: