Harris Turkey Farm in Newfield has doubled its sales this year. 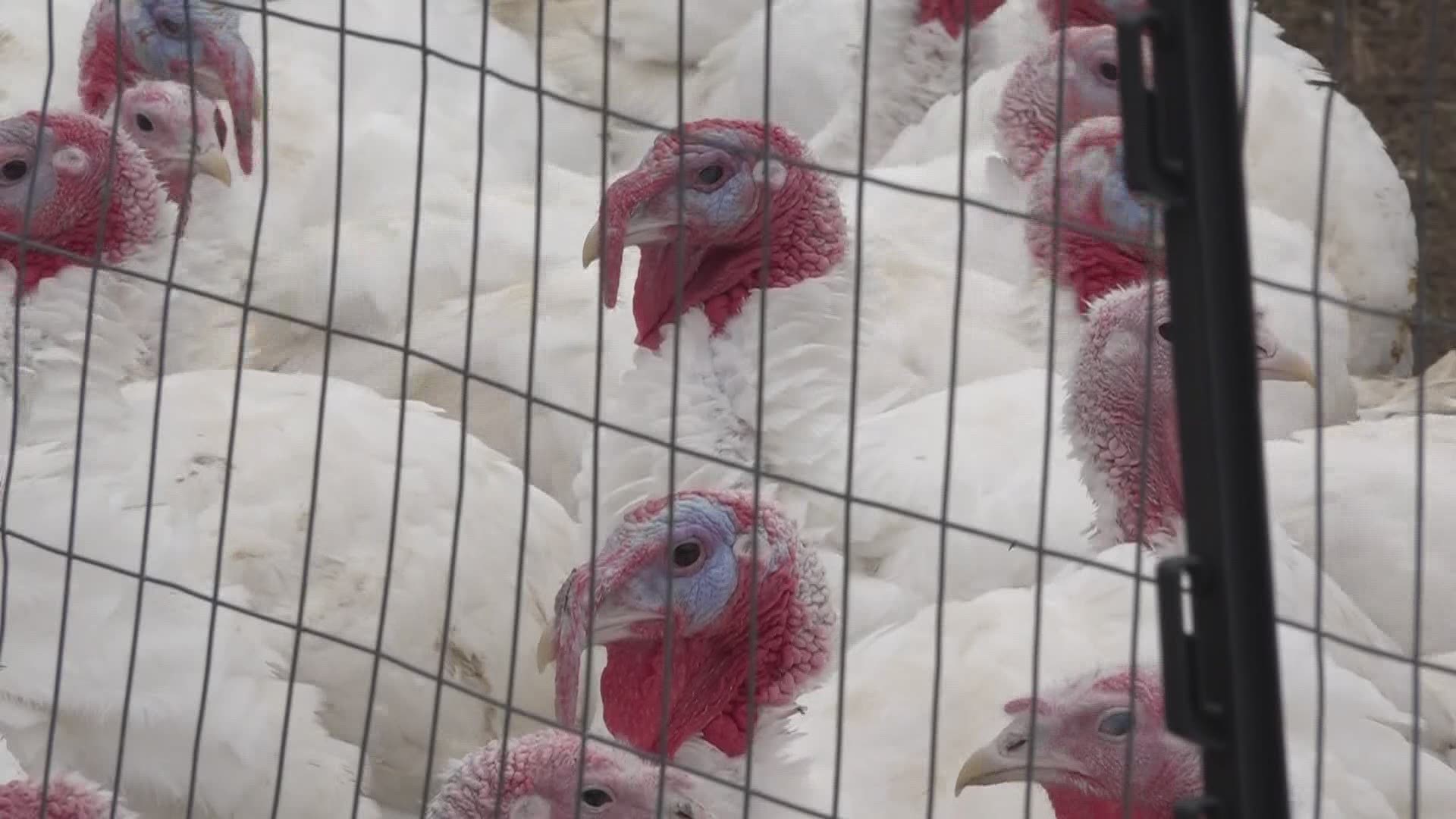 NEWFIELD, Maine — While many businesses are struggling during the pandemic, turkey farms in Maine are 'gobbling' up sales.

"This year we've seen a spike in sales since the beginning of the pandemic," Harris Turkey Farm co-owner, Chase Harris said.

Harris said he starts taking turkey orders for Thanksgiving in June and usually sells out in September. This year he was sold out in seven days.

"I think when the pandemic hit, people started to stock up on product. They were seeing the meat shelves were often bare. The meat plants were shut down and people were concerned they wouldn't get the products that they want," Harris said.

He said while people are doing smaller gathering this year, he doesn't believe that is what's causing the demand because he said people are not getting smaller turkeys.

"Most people are getting turkeys 18-25 pounds."

At Greaney's Turkey Farm in Mercer, the birds are selling out fast.

"We've absolutely sold more birds this year. People are buying a turkey for Thanksgiving and then they want one for later one, and I'm like that's different," owner Scott Greaney said.

The owner said his customers are also buying larger turkeys.

"The rumor mill is everyone is buying small turkeys. Not here in Maine. Mainers, they're tradition, through and through and you know 'ma' has always cooked an 18 or 20 pounds turkey...if only one person shows up, we're still having that 18-pound turkey," Greaney said.

A tradition on tables in Maine, no matter what Thanksgiving may look like this year.

A Maine turkey farm says it sold out of turkeys for Thanksgiving at the end of June. It usually sells out in September. We’ll tell you why tonight on @newscentermaine. Also, if you can’t tell, these turkeys are very excited to be on TV. pic.twitter.com/qTIjXJygCu