Starting Oct. 13, restaurants can increase capacity limits to 50% of permitted occupancy or 100 people—whichever is less. 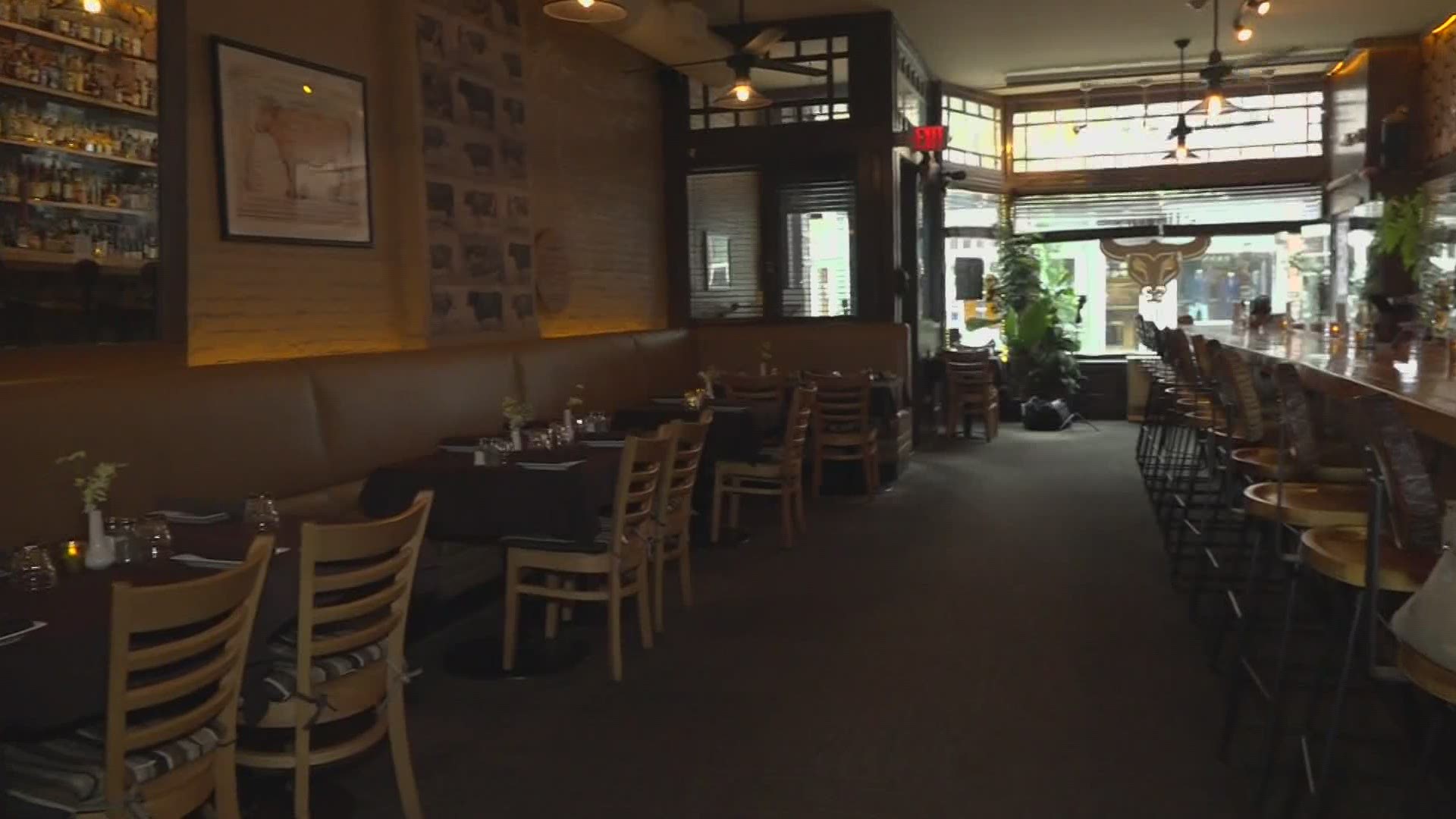 PORTLAND, Maine — As the weather gets cooler, restaurant owners will now be able to expand their indoor seating.

The order starts on October 13.

"As winter approaches, we have to continue this important balancing act. We need now to ensure the businesses who were able to operate outside safely during the summer months, are able to continue operating as the weather gets colder," Mills said.

While the owner of Three Dollar Deweys is happy restrictions are loosening, he said his restaurant won't benefit from the announcement because half of his permitted occupancy is more than 100 people.

"We'll end up laying off people who've been working outside. We'd really like to be able to open up at 100 percent," said owner Joe Christopher.

He said having extended outdoor seating has been great, and said he will keep it until people won't use it anymore.

"We haven't had one sick teammate the whole time, so we're pretty excited that it's all been working out and sales are up. People are getting out and having fun," said Christopher.

Stage 4 of the state's reopening plan also anticipates a reopening date for indoor service at bars and tasting rooms on November 2.

Starting Oct. 13, restaurants and other indoor service venues can increase indoor capacity limited to 50% of permitted occupancy or 100 people. Whichever is less. While some owners are excited, others say it won’t benefit them. More at 11. @newscentermaine pic.twitter.com/wLK7JBNaRK