Potato growers hopeful for a better weather year, but concerned about worker shortage and rising costs

To keep growing potatoes at the highest quality, some Maine farmers are adapting by growing more resistant varieties like the Caribou Russet and Queen Anne. 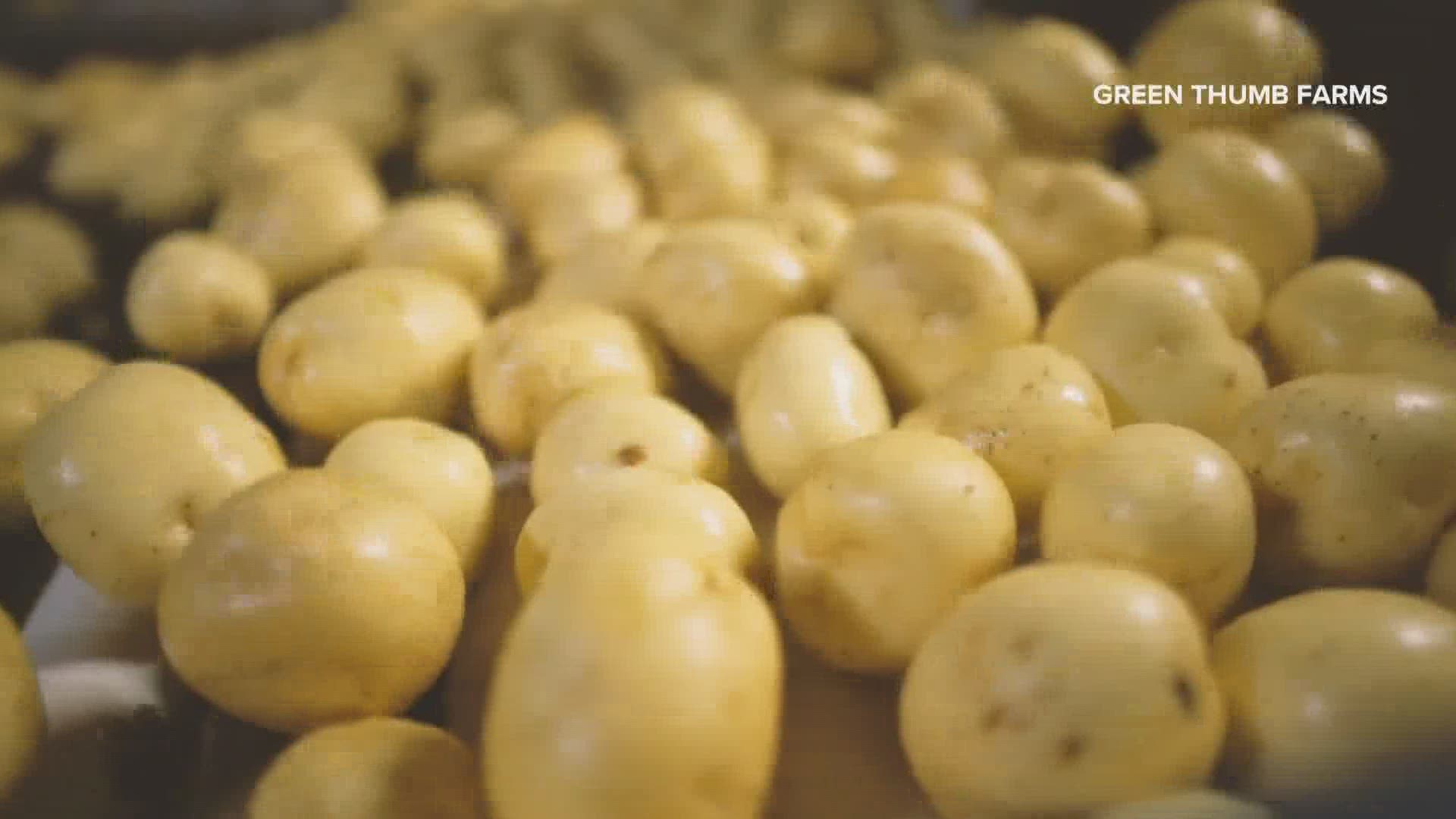 MAINE, USA — It's growing time for Maine potato farmers throughout the state, and many are growing potato seeds now, hoping for a better season overall.

According to the Maine Potato Board, last year drought conditions resulted in a potato crop yield that was down 20 percent state-wide.

"We are hopeful we'll get a little more water than we did last year," said Mike Hart, director of sales and marketing at Green Thumb Farms in Fryeburg.

This year, even though it's early to tell what mother nature will have for us, Maine potato farmers are already planting strategically.

"We've had three dry years here in Maine as it relates to the potato industry...they were dry, drier, and absolutely dry," Flannery said.

Flannery believes this season, Maine's potato acreage will go up. "We were down last year about 1,000 acres planted and that was due to COVID-19 and there were fewer potatoes contracted," he said. "I think we are at a better place coming in this year and I think we will see that acreage come back."

Flannery estimates Maine farmers will grow 53,000 thousand acres of potatoes this year. Green Thumb Farms is aiming to raise the same amount of acreage this season as they typically do, between 800 and 850 acres of potatoes.

"Potatoes don't like a lot of water, but they need to have enough water and what happened is you didn't get potatoes size-up, they were small in size," said Flannery.

Flannery June, July, and August are the key months for the crop to grow with enough rain.

"We don't irrigate a lot of potatoes in Maine, but we see that as a necessity going forward, risk management...not necessarily to grow a whole lot more potatoes than we've grown before, but managing that risk like we saw last year," said Flannery.

"The hardest part for us with our harvest is when you have a dry year, it tends not to cook-put the skin in the potatoes as tight as you like it," added Hart.

Flannery said some potato farms are is also looking into farming more Caribou Russet Potatoes and Queen Anne, varieties that appear to survive the conditions.

"What we have found is that it's very very very tolerant to drought," said Flannery, referencing the Caribou Russet Potatoes.

"We have Queen Anne variety, that every year it marvels us. We continue to double our acreage. It seems to be resistant of a lot of things," said Hart.

Besides climate change concerns, potato growers are also worried about the lack of workers helping with the crop this season, as well as the rising costs that come with agriculture.

"Fertilizers are up, you know obviously fuel is up, seeds are up," said Hart. "We are actually kind of sharing our farm crew and our packing crew so we can get our packing done this year."

Flannery added new varieties are being created by University of Maine agriculture experts, those can take up from 10 to 20 years to develop but are important as they are looking for specific varieties that can be more drought and pest resistant.

Green Thumb Farms has been testing its newest potato variety, "Fenway Reds" a round red-skinned potato great for frying or mashing, sold at Hannaford stores. Green Thumb Farms plans to harvest twice the acreage of it this year because of its popularity.

"We hope that our harvest is a little bit better because of the drought last year, it was difficult to get the tails out of the ground, so with the right moisture, I am very optimistic," said Hart. 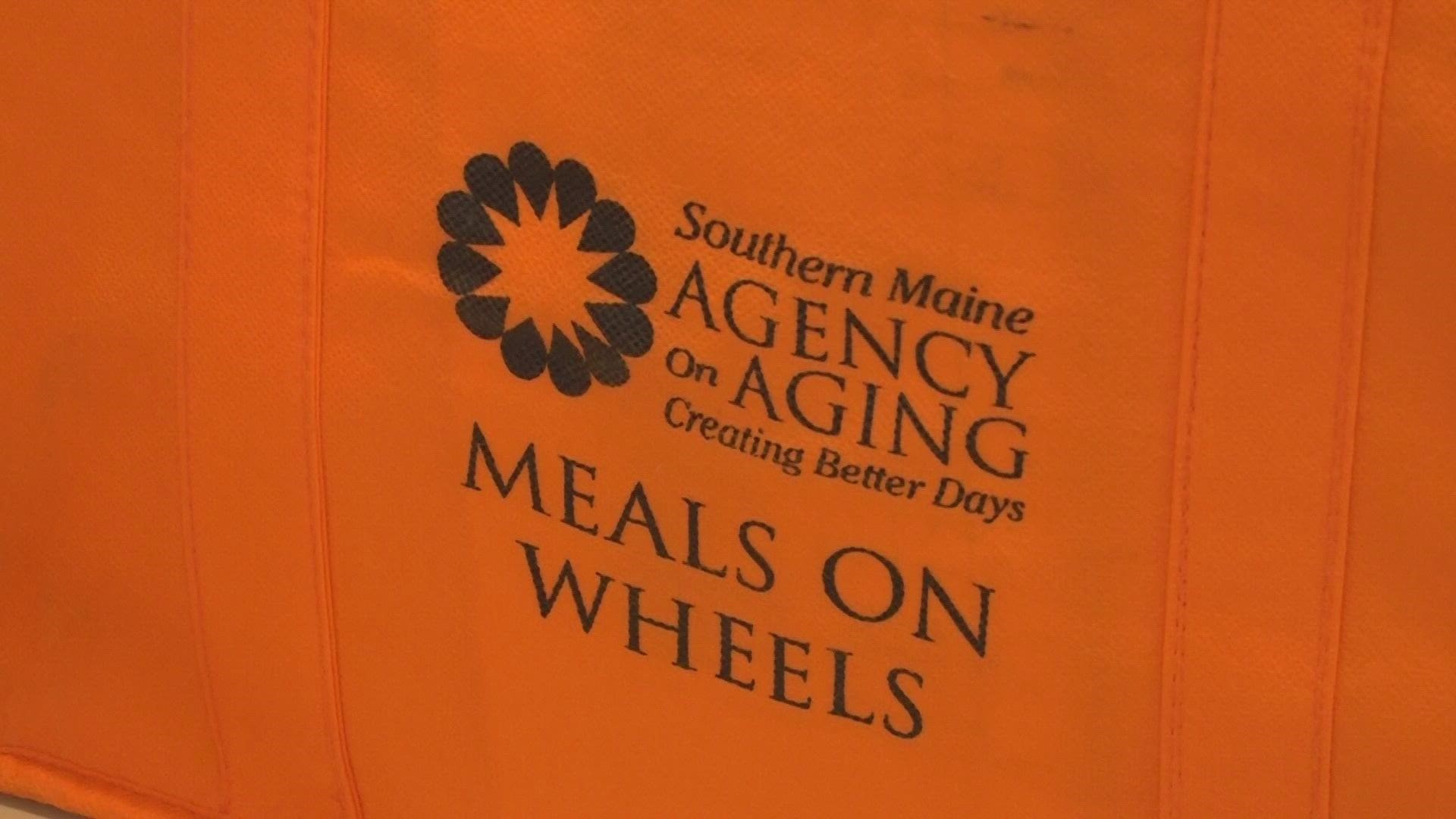