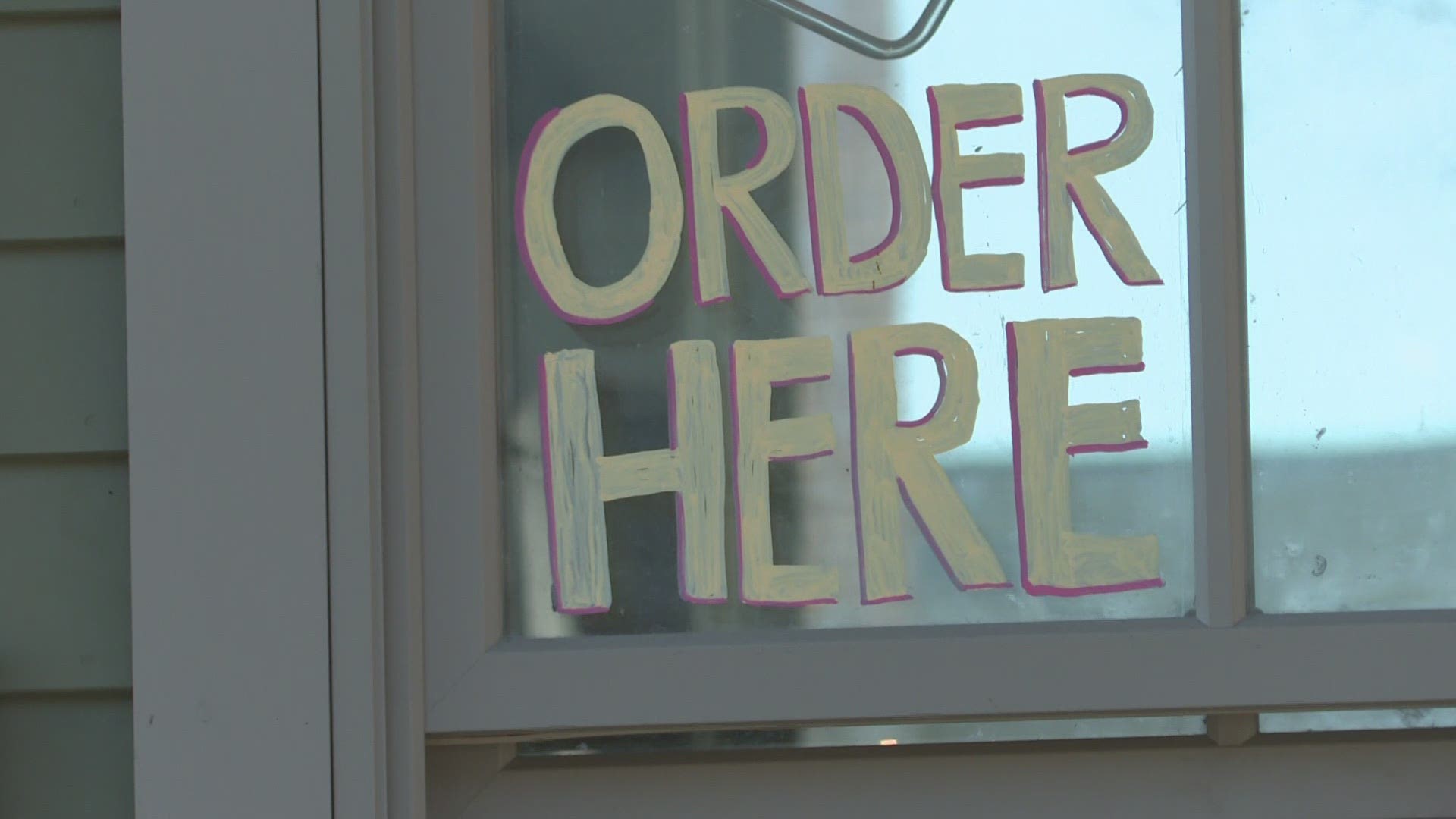 PORTLAND, Maine — After dozens of Portland-area businesses expressed frustration over being placed on third-party food delivery apps, Portland City Councilors are looking to create new regulations for the services.

"It prioritizes our local businesses and people want to see that right now," said Portland City Councilor Andrew Zarro. Zarro is working alongside Councilor Pious Ali to draft a proposed ordinance for the city which will look to regulate the apps.

"The menu they have to list on their website... is not relevant whatsoever to the menu I have right now," said the owner of Portland restaurant A&C Grocery Joe Fournier.

Fournier said his shop has been listed on Grubhub without consent multiple times, often with outdated menus. Fournier said he has no desire to partner with Grubhub, and it has been a struggle to remove them from the app.

"Because I sell a premium product, it's like handing the keys over of my Lamborghini to a teenage kid," Fournier said.

Some rules that *may* be included in the ordinance are...

It's an issue that Councilor Zarro has faced himself at his own coffee shop, Little Woodfords in Portland. After hearing from dozens of more businesses about similar issues, he began working with Councilor Ali to draft an ordinance.

"For shops to have either old outdated menus, incorrect hours of operations, or changing the price of those men's without knowing any of this, you can only imagine the type of headaches that you're going to get and the phone calls from people," said Zarro.

Zarro said dozens of other municipalities across the country have already begun regulating food delivery services. He believes the issue in Portland became heightened amid the pandemic as more people looked to stay in, and have their favorite eats delivered.

"I think that's where we saw tech really had a growth spurt, and public policy didn't have time to catch up right away," said Zarro.

Zarro said the ordinance is still being drafted, however, some of the potential regulations include a consent agreement between restaurants and delivery services. Also requiring greater transparency for delivery companies charging fees, and a potential cap on fees that a service could charge.

Zarro said he is also looking for ways to enforce the potential regulations.

Portland is home to two local third-party delivery services, 2DineIn and CarHop Maine. Both of these services are working with Councilors Zarro and Ali as they draft the proposed ordinance.

"I actually just talked today with a restaurant that said they got an order from one of the other national players, and the menu was two years old," said owner of 2DineIn, Mike Bolduc.

Bolduc is optimistic an ordinance can help control the industry, and give a more level playing field to local restaurants and delivery services.

"We have agreements and contracts, with every single one of them for the last 13 years that we've been in businesses," said Bolduc.

CarHop Maine owner Thomas Brems tells NEWS CENTER Maine that they also have agreements with all restaurants prior to being listed on the service. Brems adds that CarHop Maine does not charge restaurant fees either, and works to be as transparent as possible in its pricing. Brems is hopeful these ordinances go into effect and help support local businesses.

Grubhub, which dozens of Portland businesses say placed their restaurants on its platform without consent, wrote to NEWS CENTER Maine in a statement,