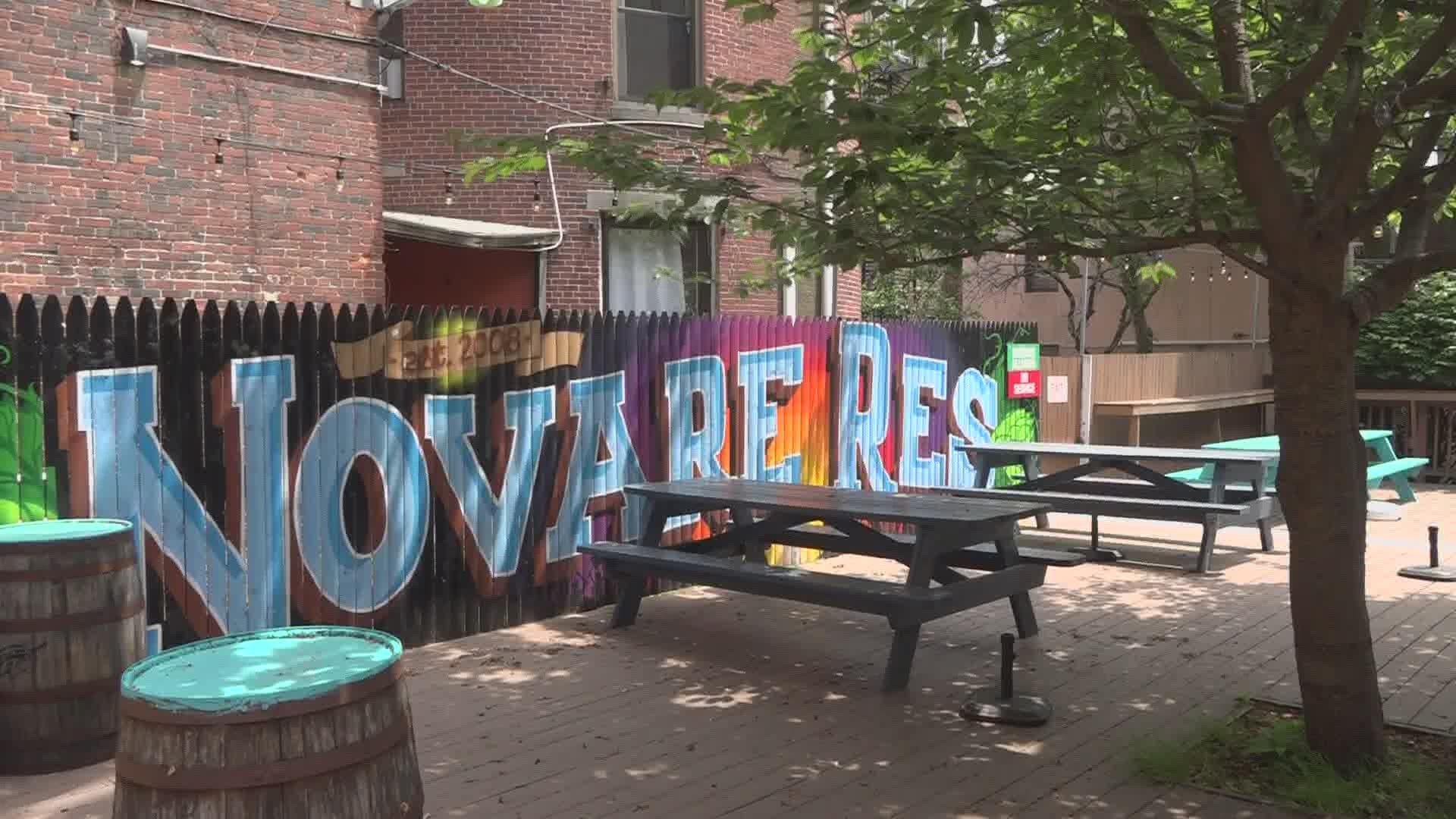 PORTLAND, Maine — Under the governor's slow reopening guidelines, bars and brewery tasting rooms are not yet allowed to reopen in Cumberland, York, and Androscoggin counties.

However, four businesses in Portland have found a way to start serving drinks again.

All, with the exception of Novare Res (waiting until July 1), now have their doors open to the public.

City of Portland Manager of Licensing and Housing Safety Jessica Hanscombe says in order to switch from a 'Class A Lounge' to a restaurant license, the businesses had to prove they were serving real "meal" food.

"They have to have the ability to serve full-course meals," says Hanscombe. "They have to have a full kitchen with a full menu. So one of the things they had to do to qualify was to send was what their menu would look like."

In the case of Novare Res, Sagamore Hill Lounge, and Tomaso’s Canteen, the owners tell NEWS CENTER Maine they already had full kitchens and a food menu. It was simply a matter of adjusting paperwork.

Co-owner of Novare Res Shanin Khojastehzad says, "We've had a full menu right from the jump. We like to think of our food menu as what are your favorite things to eat while you're drinking around the world."

Rising Tide Brewing Company would not return our request for comment.

There are 115 'Class A Lounges' in Cumberland, York, and Androscoggin Counties. The majority of those licenses, 38, are in Portland.

Khojastehzad says changing the Novare Res license wasn't just a matter of reopening sooner, a restaurant license is cheaper and they already qualified.

"Our license renewal was coming up anyway and we submitted for our regular license, which is a bar lounge license, and realized we'd been overpaying for about 12 years."