Owner of Figgy's in Portland brings home the bacon, a $10,000 prize as winner of Chopped

On Tuesday night, Natalie DiBenedetto won "Chopped", a show on the Food Network. 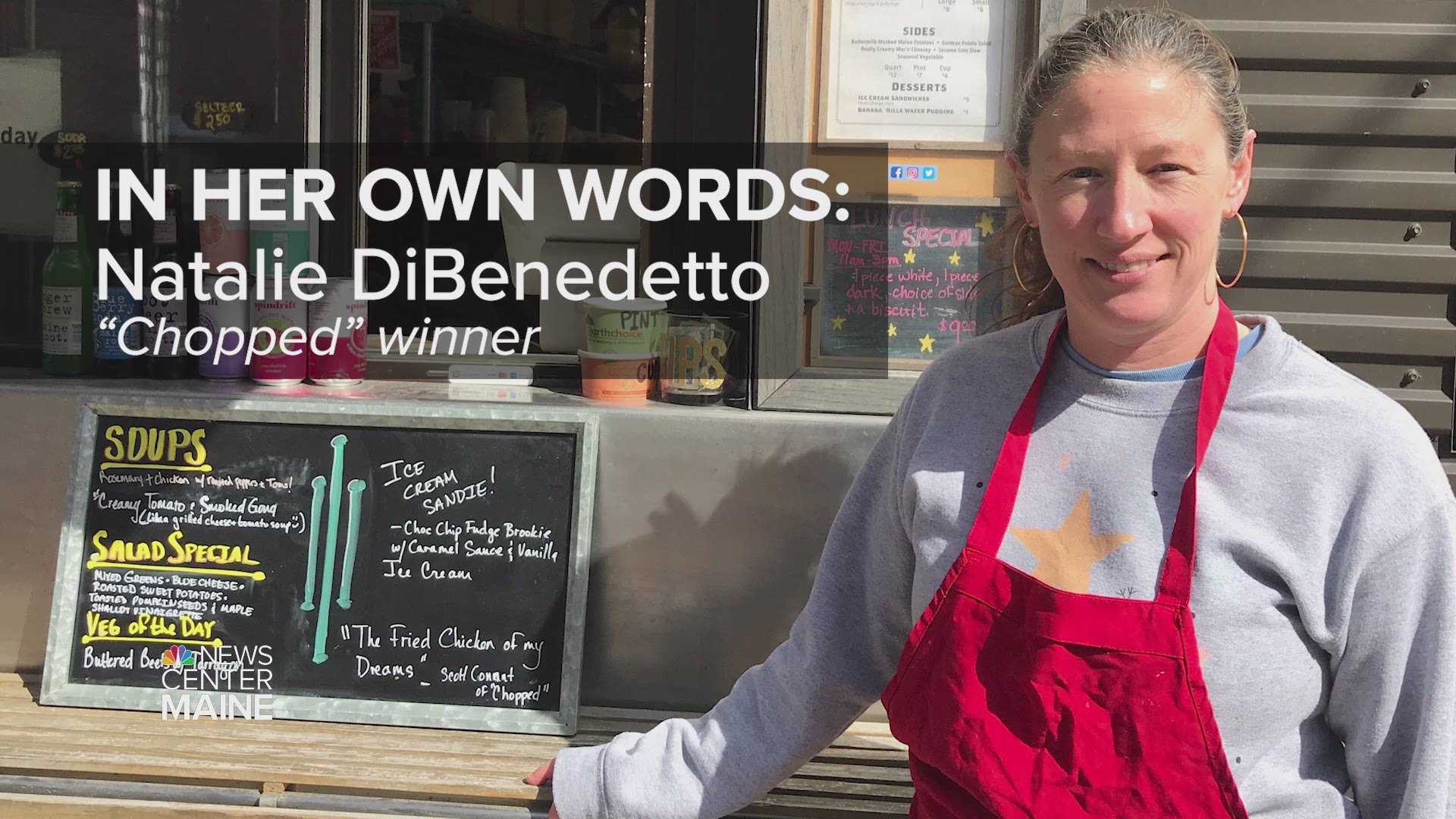 PORTLAND, Maine — Natalie DiBenedetto, the owner of a take-out cast-iron fried chicken restaurant in Portland, has had a secret she has been keeping for more than a year and it finally came out Tuesday night.

The owner of Figgy's Takeout and Catering won "Chopped" in a program that aired on Food Network on March 26 but was actually filmed over a year ago in New York.

Figgy's opened four years ago, after DiBenedetto decided to move to Maine with her son from New York for a fresh start.

Originally from Missouri, DiBenedetto found her love for making cast-iron fried chicken where she would make it at home with her mother.

DiBenedetto says keeping the secret was "almost as nerve-wracking as doing the show itself!" After the show aired the congratulations started pouring in. DiBenedetto said she looked at her phone and had 103 text messages and the emails haven't stopped coming.

Credit: NCM
Owner of Figgy's in Portland, Natalie DiBenedetto, brings home the bacon, a $10,000 prize as winner of Chopped

The dish that won her $10,000 with was right in her wheelhouse: Fried Chicken.

DiBenedetto said when she saw the chicken leg she had to make a dish out of, she thought, "Oh my god. I am going to have to cook chicken again. I can’t get away from chicken!"

The reason she went on the show: "I can't afford paid advertising. I'll gladly make a fool out myself on national tv to get some business,"  DiBenedetto says.

"Anything for free publicity. I want to give my employees a raise as soon as I can," says DiBenedetto who has four employees and says she needs more.

Figgy's is closed for two months in the winter.

Ho.Ly.Cow (or should I say chicken)! Big big thanks to @foodnetwork, my ridiculously awesome family, my friends & customers for making this such an amazing experience. It was so outside of my comfort zone but I’m so happy I did it. Challenge yourself! Embrace your weirdness! Use exclamation points! Be true & honest to everyone you meet but mostly to yourself and wonderful things will happen.
*
*
*
*
#choppedchampion #chopped #portlandmainechef #chefette#chefsinsweats #didntmakeittolawschool #40sarethenew30s#getrichordiefryin #fryfryandfryagain #missourigirl #livelaughlard#ridethetrain #goodenough #imgoodenough #Imsmartenough#doggonnitpeoplelikeme