The Biddeford Food Pantry says there has been a nearly 25% increase in the number of clients since this time last year. 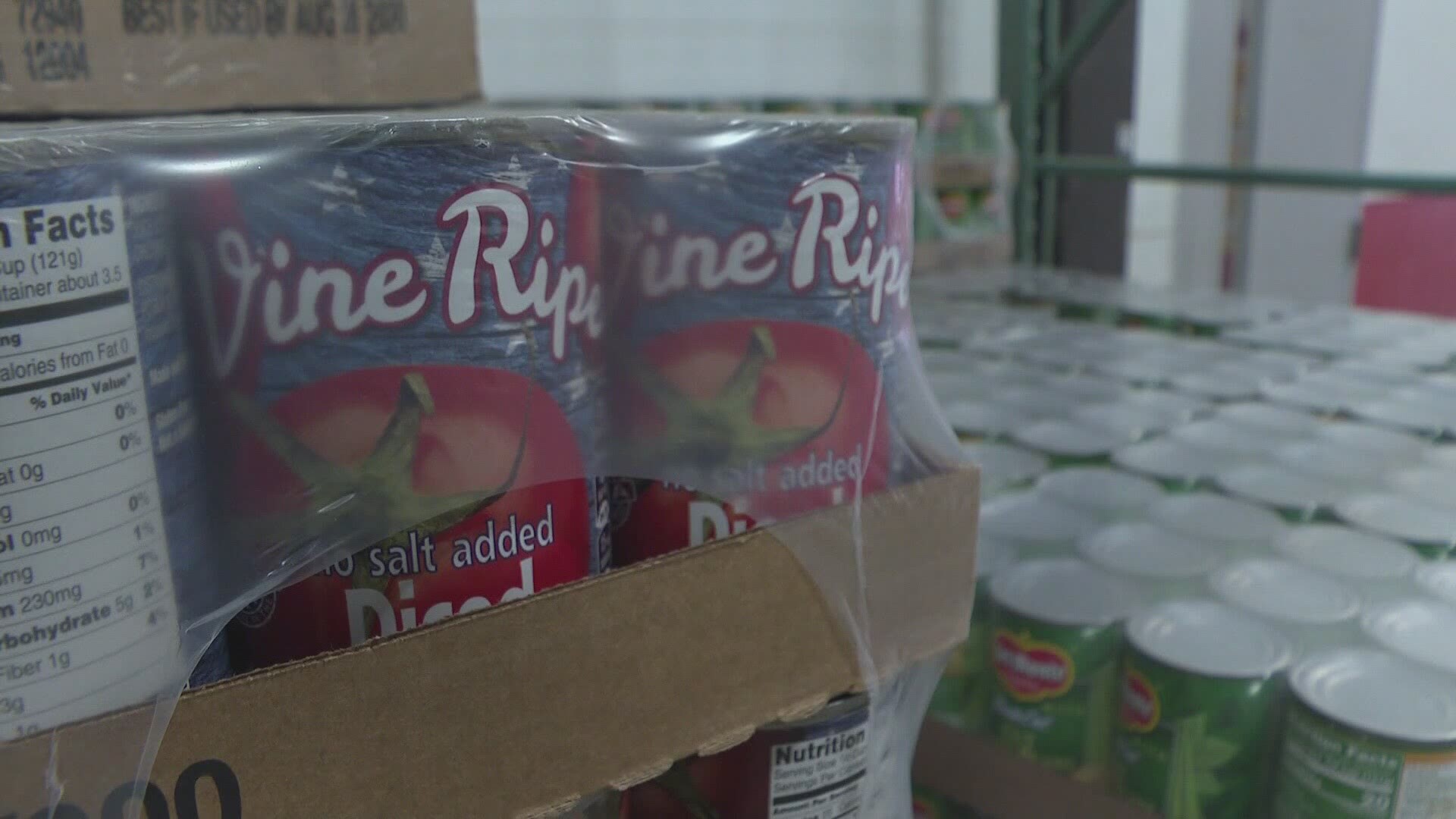 BIDDEFORD, Maine — The demand for food has skyrocketed since the coronavirus pandemic began.

"I spend about 13 to 14,000 dollars a week, just to supplement the food we would normally get," said the President of the Biddeford Food Pantry, Don Bisson.

The Biddeford Food Pantry said there has been a nearly 25 percent increase in the number of clients since this time last year.

"We've had a lot of people out of work who have lost their jobs," Bisson said.

Pre-pandemic, Maine had the highest rate of hunger in New England. That rate grew.

"Before the pandemic, it was about 175,000 Mainers who were experiencing hunger, and that number could grow as high as 215,000," Good Shepherd Food Bank's Erin Fogg said.

The Good Shepherd Food Bank said while the need has gone up, so has the giving.

The giving is trickling down to the Biddeford Food Pantry. Bisson said before the pandemic, people were only allowed to come once a month. He said people can now come whenever they are open.

"We don't judge them," Bisson said.

The Biddeford Food Pantry also said it has struggled to find volunteers. Bisson said if anyone is interested, you can contact the pantry directly.

“It’s been a lot more work a lot more money.” The Biddeford Food Pantry says there has been a nearly 25% increase in the number of clients since this time last year. It’s not the only food pantry experiencing this. More at 11. @newscentermaine pic.twitter.com/TyW1a9kFpp