After a test at some stores last year, the restaurant announced Thursday it is time to expand. 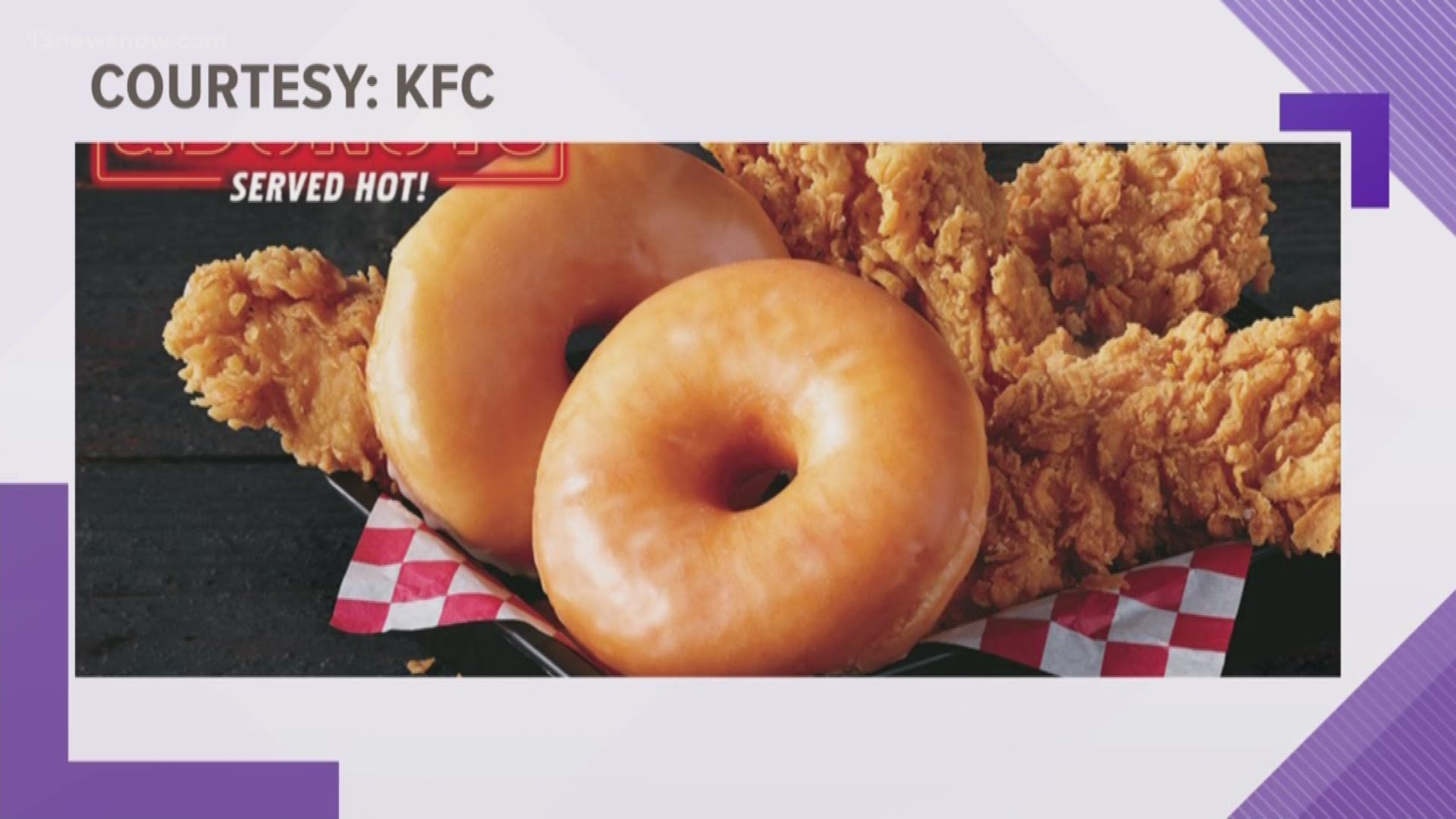 Doughnuts will soon be served up at KFC locations across the nation — and not just as part of a test phase.

KFC first introduced the menu item in September 2019 but only at a few select stores as part of a pilot.

(Editor's note: The video on this page is from 2019 when the test phase of the doughnuts were first introduced.)

The sweet and savory sandwich has fried chicken between two glazed donuts. Or you can order a basket of chicken with a side of one or two doughnuts. Or you can go crazy and order both.

Business Insider and USA TODAY report that KFC is ready to offer the menu item at all participating stores in the United States.

RELATED: Crocs and KFC are selling clogs that look and smell like fried chicken

USA TODAY reported the sandwiches and chicken baskets will be sold Feb. 24 through March 16 (or while supplies last). Prices range from $5.49 to $7.99.

Of course, doughnuts also can be added to any meal.

When KFC first announced the idea last year, the company said the test would determine whether or not customers were craving chicken and doughnuts nationwide. It turns out they liked them — and not just on Twitter.

RELATED: A moldy Whopper is the focus of Burger King's newest ad campaign