'Gratitude' for customers after a tough season at Maine's Red's Eats

Many Maine businesses struggled through the COVID-19 coronavirus economy, butr Red's Eats in Wiscasset is thankful for everyone 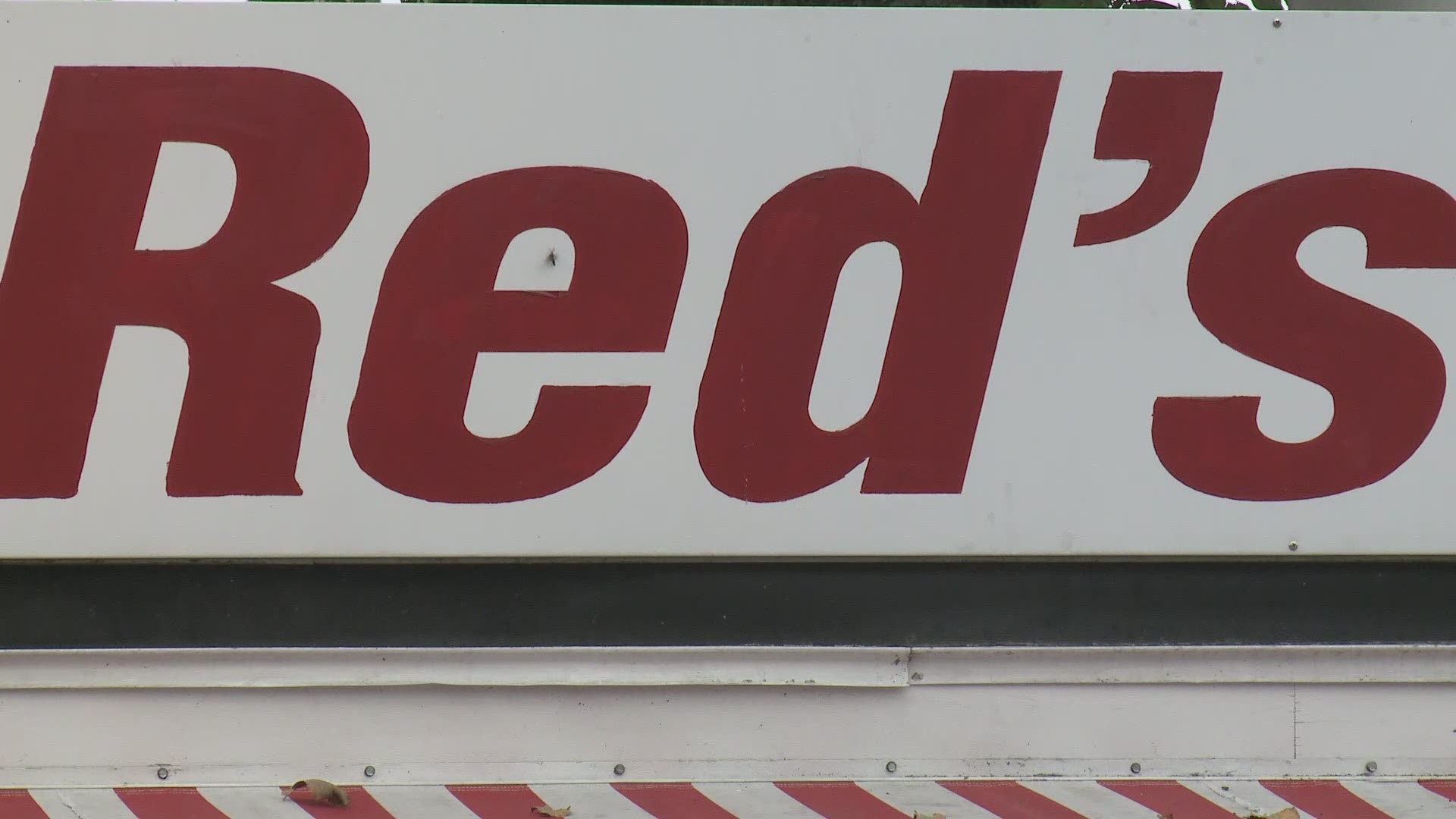 WISCASSET, Maine — Even on a late October day, the line at Red's Eats began forming an hour before opening. At the front, stood Rich and Kat Boscarino from Connecticut. They made the drive to Maine for their fourth trip to Red's his year.

"Yes, we love it here," said Kat, from behind a black mask with a cat face.

Her husband explained that they love Red's lobster rolls.

"Because we have them on Facebook, and saw they are closing tomorrow and wanted to be sure we got up here in time to have a last shot for the year."

Red's Eats has been inspiring that kind of loyalty for decades, gaining national publicity in the process. But, as with so many other businesses, this year of COVID has put all that to the test.

The restaurant wasn't able to open until May 30, a month and a half later than usual, and a slow tourist season reduced traffic, despite the frequent lines of customers.

RED'S OPENED LATE BECAUSE OF COVID-19

"It's been a year I want to wake up from," said Deb Gagnon, who owns Red's along with her sister and two brothers. The business was owned and run by their father for many years. She said it had been a challenging year for all of them. An expensive one as well because of all the measures they had to take to deal with COVID-19.

In addition to quantities of masks and gloves, Red's had to adopt a more strenuous cleaning process. They wipe down the new outside counter where customers order after every other customer, then hand-deliver every order to people waiting on the sidewalk.

The staff does temperature and health checks at the start of every day, keeping close records of that data. And they have to enforce masking and social distancing for the often long lines of customers waiting to order — a process Gagnon says has made some customers angry.

"For the most part, everyone is grateful we're open and are wonderful. But there are some really, really angry about it. Its like they blame the public servant for what's going on."

However, it has also been a bright side. The pandemic has prompted many people to shop for take-out food, which is Red's business, and lines have often been long.

Meg and her friends Heather and Carolyn stood in that line Friday, waiting for lobster and shrimp. They made the trip all the way from Virginia, part of a "girls' trip," as Meg called it, to spend a few days on the Maine coast.

"I was stationed in the Navy up this way," said Meg, "so I've been here a couple of times."

A couple from Windham, Maine said they hadn't been able to make the trip earlier in the year, so they did it Friday to make sure they got a taste of the "best lobster roll anywhere."

But despite the lines and happy customers, 2020 has not been a money-making year overall for Red's or many other tourist businesses.

Any business you ask will say we're all playing catch up," Gagnon said, "But that will never happen. We won't recoup that (lost income). It's just been so tough. But I'm so grateful as well. We gotta do what we gotta do, and we will get through this."

She said Red's will be back, as always, for the 2021 season and hopes they will be able to celebrate a normal, mid-April opening.

Her final thought, as a difficult season winds up?

"You've got to thank people, you really do. And be kind, please be kind to everybody. Be kind to each other; we're all going through it."