Miale said, "The pandemic will someday fade away, but its impacts on hunger won’t unless we take action now.” 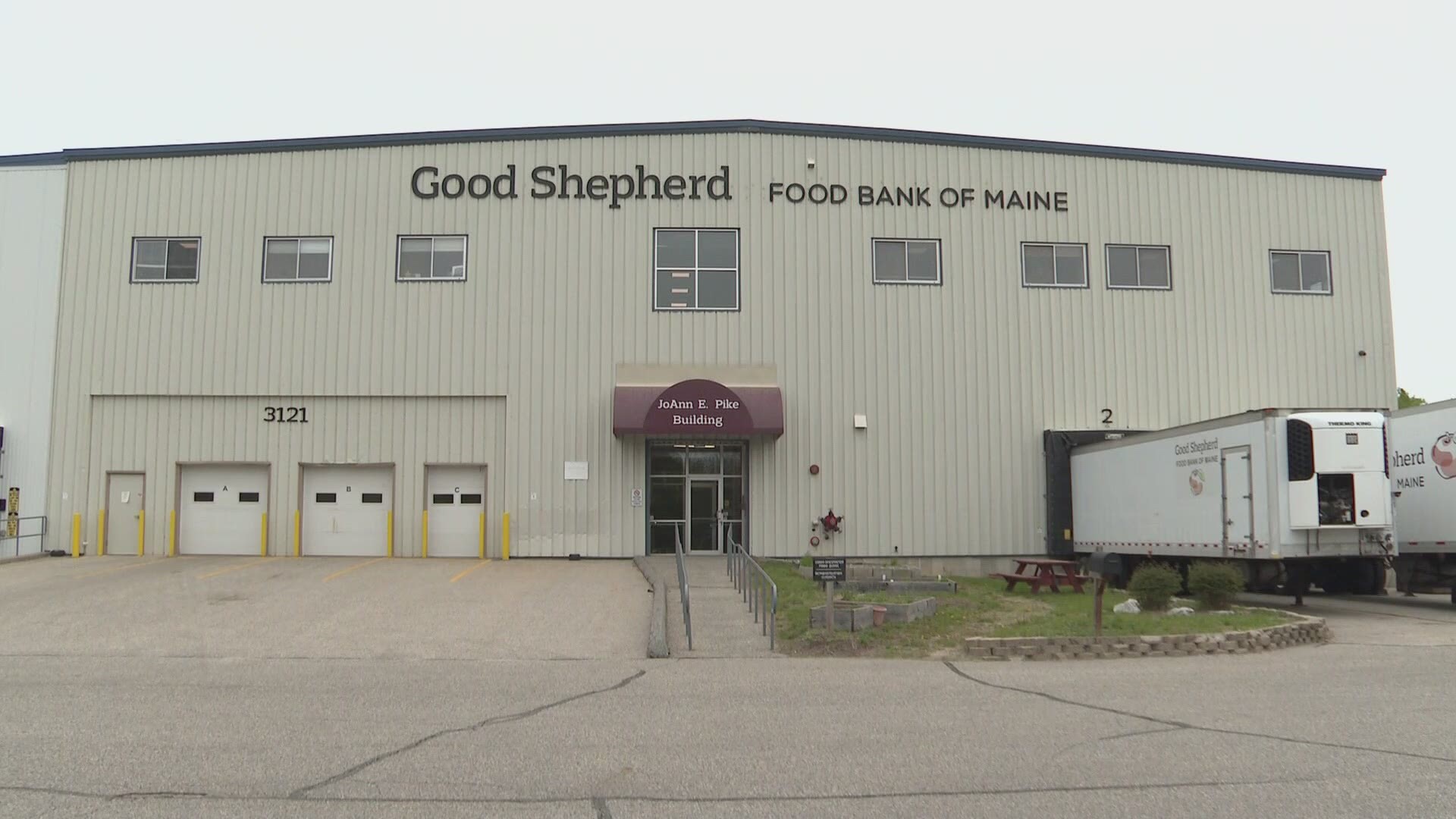 The organization’s leaders said they know the campaign goal is as extraordinary as the problem itself.

Kristen Miale, President of Good Shepherd Food Bank said before the pandemic, the food bank estimated that 175,000 Mainers were at risk for hunger, and now that number could climb upwards of 215,000 or 16 percent of the population which includes 60,000 children.

"Through intrepid work with our statewide partners, we are on track to distribute 32 and a half million meals this physical year. Yet this appears to be only 75 percent of 40 million meals we project are needed," Miale said. "The pandemic will someday fade away, but its impacts on hunger won’t unless we take action now.”

Miale said Hannaford Supermarkets is the lead donor for the campaign, projecting it will contribute $120 million in donated food and financial donations through 2025.

“In the 40 years since Hannaford Supermarkets helped found the Food Bank, we’ve never seen a need like there is today,” said Mike Vail, president of Hannaford Supermarkets. “As an employer with stores throughout Maine, we have seen firsthand the negative impact hunger has on individuals and our state. From education and workforce development to health care and families’ ability to make ends meet, hunger affects every major challenge Maine faces. Let’s not let another generation pass us by. Let’s end hunger now.”

Philanthropist MacKenzie Scott has also offered a national endorsement of the Food Bank’s work with a gift of $25 million. In addition, more than 43,000 donors have made gifts of all sizes since the Food Bank began the advance and quiet phase of the campaign.

Miale said they are confident that when every neighbor has access to the nutritious and culturally relevant food they need, we will stabilize the lives of Mainers facing hunger, reduce the costly impacts of hunger in our state, and make Maine a stronger, more resilient place to work and live.”

For more information about the Campaign to End Hunger in Maine, visit feedingmaine.com/campaign.