First pot licenses could be awarded this month 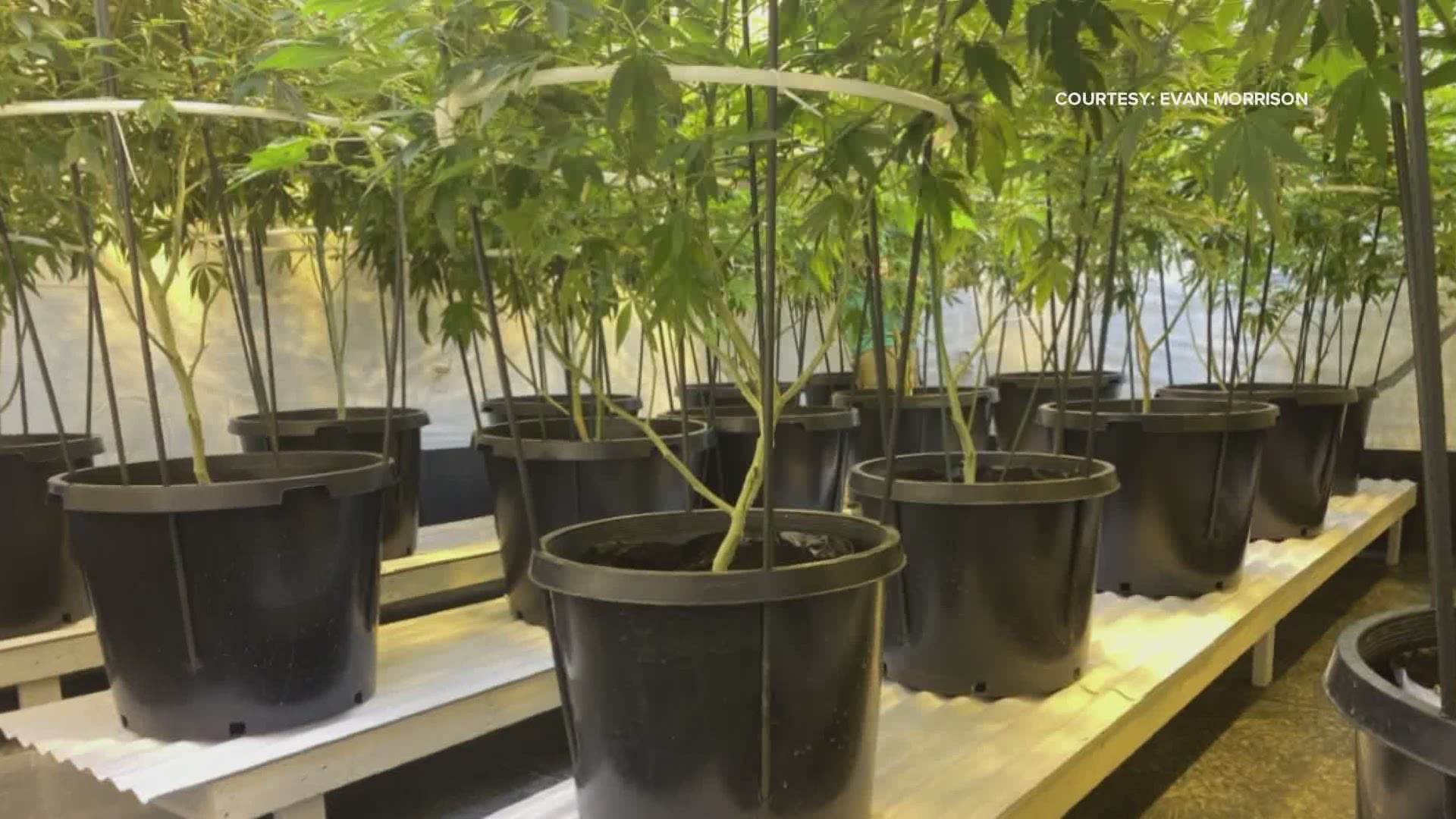 AUGUSTA, Maine — The small retail space, just off Damariscotta’s main business street, has been home to everything from an office supply business to a kitchen design showroom. It has been transformed again, and will soon be one of Maine’s first retail marijuana stores.

It’s a sign that for Mainers who want to buy marijuana and pot products in a store, the wait is almost over. Waiting nearly done for the building owner, and co-owner of Coastal Cannabis, Dace Page.

"We’re just waiting for our permanent license from the state of Maine,” Page said Thursday.

Maine residents voted four years ago to allow recreational or “adult use” marijuana sales. The head of the state agency that’s been creating the rules and the systems to run the program says they are just about ready.

“We will make a formal announcement hopefully this month later this month.” Said Erik Gundersen, executive di9rector of the state’s Office of Marijuana Policy.

“We will issue the first batch of active license of all types -- cultivation, manufacture, testing, and retail sales."

For business owners like Page and huis partner Evan Morrison, it's been a long process. They had to go through the state application to get a conditional license, then wait for the town to adopt a local marijuana ordinance, then get several local approvals before going back to the OMP for a final active license. That’s the process that Gundersen expects will be completed by the end of this month. He said there are 28 businesses in that first group.

All of them, said Page and Morrison, have had to make significant investments, not just fr the actual storefront space, but also for computer systems and special programs to handle the “seed to sale” tracking system that will follow the individual batches of marijuana, so that all is accounted for. They’re also required to have an elaborate security system and the point of sale system to communicate who buys what. Page estimates all of those expenses have cost the two men tens of thousands of dollars each.

Both have been licensed marijuana caregivers, and Morrison still is. They say they know the business well, but the adult-use market brings many changes. Morrison will need a special cultivation license to convert from growing medical marijuana to also growing for adult use, so he can supply the store. The growing process is also carefully controlled and regulated by the state as part of the oversight process. He admits it's all something of a gamble;le, although he’s confident there will be a significant demand for the product.

"There’s always risk, it feels scary for me. I’ve lost a lot of sleep because it’s the big investment and a lot of pieces and there’s a big investment with seed to sale and the testing,” Morrison said.

But sales, he said, should not be a problem.

“I think there’s going to be such demand we will have a hard time getting stuff on the shelves.”

Page agrees. He has considerable retail experience, as well as the marijuana background, and says the growth in caregiver business bodes well for the new licensees, like Coastal Cannabis.

“Demand is very strong (for caregivers) and I interpret that to mean when these stores start to open it's probably going to be even stronger.”

Would-be buyers won’t be able to shop immediately, however. Gunderson of the OMP says giving active licenses will let the retailer finally arrange for or prepare a product to sell, something they cannot do until they have the license.

“That will allow them to move product into the system, get it tested and manufactured, move a wide variety of product onto store shelves, which consumers are looking for. And once we have enough of that moving through the system, we will set a date when consumers can actually go into the stores and buy it.”

That, he predicted, will be in the second quarter of the current state fiscal year—most likely meaning October.