Did you see the fireball Sunday night? 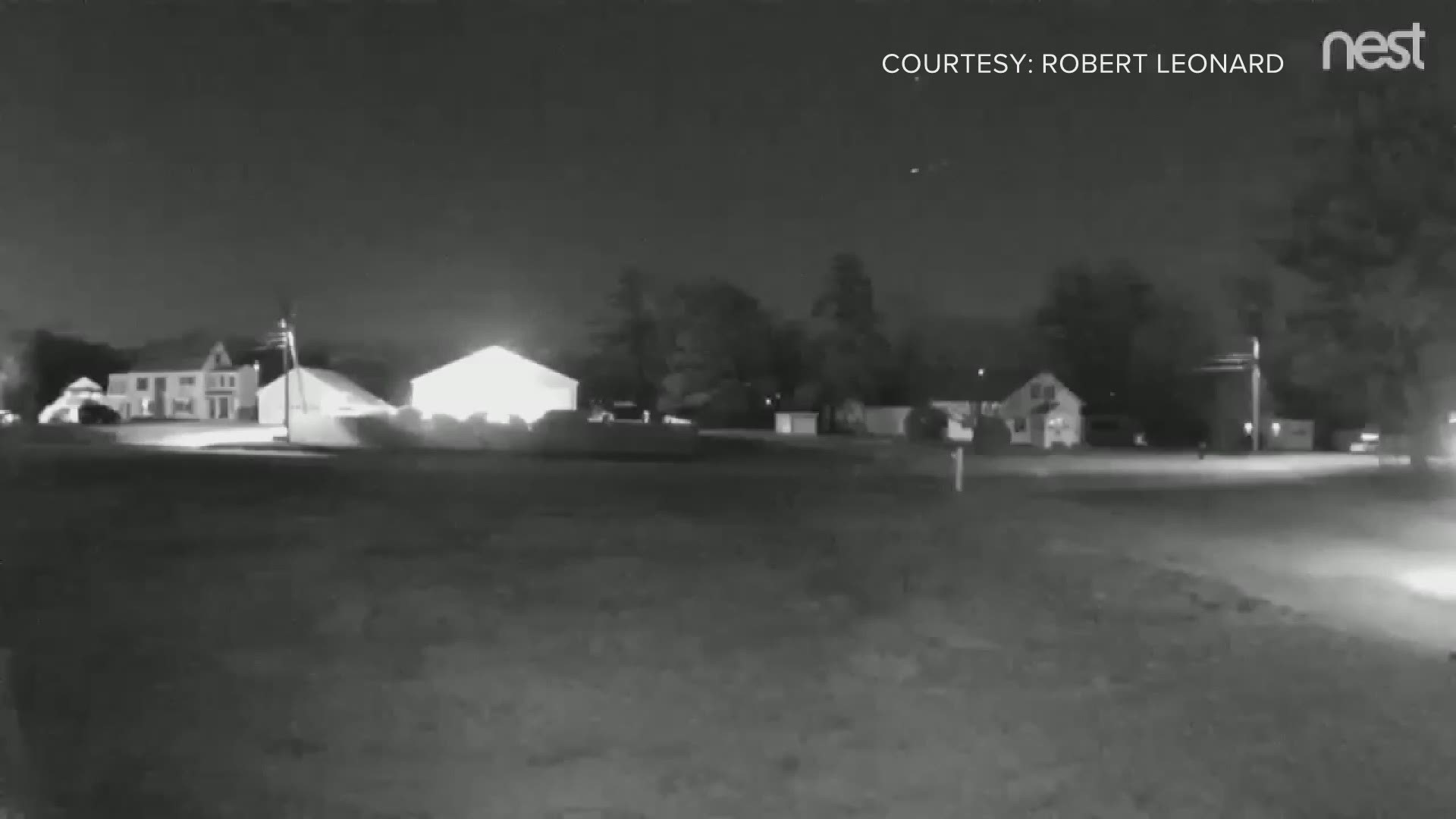 The sweet ball of fire was captured on a home security camera in Rochester, New Hampshire. People across Maine and New England reported seeing it.

60 people logged their sighting on the American Meteor Society (AMS) site. Some described hearing a loud boom, while others described it to be green and white with a flame on the end.

CHECK THIS OUT: Dozens reported seeing a fireball streak across the night sky over the weekend. This shot here from Rochester, NH. The meteor likely entered the atmosphere off the coast of Maine. Pretty cool. @NEWSCENTERmaine pic.twitter.com/A0YMKos6ZQ

AMS said the meteor likely entered the atmosphere off the Maine coast and streaked just north of Casco Bay.

"As a sailor, I spend a lot of time observing the night sky. This was the biggest fireball I’ve seen. I saw a green one drop straight down about 10 years ago at dusk,” observer Jim K. wrote.

"There appeared to have an additional green light to it. I regularly see aircraft in this area but its speed and angle were far too great,” Timothy W. wrote.