He returned home on Friday with a hero’s tribute, honored with a police escort from Boston along the Maine Turnpike, through Farmington and home to Jay 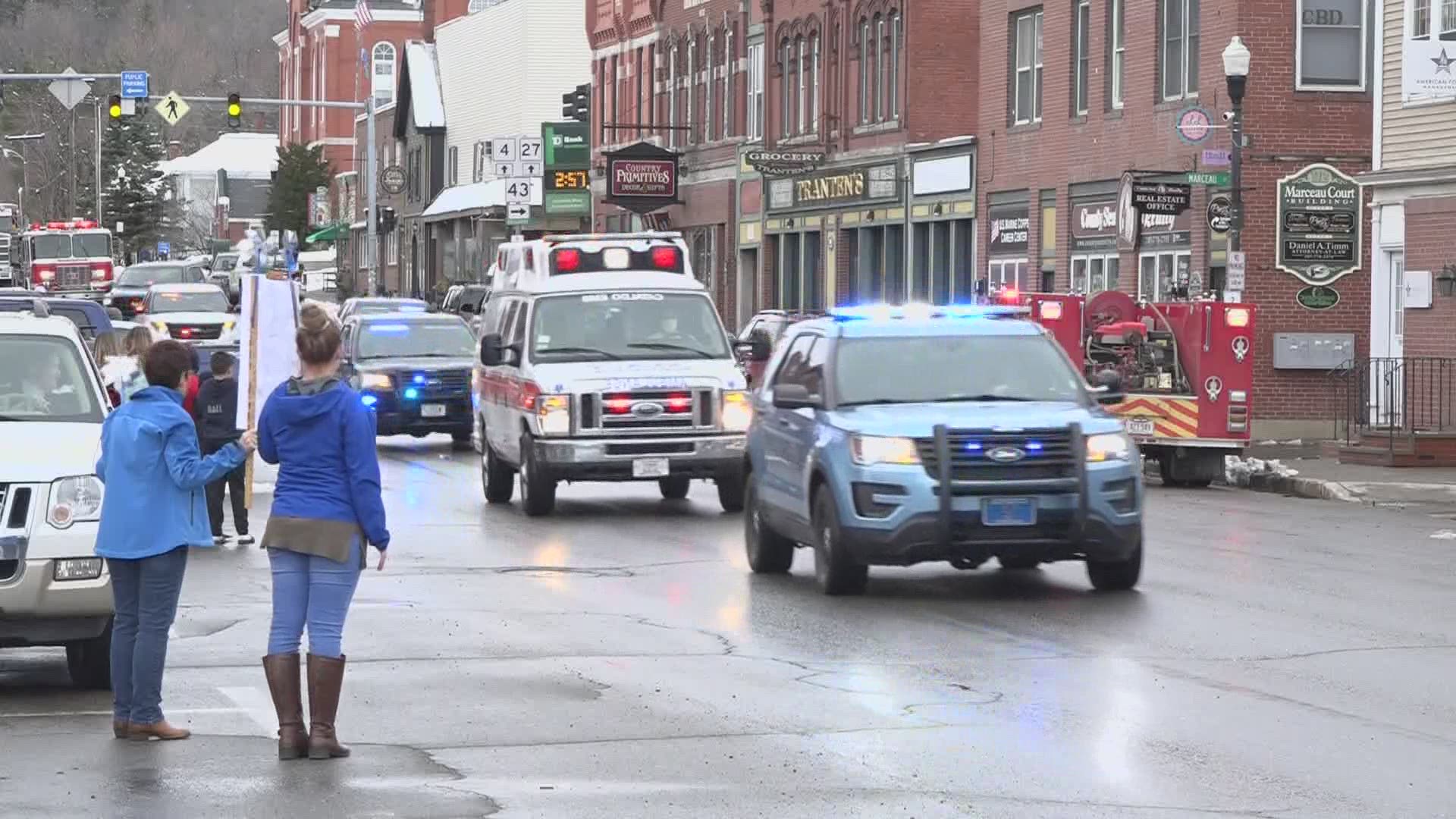 LEWISTON, Maine — After seven months of recovery from the Farmington explosion, Larry Lord was discharged from Spaulding Rehabilitation Hospital in Boston Friday morning.

Larry saved many lives by evacuating the offices of his Farmington workplace, the nonprofit LEAP, immediately prior to a deadly propane gas explosion that took place there on September 16, 2019.

Because of his actions, he returned home on Friday with a hero’s tribute, honored with a police escort from Boston along the Maine Turnpike, through Farmington and on to his home in Jay.

The procession proceeded along the following route:

The procession left the rehab facility in Boston around 11 a.m., and reached the final destination, Larry's home, in Jay at 3:30 p.m. Friday.

Any agencies who wished to participate in the procession were requested to meet and line up along Route 27 at the top of Mile Hill in New Sharon at 2 p.m. on Friday. Anyone wishing to watch the procession along the route was encouraged to remain in their vehicle and practice social distancing.

“In Larry’s mind, the real heroes are the entire Farmington community, especially the many firefighters who paid a heavy price and Captain Michael Bell who gave his life," Larry's wife Sandy Lord said.

While the Lord family is thankful for the outpouring of love and support they received for many months, they are asking for privacy once Larry is home.

The final Maine State Fire Marshal’s Office report on the cause was released in January.

Investigators concluded that one of the posts severed the line, causing the propane leak and the explosion that leveled the building.  The installation of the posts took place on Tuesday, September 10.