Green, blue, or yellow? A family in Bangor comes up with a creative way to get public input on which color to paint their home. 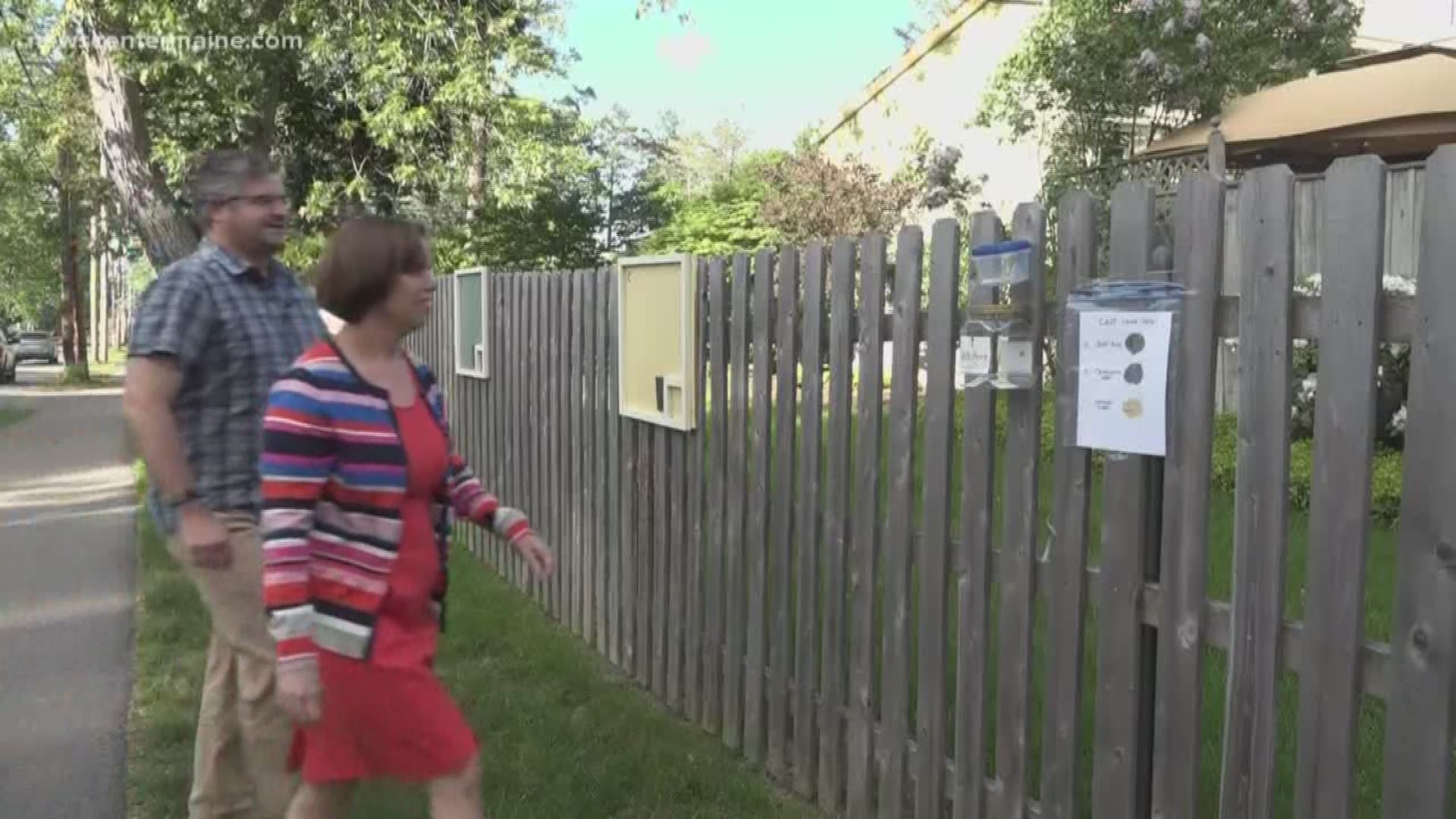 BANGOR, Maine — A family in Bangor has come up with a creative way to decide which color they will paint their home. They're letting the public vote.

They've displayed plaques with three different colors-- (A) Rose Pine, (B) Templeton Gray, and (C) Concord Ivory, and trim-- on the fence outside their home. They've also included paper, a pen, and a voting jar.

In just a little over two weeks, over 500 people have voted.

Homeowners Keith and Kristen Martin say their goal is to get a data-driven result.

"I'm an engineer," says Kieth. "It just seemed like a good way to get more data to me."

The couple says they had no idea their small project would gain so much attention.

One neighbor says, "We were at a soccer tournament this weekend with a bunch of us in the neighborhood, and we all talked about what color people were voting for."

So far, the Martins say there is one clear winner so far, but they wouldn't divulge which to NEWS CENTER Maine. "One has more than 50%. When we went into this there was one color I liked and one color he liked and one we both liked. Now, one of our opinions is getting swayed by the popular vote!"

It's unclear whether the Martins will actually pick the color that wins the popular vote.

"We like all three of the colors," says Kieth. "So let's not call it an official referendum. It's more of an informal survey."

Walking to the voting box has become an evening ritual for the Martins. They look forward to seeing the results each night.

"Some people are trying Ranked Choice Voting," says Kristen. "We've had some write-ins, one for salmon and one for 'pink please.' There are lots of smiley faces and nice messages too. It's been a lot of fun."