Dr. James Sulkowski says, “If a fisherman was sitting [on the shore] and using seal blood then I'd say, yeah that's a problem, but no one is using seal." 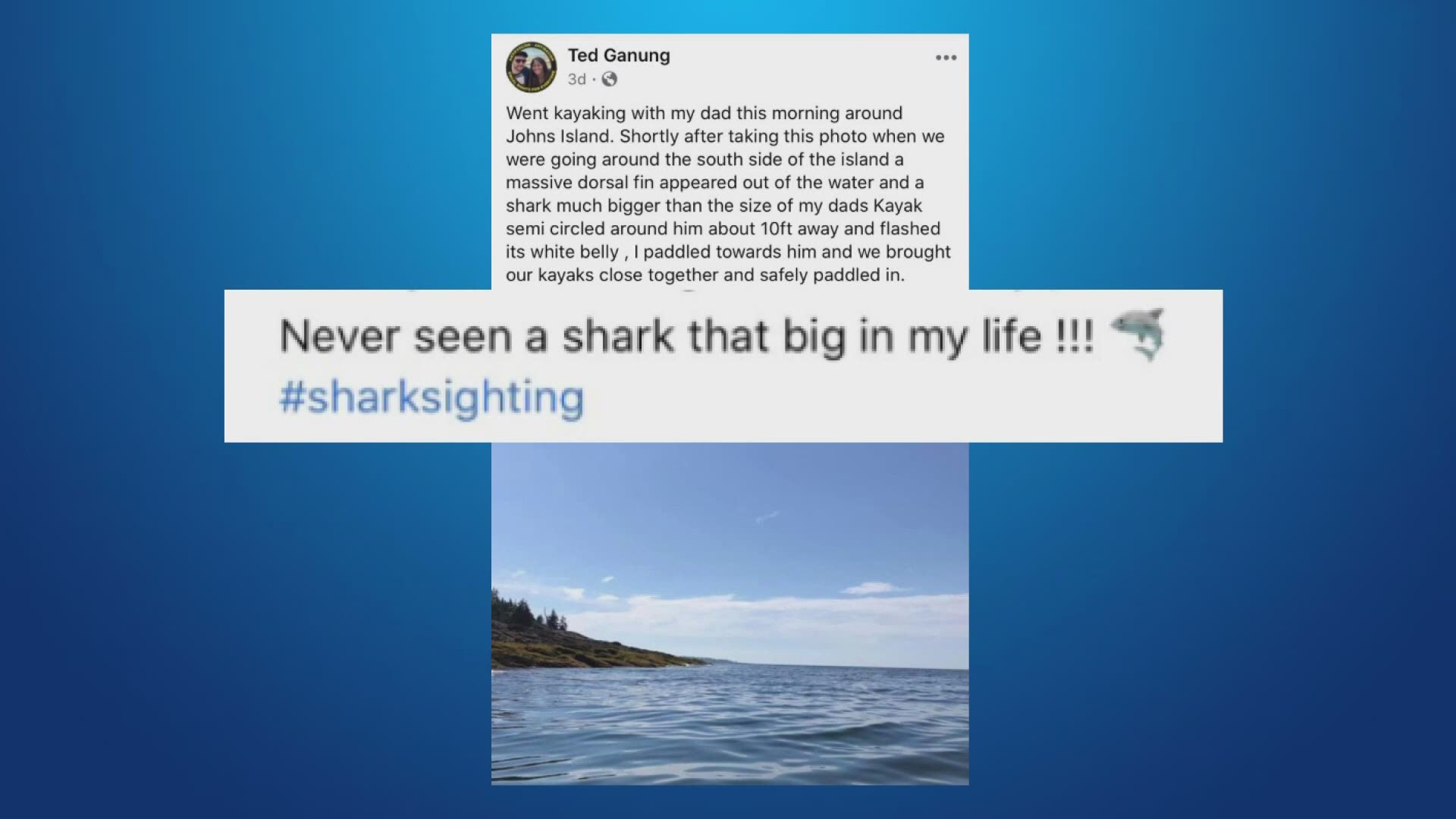 HARPSWELL, Maine — By sea and air, Maine's Department of Marine Resources is patrolling the waters of Casco Bay, looking for sharks.

It’s all part of the on-going investigation into Monday's deadly great white shark attack near Harpswell.

With many people still in disbelief that a shark has killed someone in Maine waters, some are wondering if what drew the shark so close to shore could have been man-made. NEWS CENTER Maine has received several concerned messages over companies "chumming" in the region.

Carrie Johnson's company 'Johnson's Sporting Goods' just recently began doing it so that its customers could swim with and feed big fish.

The business has temporarily suspended the practice out of respect to the Holowach family, but Johnson says what her business was doing was not unusual. “There are many people who are fishing with the same bait that we're using.”

“Do I think that we're chumming in the big predators? No, not at all.”

Johnson says her company chummed in a saltwater pond and says if there's a problem, it would be with the massive influx of fishermen to Maine this summer.

“There are thousands--literally--of people out in Casco Bay using mackerel, chumming them in,” says Johnson.

Johnson says her business has sold an unprecedented amount of bait and fishing gear this summer. She points to more people having time off during COVID-19.

All of this said, shark expert, Dr. James Sulkowski says chumming is unlikely the cause of sharks coming close to shore.

“Chum is only good for, at best a mile. It dissipates really quickly, that scent,” says Sulkowski. “So you'd really have to be real close to shore and constantly chumming.”

“It's all related to seals, is what it all breaks down to. I mean look, if a fisherman was sitting [on the shore] and using seal blood then I'd say, yeah that's a problem, but nobody is using seal.”

Sulkowski says the most likely cause is the shark mistook the victim for a seal. “Sometimes, unfortunately, human beings get caught in the middle of that predator-prey interaction.”

Marine Patrol continues to urge swimmers, surfer, and paddlers to use caution off beaches in the Southern Maine area.

Swimmers at state beaches are still prohibited from going beyond waist-deep water. The department is encouraging anyone who sees a shark to report it to a local marine patrol officer.