The old Wawenock Block building has stood solidly on Wiscasset's main street for more than 160 years. 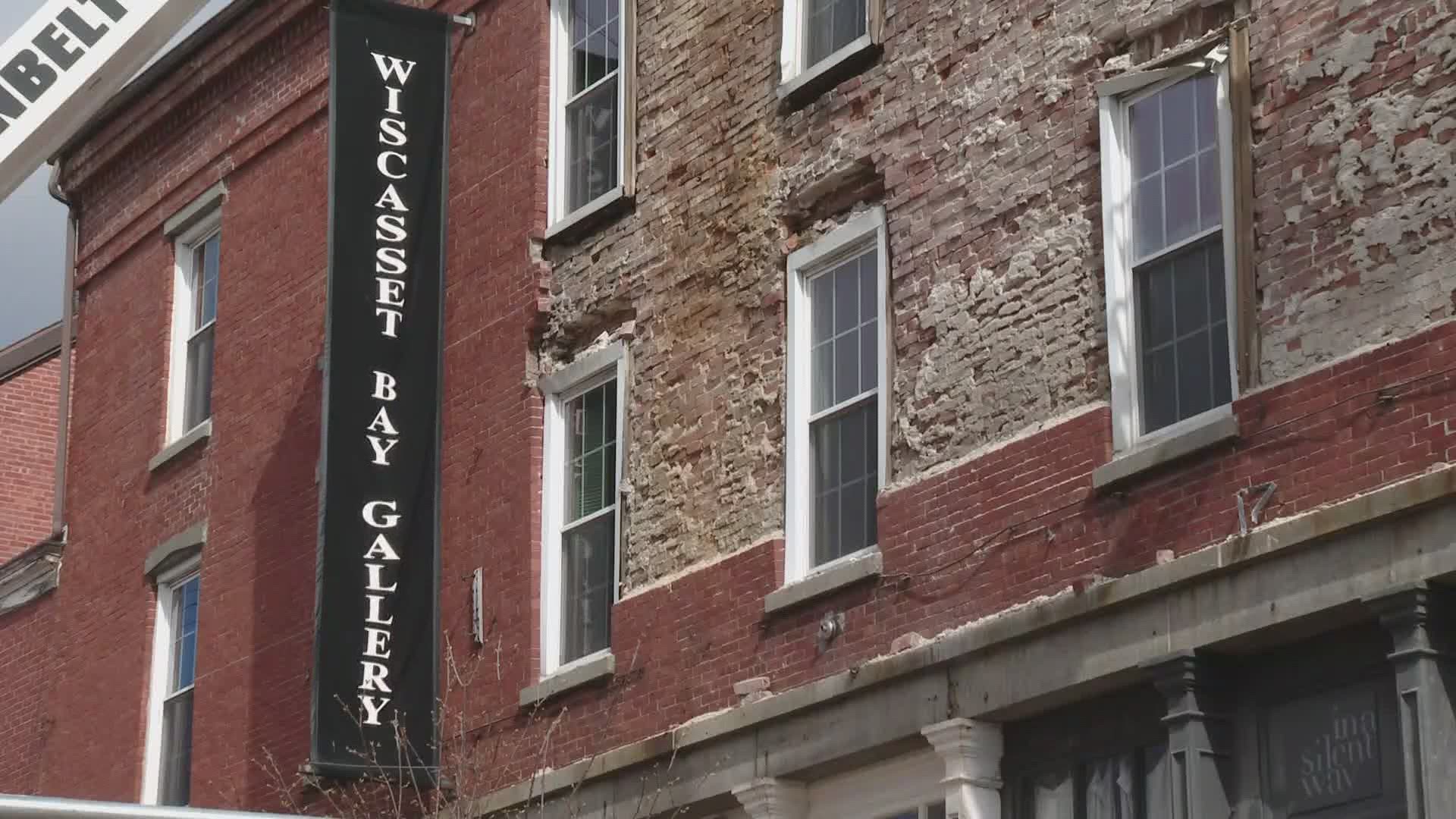 WISCASSET, Maine — It was Saturday afternoon, and inside the “In The Clover” women’s clothing store Kate Stanech and her coworkers saw a woman on the sidewalk, clearly agitated.

“She had been walking by and some bricks fell in front of her,” Stanech said.

She had pointed to the historic Wawenock Block building a short distance away. Stanech said she could see the front wall bowed outward, and knew it wasn’t good.

“And then about five minutes later it sounded like an explosion and the whole facade had broken away and was lying on the sidewalk.”

Hundreds of bricks had crashed to the sidewalk as part of the front of the building peeled off, exposing another bricklayer underneath, and creating a serious safety hazard for the town.

“We called in the public works crews to put up barricades, and said we’ve got to get people out of these buildings because we don’t know what’s going on here.”

Five days later, structure engineers were using a powered lift to get up high and examine the brick wall close up. Even then, said Simmons, they were confronted with more falling bricks and determined the immediate need was to make the building safe.

“Their main concern is stabilization. They haven’t been able to say this happened or that happened. They are just trying to stabilize it to keep it from collapsing any further,” Simmons said from the sidewalk.

The Wawaenock Block is one of the oldest buildings in the town’s historic main street. It was built in 1858 and shows in old photos of the village’s business district. The upper two floors have most recently been empty, but the ground floor is home to two businesses, an art gallery not yet open for the season, and a wine bar the owner said had been scheduled to open this week.

The Town Manager said the business can’t open until the building is safe from any more falling bricks.

At the end of the day Thursday, it still wasn’t clear how much more work will be needed to ensure safety, let alone identify the cause of the collapse.

The Block has been owned by the Ralph Deering family for nearly 40 years. Mark Robinson, a Maine spokesman for the family, said safety is the primary concern, but that, based on what they know now, the family intends to repair and reopen the building.

A construction company has already put up wire fencing around the hazard area to keep people away.

Fortunately, no one was hurt when the wall came down. Town Manager Simmons said it was lucky the collapse happened on a Saturday in early April, rather than in August when the sidewalk would be much more likely to have a number of strolling tourists.