After an incident involving chalk messages some took to be anti-LGBTQ+, the City of Bangor painted the Pride and Transgender flag on parking barriers 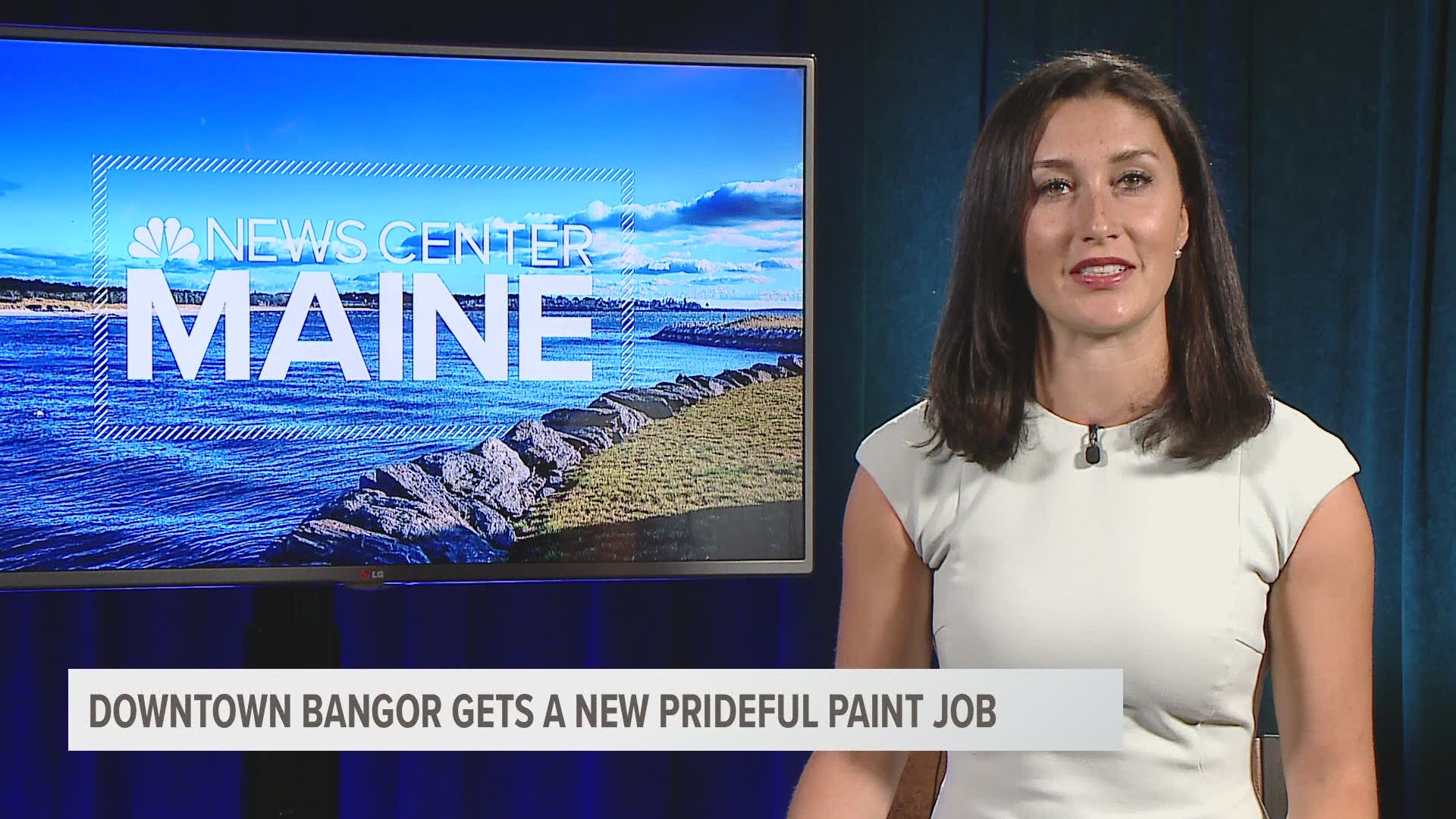 BANGOR, Maine — Residents of Bangor will see some more color as they drive through downtown this week.

Over the weekend, the Downtown Partnership's Beautification Committee painted parking barriers, around restaurants that expanded their outdoor seating, with the Pride and Transgender flag.

Most of the barriers were also painted with a black and brown line to symbolize inclusiveness for everyone regardless of race, sexuality, or gender.

This new project may look beautiful but the idea behind its creation was because of a less tasteful situation.

Two weeks ago, members of the Mansion Church in Bangor wrote Bible passages and other messages in chalk around downtown.

Some took those messages as hate speech targeted towards the LGBTQ+ community. The following Tuesday, the Downtown Partnership met to discuss the events when the idea of painting the parking barriers came up.

Greg Edwards is the Co-Chair of the Partnership's beautification committee. He said the idea behind the project was simple.

"The community really needs to realize how important it is that everyone feels welcome, no matter what their identity."

Edwards added he and a group of volunteers spent four days and more than 60 hours of work to paint the 20 barriers.

He added the City of Bangor approved of the project, and local hardware stores ave the crew discounts on the paint.

"Unfortunately, it's an ugly situation but we really tried to create something beautiful out of it and sometimes the best art comes out of adversity," Edwards added.

All restaurants gave the group permission to paint the barriers outside of their establishments.