Dogs and cats from hurricane-hit states land in Maine, looking for homes

The Executive Director of the Animal Refuge League of Greater Portland say nearly 200 dogs and cats have arrived in Maine from Florida and Louisiana. 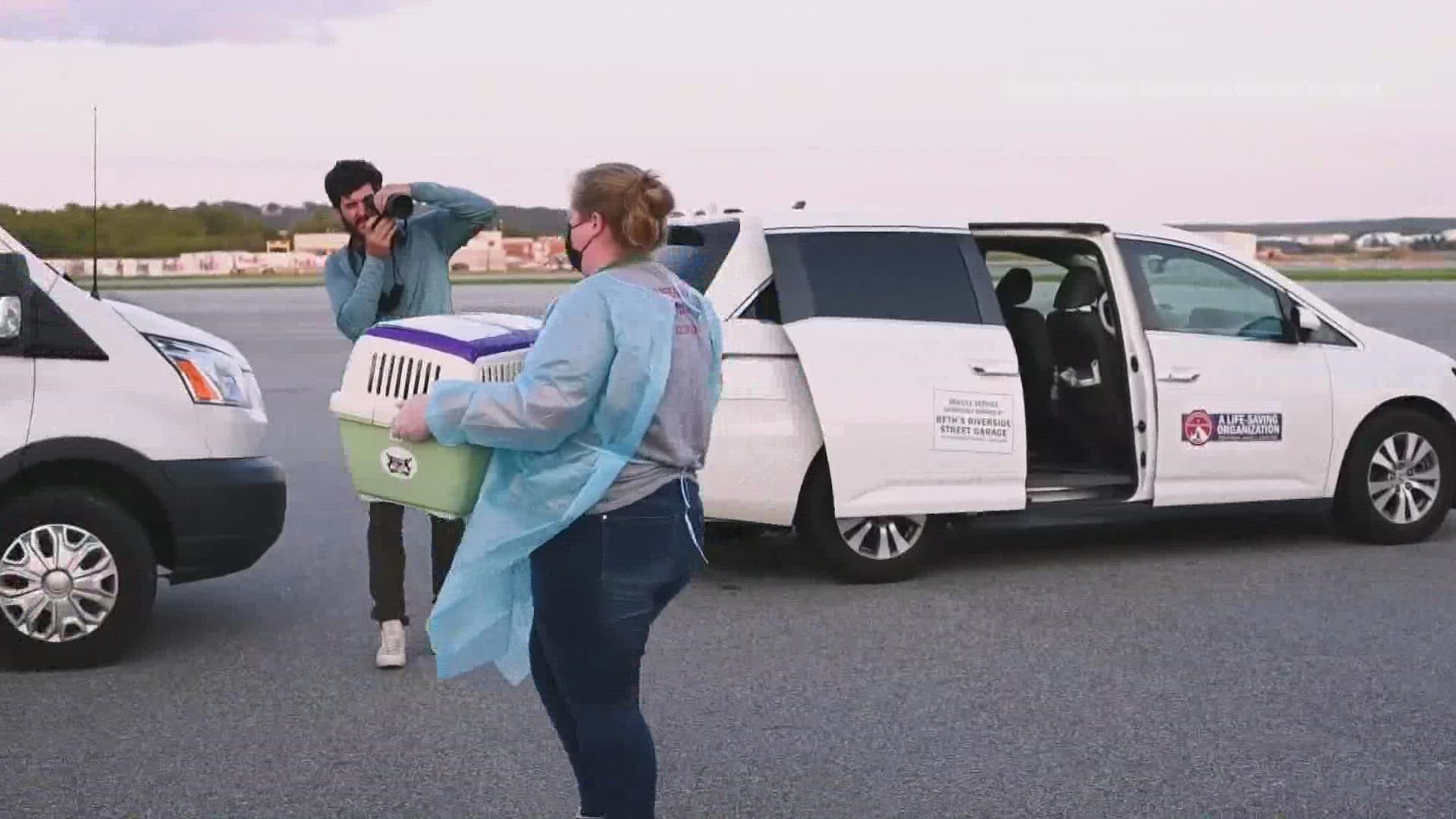 PORTLAND, Maine — Nearly 200 cats and dogs just arrived in Maine and they're looking for loving homes.

According to the Executive Director of the Animal Refuge League of Greater Portland, Patsy Murphy, these animals are coming from the hurricane-hit states of Florida and Louisiana.

Murphy says there are all displaced animals who were given over to shelters prior to the storms or given up by families who couldn't take care of the animal after the storms.

If you're interested in adopting, fostering, or learning what you can donate, contact the Animal Refuge League of Greater Portland.

RELATED: The longest wait: After years at the animal shelter, Brooke finally found her forever home

RELATED: Eviction crisis leaves thousands of pets without a home

Touchdown at the Portland Jetport today! The Executive Director of the Animal Refuge League of Greater Portland say nearly 200 dogs and cats have arrived from Florida and Louisiana over the past week. All will soon be up for adoption. @newscentermaine @ARLGPme pic.twitter.com/sW2unmfhmc