Dick and his son Rick completed 32 Boston Marathons until Dick retired due to health issues in 2014. 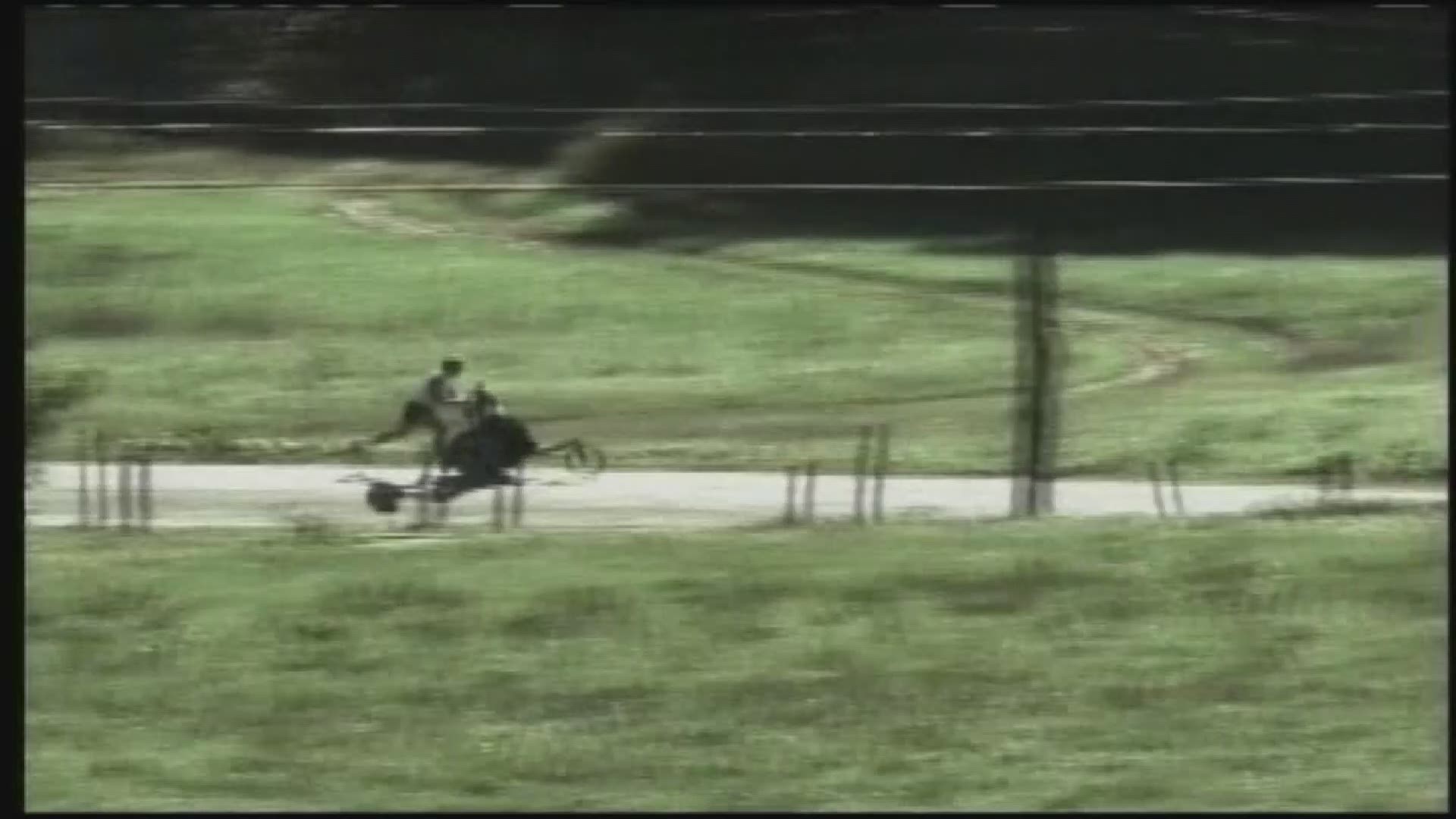 BOSTON — The above video aired on NEWS CENTER Maine in 2008.

Dick Hoyt, who inspired thousands by pushing his disabled son, Rick, in a wheelchair in dozens of Boston Marathons and hundreds of other races has died. He was 80.

The Boston Athletic Association (B.A.A.) in a statement Wednesday called Hoyt a legend who showed determination, passion and love for his son every marathon day.

Dick Hoyt first pushed his son, who is a quadriplegic and has cerebral palsy, in the Boston Marathon in 1980. Dick and Rick completed 32 Boston Marathons together, until Dick, citing health issues, retired in 2014. They participated in more than 1,000 races.

"Dick personified what it meant to a be a Boston Marathoner, showing determination, passion, and love every Patriots’ Day for more than three decades,” the B.A.A. said in a statement. "He was not only a fan-favorite who inspired thousands, but also a loyal friend and father who took pride in spending quality time with his son Rick while running from Hopkinton to Boston.”

We are tremendously saddened to learn of the passing of Boston Marathon icon Dick Hoyt. Dick personified what it means to be a Boston Marathoner, finishing 32 races with son Rick. We are keeping his many family & friends in our prayers. https://t.co/glau0ryh4R pic.twitter.com/SYmvZfezW7