Children’s Museum & Theatre of Maine says it has raised $12.5 million towards its $14 million goal to fund construction of the museum 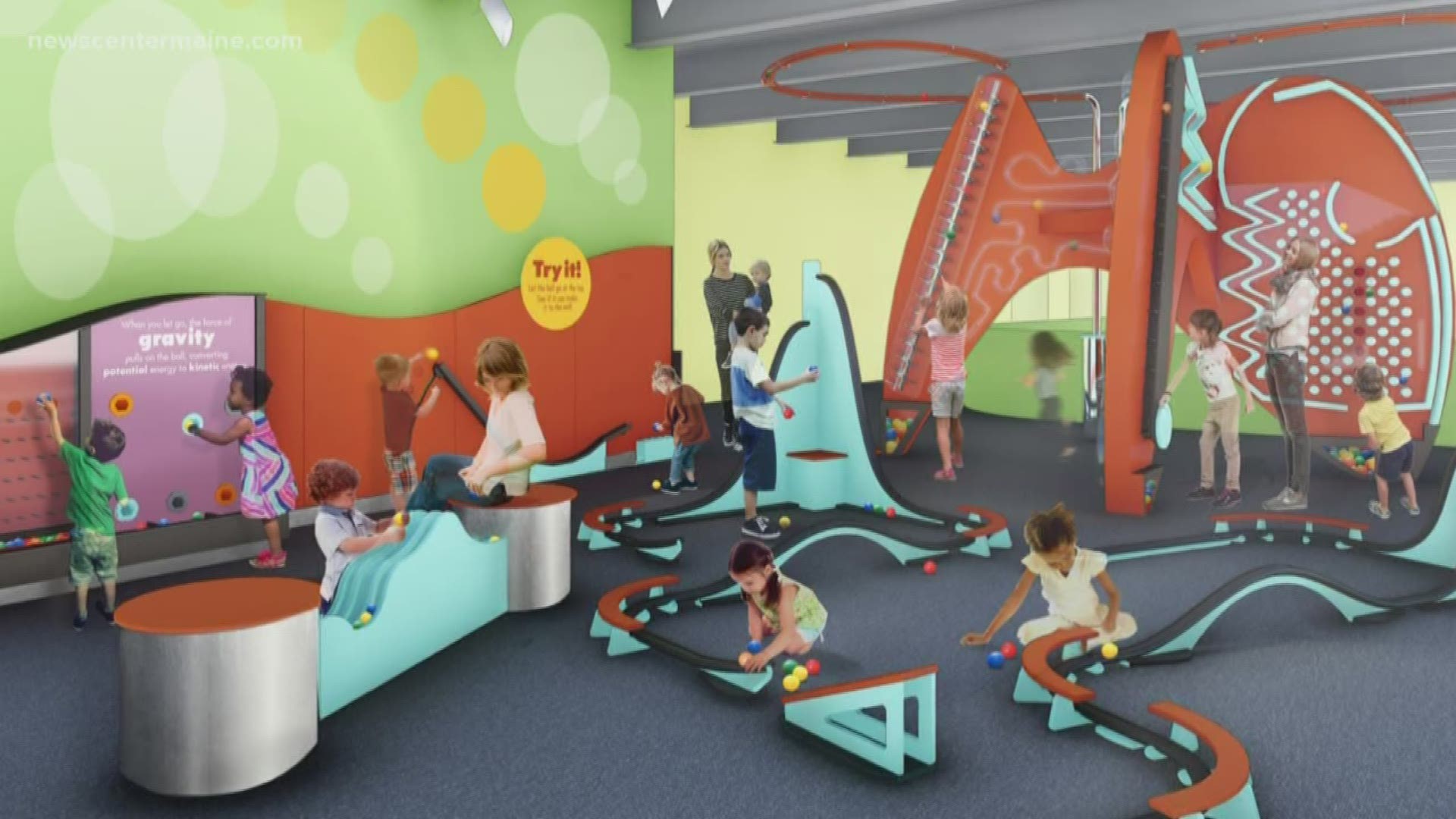 On Monday the Children’s Museum & Theatre of Maine announced the public launch of its $14 million campaign to fund construction of the Museum & Theatre’s new facility at Thompson’s Point.

The new museum will be nearly double the size of the old one. In a press release, the new museum was described as a "state-of-the-art 30,000 square foot" facility.

It will be three floors, filled with various exhibits. It will also house a 100-seat theater.

The museum projects it will host nearly a quarter of a million visitors per year.

All new exhibits will be fully inclusive to children and caregivers of all abilities.

To date, the museum has raised $12.5 million dollars in gifts and pledges from individuals, corporations, and foundations, and from the proceeds of the sale of its 142 Free Street building. Throughout 2020, community members will be invited to participate in completing the Museum & Theatre’s campaign. It is trying to raise $14 million dollars.

RELATED: Things to do in Maine this weekend: June 21-23

According to the press release, the campaign’s ten top donations include three of the largest single gifts that the Museum & Theatre has ever received.

Philanthropist Dorothy Suzi Osher has named the entire Museum & Theatre facility after her parents Joseph A. and Anna Marie Petrin of Biddeford. "Mrs. Osher has been a kind and generous supporter of the Museum & Theatre for many years and this astonishingly generous gift continues to take our breath away. Because we devote our mission not only to the healthy development of children but to supporting parents and caregivers in the joyful yet challenging job of raising a child, we are deeply moved that the entire complex is being named in honor of her mother and father," said Imagine Capital Campaign Co-Chair Barbee Gilman."

Madeleine G. Corson of Yarmouth–who is the former Chair of the Board of Guy Gannett Communications and Honorary Chair of the Imagine Capital Campaign–led the quiet phase of the campaign with a foundational gift in honor of her life-long commitment to children’s theatre. In recognition of her generosity, the new, 100-seat theatre will be named “Maddy’s Theatre” after Madeleine’s birth mother, with whom she shares her name.

“As the oldest continuously operating children’s theatre in the country, we are delighted that ‘Maddy’s Theatre’ will not only host productions by children and youth, but will also provide northern New England with an additional performing arts space for the community,” said Director of Theatre and Education Reba Askari.

In addition, a number of campaign gifts are supporting portions of an entire 10,000 square foot floor–or one-third of the new facility–that will be devoted to STEM education for school groups, and children and youth with their families.

Nestlé Waters, and their Poland Spring® brand are supporting the Museum & Theatre’s center for natural science and environmental education. This 2,000 square foot exhibit features aquariums and touch tanks that will showcase Maine ecosystems. The ecosystem exhibits range from mountain rivers to intertidal zones to the Gulf of Maine. From observing the behavior of turtles to discovering a jellyfish under an ocean pier, visitors of all ages will have the opportunity to observe nature, test hypotheses, and build curiosity. This exhibit will serve as a home for daily STEM educational programming emphasizing the importance of water stewardship and sustainability. Within this exhibit, the Morton-Kelly Charitable Trust is naming an intertidal touch tank after the late philanthropist, conservationist, and former Museum & Theatre board of directors member Joan Morton Kelly.

Another 2500 square foot space on the STEM floor features three interactive exhibits that explore the phenomena of light, water, and gravity and foster critical thinking skills and an understanding of physics. Of these, the Air, Ramps & Balls exhibit is being named by a lead gift from Drew and Barbee Gilman of Cape Elizabeth. In addition, The Hagerty Family and The Coulombe Family Foundation have named the Water Play Exhibit to show their support for the “power of play” and for investing in children to create for a better future.

IDEXX has generously named the IDEXX STEM Learning Hub. This is a large workshop offering specialized educational programming from scientists, including IDEXX scientists, who are practicing in several fields. This space will contribute to greater awareness of the importance of STEM learning and will help foster and keep the talent that Maine needs.

Bank of America's largest gift ever awarded in Maine has named the First Floor Admission Desk and the Welcome Area. The gift acknowledged the impact of the Children’s Museum & Theatre of Maine on not only individual children and families, but also on economic development and workforce development of the region. A quarter of a million visitors each year will pass through this welcome area–double the current visitorship.