Concerns of conflict on Maine’s coastline 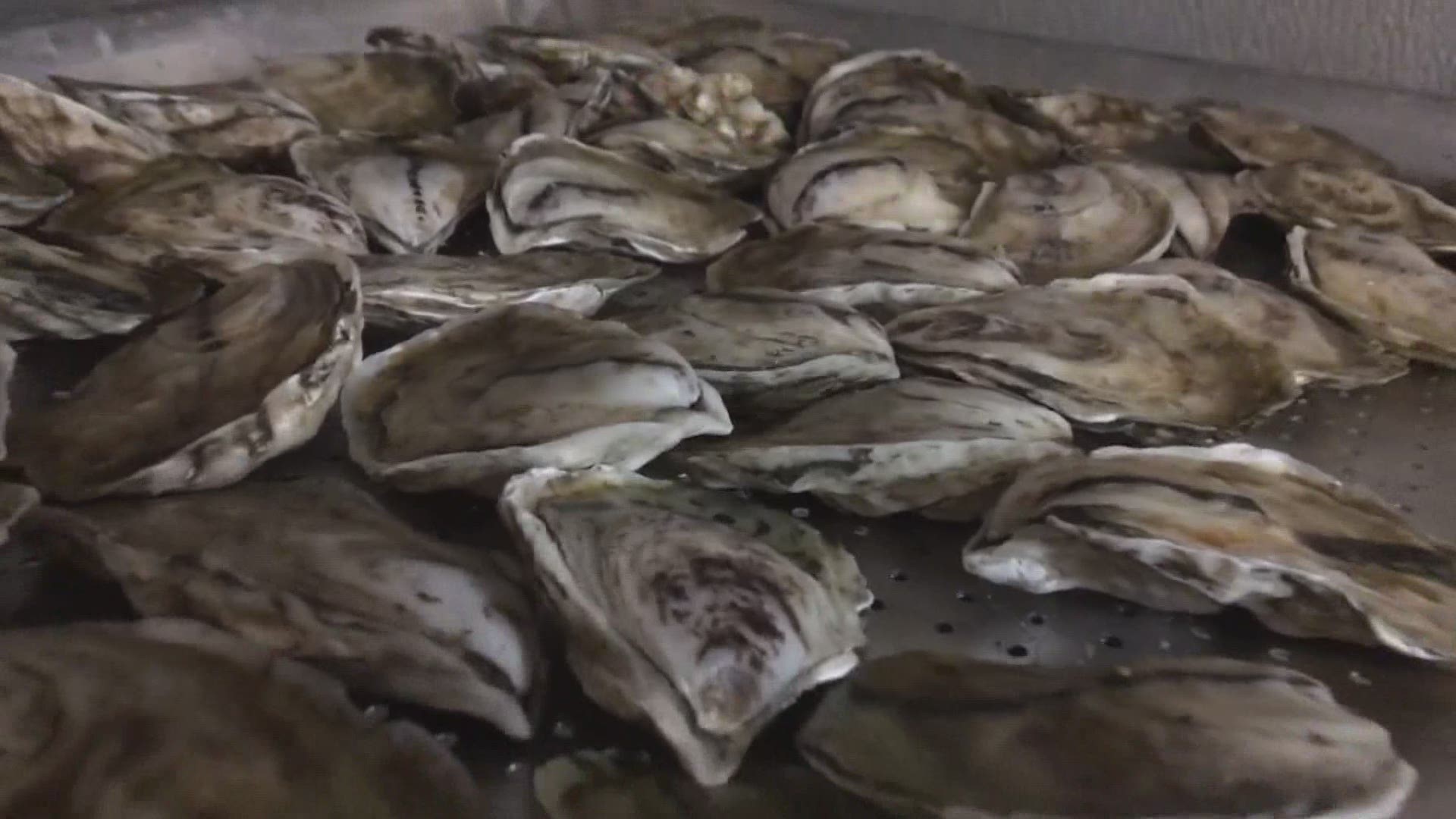 MAINE, USA — If you live in Maine, or if you’ve visited, you know it’s a seafood state. Maine lobster is delivered all over the world and continues to be one of the biggest industries in Vacationland.

Although traditional lobstering and commercial fishing dominate our coastline, other industries have expanded their reach over the past few decades.

Aquaculture is the farming of aquatic species for food. In Maine, farmers raise Atlantic salmon, oysters, mussels, seaweed, scallops, clams, trout, and more. The industry is growing, steadily. Executive Director of the Maine Aquaculture Association Sebastian Belle said the aquaculture growth is about 2 percent each year.

This year, the growth will be flat, Belle added. Every sector of the seafood industry has been hit by COVID-19 due to the impacts the pandemic has had on the restaurant industry.

With aquaculture growing, one organization is concerned about continued conflict on the coastline. Protect Maine’s Fishing Heritage Foundation (PMFHF) was established two years ago. Crystal Canney, executive director of the non-profit, said her group is fighting to reduce the size and number of aquaculture leases.

Canney said her organization is not against aquaculture, but wants to protect traditional fishing grounds.

“Holding (aquaculture) leases for 20 years and being able to transfer those leases without a public hearing is of great concern to our organization,” she said.

“(They’re) very concerned that large corporations will come in and they won’t have a place on the water,” Canney said.

The newest addition to the organization is consultant Jon Lewis. Lewis worked for the Maine Department of Marine Resources (DMR) and was the former Director of Maine’s Aquaculture Division for years.

“I do not feel like I’m betraying (DMR). I cannot give them enough accolades and unfortunately, they receive way too much criticism,” Lewis said. “I’m a believer of aquaculture, I was around it for 23 years.”

Lewis said he got involved because the conflict between lobstermen and fishermen and aquaculture is growing and needs to be addressed. Lewis joined the non-profit after retiring from the DMR in May.

Belle said aquaculture is growing, but slowly. In the past several years, the number of acres of coastal waters designated for aquaculture has grown to 1,558.

“We’ve added roughly 400 acres, which is basically smaller than the average potato farm in Aroostook County,” he said.

As Maine’s fishermen and lobstermen deal with future issues, Belle said many are adapting to aquaculture. He said some lobstermen are picking up “sea” farming in the offseason or making the transition permanently.

When asked about any conflict between the two industries, Belle agreed that there are some issues, but he said aquaculture leases, by design, cannot interfere with fishing areas.

“If there is a significant commercial fishery in an area, you will not be given a lease. Period. End of discussion,” he said.

DMR Commissioner Patrick Keliher said that because of aquaculture’s small footprint on Maine’s coast, both industries can work together.

“I firmly believe that we can find a way to have ... both of these very important industries coexist,” Keliher said.

Canney and Lewis said lobstermen were not aware of previous Maine legislative sessions dedicated to making regulations. The two, and their organization, are now trying to keep those folks in the loop.

“There will be a bill coming out of the reviser’s office and a sponsor and so far, so good, there’s listening,” she said.

Listening is what Canney and Lewis are asking for. The two want traditional fishing officials, aquaculture leaders, and the DMR to work together and plan out a strategy for the future.

Plenty of concerns face the seafood industry, and the biggest is climate change.

While the PMFHF is hoping to work with others, Belle disagreed with its approach.