'The storm before the calm.' The connection between coming out and mental health | You Are Not Alone

NEWS CENTER Maine's sister station in Cleveland looks at how community makes the process stronger, something that has been challenged this past year. 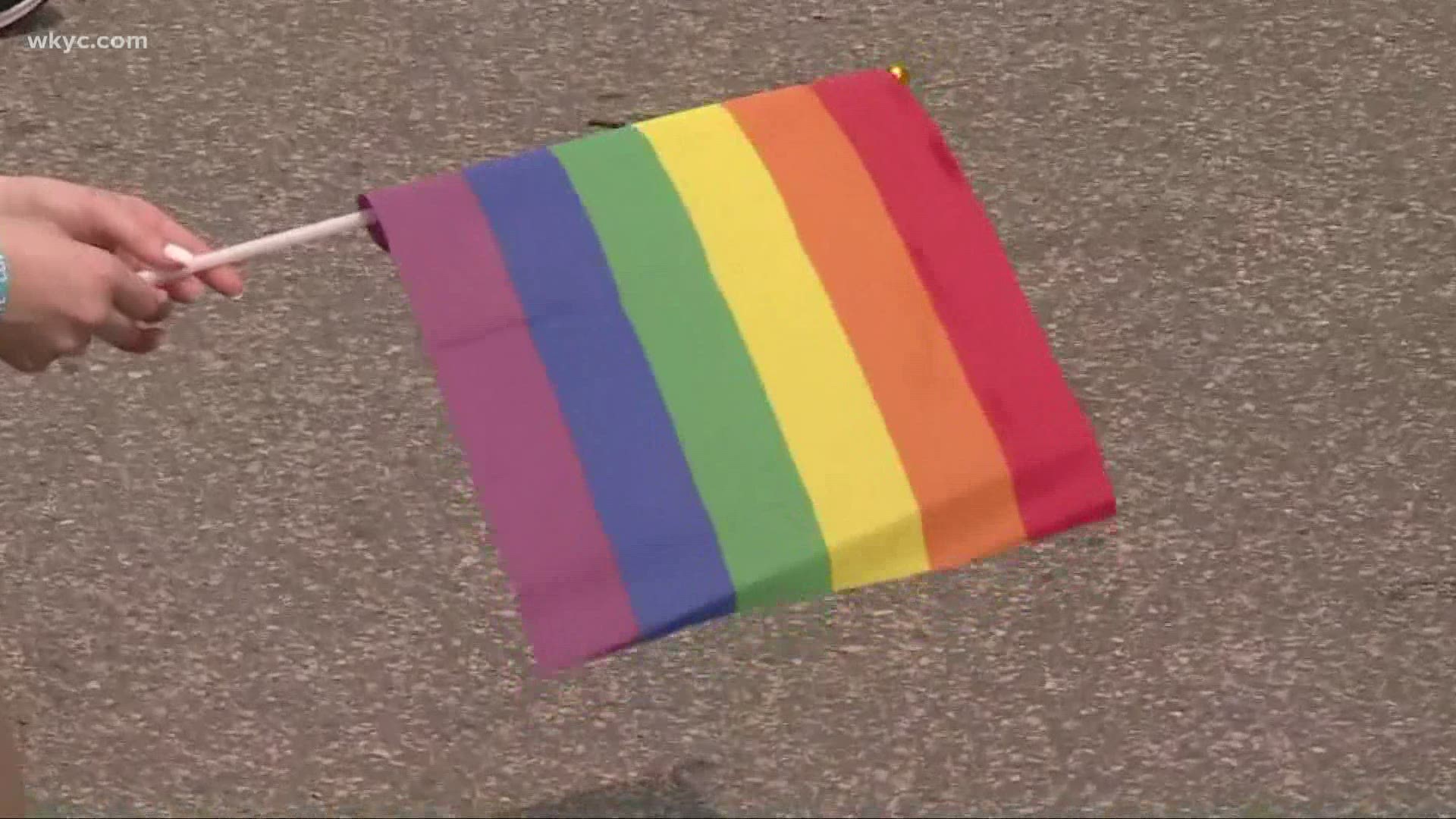 FAIRVIEW PARK, Ohio — As Pride month continues, our friends and family in the LGBTQ+ community are celebrating inclusion and awareness. But they're also celebrating the importance of something simple: Feeling comfortable in their own skin. Something that's never been easy.

"I definitely waited too long to where my stomach started to hurt, so it started to affect me physically. So I started to lose sleep because of anxiety and stress."

That's the coming out story of a 14-year-old transgender teen from Lake County remembering the anxiety they felt before sharing their identity with close family and friends. They've asked us to blur their face out of concern for privacy and safety.

"It was like the storm before the calm," they remember. "I'm reversing it because it was a storm beforehand, then I came out and everything was calm as a lake."

But that was a few years ago. Back then, they say their community was accepting, which was a huge help. But in a year of isolation, that connection wasn't within reach.

That's where the Colors+ Youth Center in Fairview Park comes in.

"There's been an increase in suicidal ideation," says Kristen Pepera, a co-founder and counselor of Colors+. "We've had to call emergency services a few times over the past year for youth who've said they have suicidal plans, or that they're planning to kill themselves,"

RELATED: Understanding pronouns and how to use them correctly

The Trevor Project is a national non-profit focused on suicide prevention. The group reports 48 percent of LGBTQ youth harmed themselves in some way in 2020, including more than 60-percent of transgender and non-binary youth. 68 percent reported symptoms of anxiety. You can read the full survey, here.

While some of us have enjoyed not dressing up for meetings and hiding behind Zoom, it can be quite the opposite for those trying to find identity in community.

"They are in spaces that maybe aren't as accepting of who they are, so they've had to go back in the closet, metaphorically -- and literally -- sometimes," Pepera explains. "Finding a space to be themselves is non-existent, they might not be able to log on outside of school to find these support systems."

Colors+ is also looking at the increasingly younger age of youth starting to explore who they are, keeping in mind the different stages of a person's mental health at each age.

"We've seen kids as young as 18 months tell their parents that they are identifying as something other than what they were assigned at birth," Pepura says.

Colors+ has adapted programs, including group drop-ins and family bonding time to a virtual setting during the past year. They're also introducing programming for younger kids to address these factors.

The hope is that one day being comfortable in your own skin won't ever be uncomfortable.

"Because not everyone can afford a therapist, so you're kind of just stuck with all your thoughts, and they can lead to bad habits," the Lake County teen says. "But you're never alone."

If you're looking to join a program to feel supported in your mental health or coming out journey, Colors+ is always welcoming new members. You can learn more about them, here.