The American Folk Festival on the Bangor Waterfront will have a smaller footprint in downtown Bangor in 2019 due to construction on the site of the Railroad Stage, AFF executive director Heather McCarthy said. 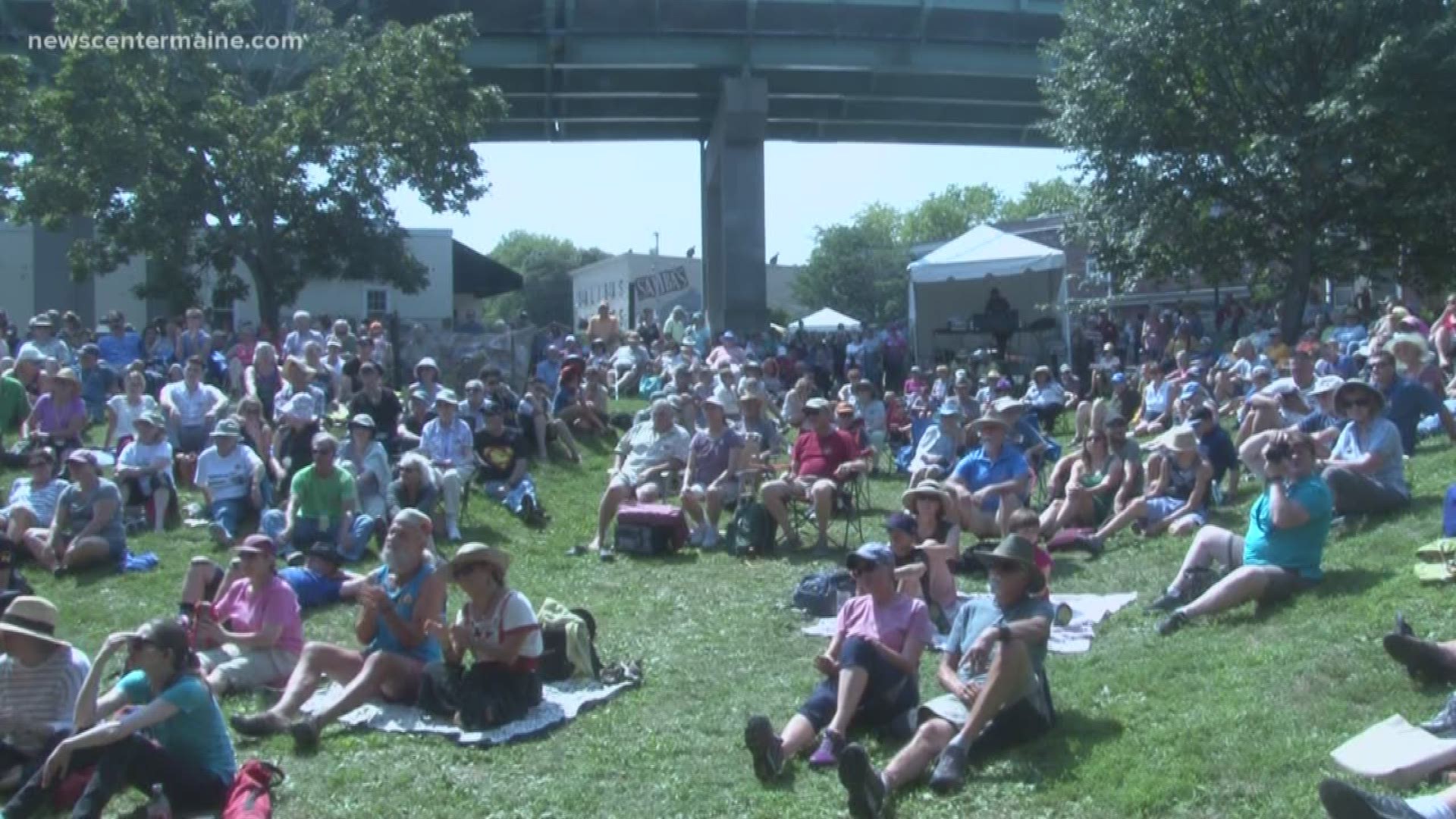 BANGOR, Maine — Before you know it, the 18th Annual American Folk Festival will be here, so organizers want people to know about changes that are in store for the event that will take place over the next three years.

The American Folk Festival on the Bangor Waterfront will have a smaller footprint in Downtown Bangor in 2019 due to construction on the site of the Railroad Stage, AFF executive director Heather McCarthy said. The work is expected to be completed toward the end of summer, but additional earthwork will take place on the area that houses the Dance Pavilion in 2020 and 2021, creating three years of an altered site of the American Folk Festival.

“If you look at our footprint when we started as the National Folk Festival in 2002, you’ll see a vastly different setup for us, and overall landscape in Downtown Bangor,” said McCarthy, who has been involved in the festival since its first year in Bangor. “Our Dance Pavilion was originally set up where the Federal Courthouse currently sits, and our Marketplace was on the banks of the Kenduskeag. So we are a nimble Festival that will make the most of the site changes due to the work that is very necessary for the City of Bangor to complete.”

McCarthy said this year the Railroad Stage will move closer to the river and will shift its angle to be pointed toward the Joshua Chamberlain Bridge. Organizers say this will create an audience area that is directly adjacent to the Penobscot River, offering incredible views while enjoying the sounds of the Festival throughout the weekend.

That move, they say, will trigger a necessary, temporary move for the Festival’s second largest stage as the Railroad Stage will engulf the area where the Penobscot Stage traditionally sits. Without much room to expand along the waterfront, organizers decided to effectively combine the style of programming for the Penobscot Stage and the Dance Pavilion into a single stage, which will be called the Showcase Stage in 2019. This stage will be located where the Dance Pavilion has sat for the past several years.

“We have very loyal fans of the Penobscot Stage programming who attend the Festival every year, and we certainly have an army of dancers who come ready to move,” said McCarthy. “The Showcase Stage will make the best of a temporary situation by offering some acts that would be appropriate for the Penobscot Stage, but there will also be a dance floor with Dance Pavilion-appropriate performances as well. We are able to combine the best of both worlds with this change, understanding that we will be just as excited as everyone else to return to having two separate stages once construction is complete.”

In 2020, when the work on the land that houses the Dance Pavilion / Showcase Stage is underway, the Festival expects to once again have three stages instead of four, although the exact placement will be decided after this year’s Festival.

“This is a big change for all of us,” said McCarthy. “We will take the opinions of Festival-goers to see what worked and what didn’t, with the understanding that we’re just trying to make the best of a situation that is out of our control. The City of Bangor has been extremely accommodating in giving us advance notice about these projects, and they are working with us on our temporary solutions. We have been fortunate to have such a great partner in the City of Bangor.”

McCarthy added that the changes will be physical in nature, but they will not change the offerings of music and the nature of the Festival.

“The American Folk Festival will once again have a large number of acts performing some Festival-favorite genres like blues, Quebecois, and bluegrass, as well as some styles and traditions you won’t find anywhere else,” said McCarthy. “This Festival is unique. There is no other no-admission festival like this anywhere in Maine. We plan to make the most of the changes in the site by doing what any festival should do – have fun with it. We’re looking forward to a unique year and experimenting with some new ideas.”

The first five acts for the 2019 American Folk Festival have already been announced, with additional acts expected to be announced in the coming days.