Family members of the 4 Maine fishermen lost at sea after their boat sank off the coast of Massachusetts on Mon. placed candles at a memorial in Portland Wed. night 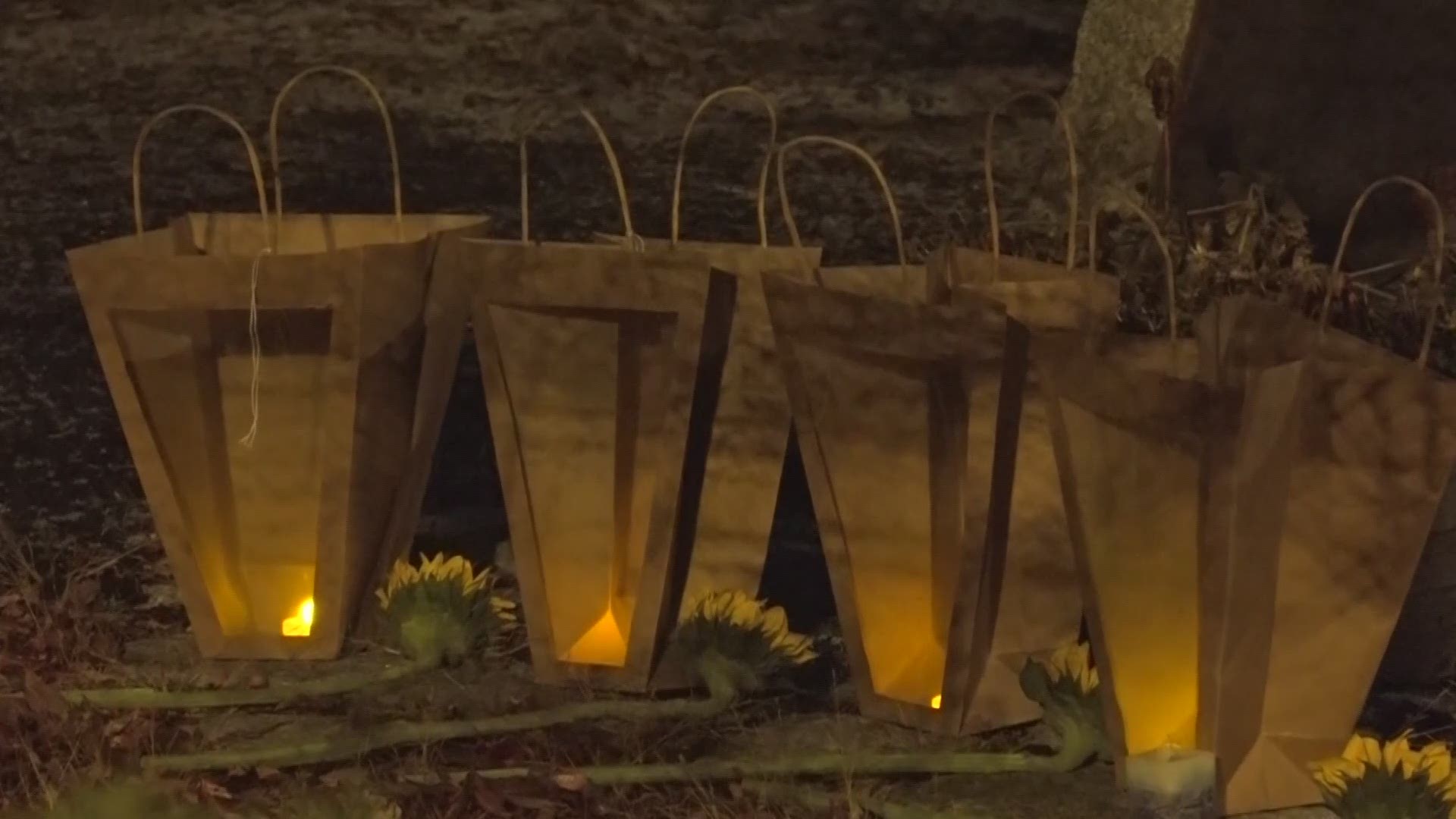 A candlelight vigil was held in Portland Wednesday for the four Maine fisherman lost at sea earlier this week.

The Coast Guard confirmed Jeff Matthews, Ethan Ward, Mikey Porper and Bobby Blethen were all on board the Emmy Rose when it sank on Monday. The Coast Guard suspended its search for the men shortly after 5 p.m. Tuesday.

Crews searched the waters off the coast of Provincetown by water and by air for over 38 hours, covering an area of nearly 2,066 square miles.

The 82-foot fishing vessel Emmy Rose, based in Portland, is believed to have sunk some 20 miles out to sea. It was reportedly head for Gloucester, Mass. The weather on scene was reported 30-knot winds with 6-8 foot seas.

No signs of the four fishermen were found. All that rescuers discovered was a debris field and an empty life raft, the only one on board.

RIGHT NOW: Family members of the four Maine fishermen lost at sea after their boat sank off the coast of Massachusetts this week have placed candles at a memorial in Portland. #NEWSCENTERmaine pic.twitter.com/qLfXXAT3KX

A GoFundMe raised more than $20,000 to support the families of the fishermen in just one day.