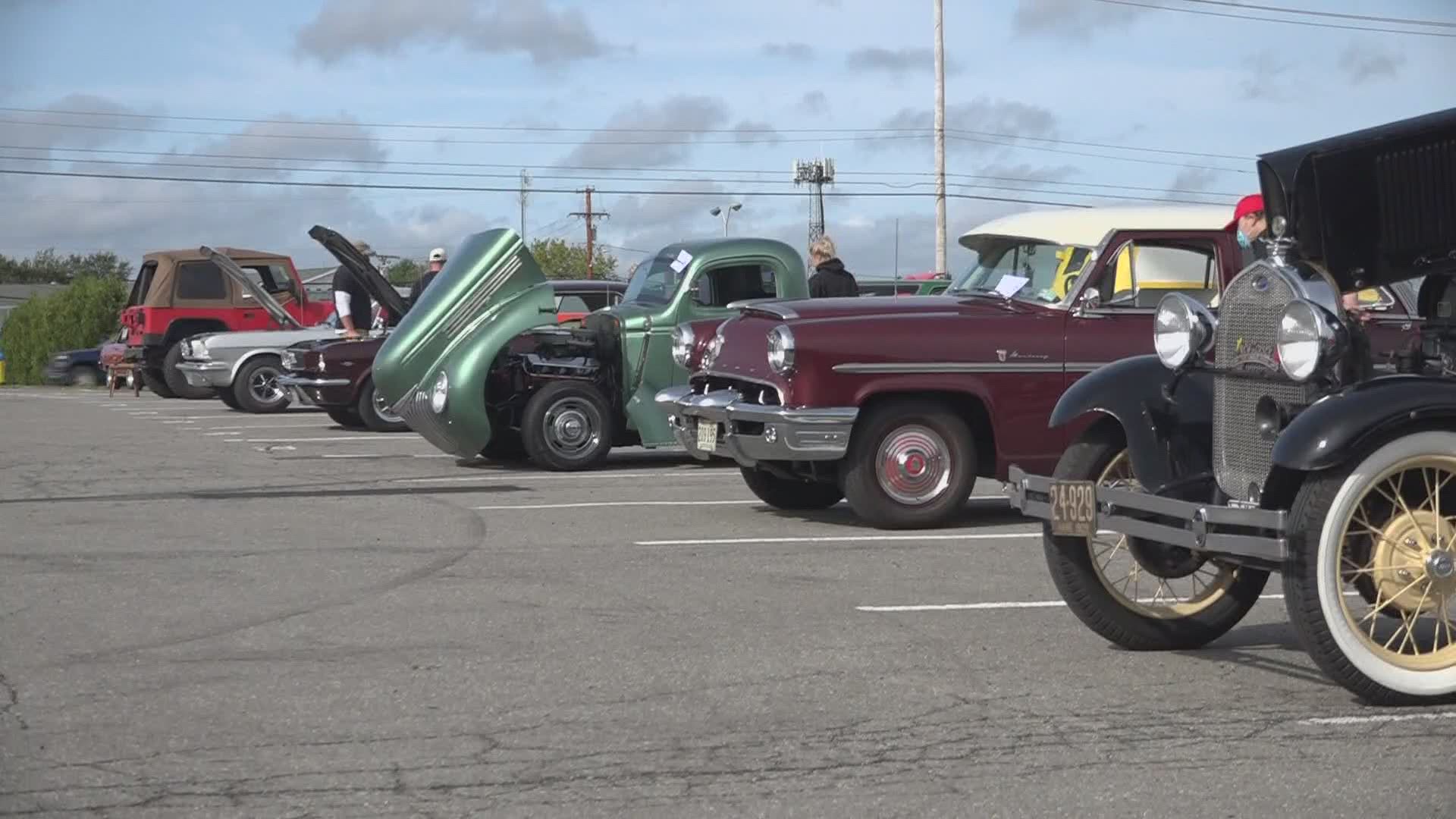 BREWER, Maine — After a summer of canceled and postponed events and celebrations, one show went on as planned Sunday afternoon.

This year's event focused its attention on the safety of the participants and spectators. Signs were posted around the car show helping encourage mask-wearing and social distancing.

Bill Buckley was excited about the car show this year. His 1965 Thunderbird Convertable makes rounds at many events across the state, but this was the only show he's been to during the coronavirus pandemic.

"We haven’t had any car shows this year, just about anywhere in the area... I love coming here, I took first place last year with this car," Buckley said.

Cars from the 1920s drew attention from the spectators, but Brandie Lopes' 2019 Jeep Rubicon always seemed to have a crowd around it. Probably because Lopes converted her whip to a campsite, putting a fridge in the back, and a tent up top.

“It’s a three-inch memory foam mattress, so it’s more than comfortable," Lopes said about the sleeping situation. “With this, you can go anywhere.”

She says the best trip with the Jeep was through the Allagash.

Patsy Husson and her car 'Scarlett' have been to plenty of car shows in their days. The 1936 Chevy Coupe even won an award at a classic car event in Canada. But she doesn't come to car shows to win medals.

“We came to see a lot of our friends who have old cars, it’s really a social thing," Husson added.

Husson mentioned she and her husband have completed the majority of the 'Four Corners of Maine' trip during this pandemic, traveling to the four geographical points of the state. They just need to take 'Scarlett' down to the southern beaches to complete the journey.